The Unknown Shipwreck is located in the open sea of Limassol. The vessel which was recently identified by a drone in the Limassol sea area was unknown to the authorities.

A few years ago the tide brought a metal carcass of the ship and the Agios Ilarion Port Boar hit on it creating damages of 28 thousand pounds.

The ship was originally bought as scrap by a Cypriot company in 1985 and even though a large part of the ship was removed, a storm sunk the ship leaving the carcass at the bottom of the sea.

The company did not have any interest in removing the rest of the ship and the authorities did not force the company to pay for the consequences.

The particular shipwreck is located at a depth of 10-12 metres from the surface, although when water is withdrawn from the inside the wreck can submerge to up to one metre under water,

which is extremely dangerous for other vessels. A few years ago a floating light was laced on the wreck in order to show other ships of its location.

This however was cut off during a storm and was never replaced. 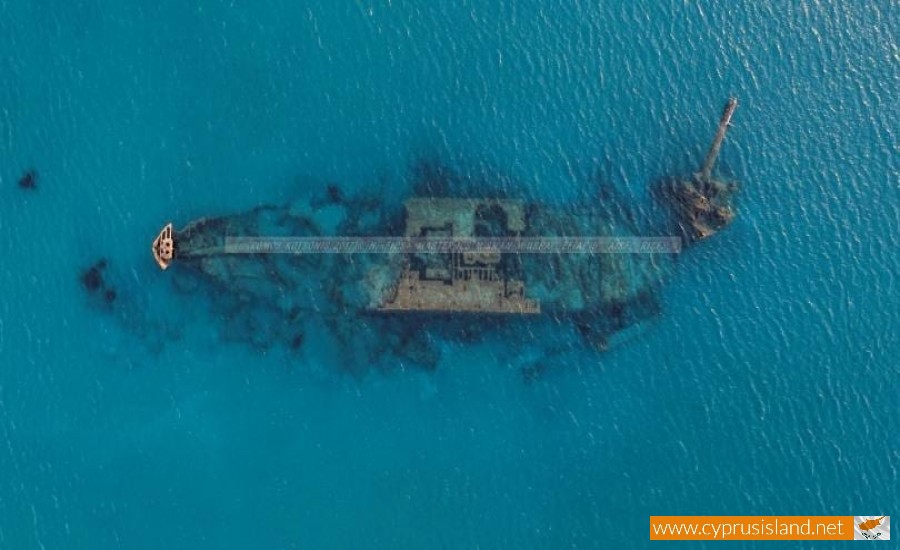