Flaounes are Easter pies with cheese filling that are very popular on the island. Flaounes have been made in Cyprus since the 19th century. According to tradition they were made on Holy Saturday and were then transferred to the churches where they were eaten after the Resurrection. They were also offered to visitors as well as people who were not able to make them themselves such as elderly people or poor people.

According one version, the word flaouna comes from the ancient Greek word Palathi (a pie made from dried fruit) or from the synonymous Latin word fladonis. Another version states that the word flaouna comes from the ancient Greek verb flao. As a word, flaouna can also be found in Arcadia and it is defined as a pie that is made on the grill and cooked on a barbeque. In Cyprus, the particular delicacies were called vlaounes. In the area of Karavas they were called fesouthkia, while in Karpasia they were known as aflaounes.

The preparation begins from the previous day. Firstly the filling is made, which is a mixture of Cypriot cheese, leaven, eggs, raisins and other herbs such as mahlepi, mastic, Mint and cinnamon. The filling is left in the fridge overnight to soak in the various spices. The dough is prepared the following day. Pieces of dough are then filled up with the cheese, the other ingredients, and made into small pies either square or round shaped.  The egg is then brushed on top of the flaounes, and sesame seeds are sprinkled on top of the pies. They are then placed in the oven.

Flaounes can also be made without raisins therefore can be made sweet or savoury, according to taste. As for addition of aromatics in some areas cinnamon can be added, seeds are added mainly in Paphos as well as other areas such as Pedoula, Agros, Strovolo and Lymbia. In the area of Pitsilia, psevdokrokos is added in order to have a more intense yellow colour. The amount of mehlepi also differs accordingly. The taste can be sweeter or saltier. It can become sweeter with the addition or larger raisins or sugar, while it can become saltier by not adding any raisins.

The cheese used in the mixture is cheese from Paphos and halloumi (with an analogy of 1 kilo of Paphos cheese and 1 kilo of halloumi). Kefalotyri is another cheese that can be added in order to become saltier. The cheese must be semi hard or hard so that they can easily be grated. Cheese made from sheep milk is considered to be tastier. In the earlier years anari cheese could also be added in order to make the flaounes lighter. Therefore less fattening flaounes can be made with anari cheese. 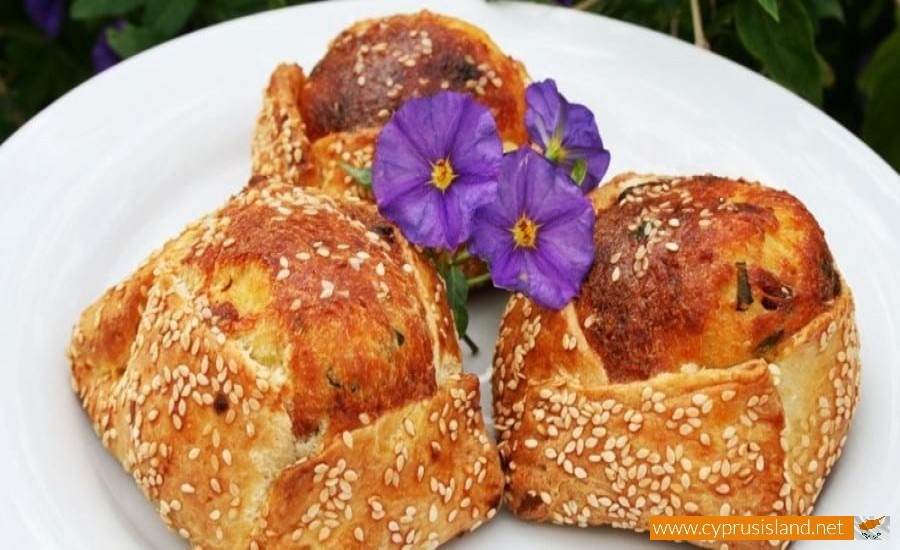 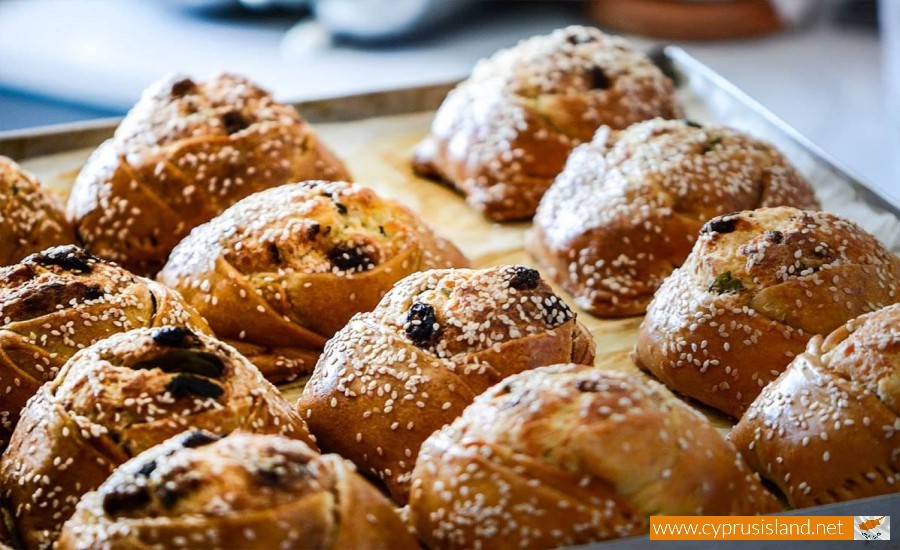 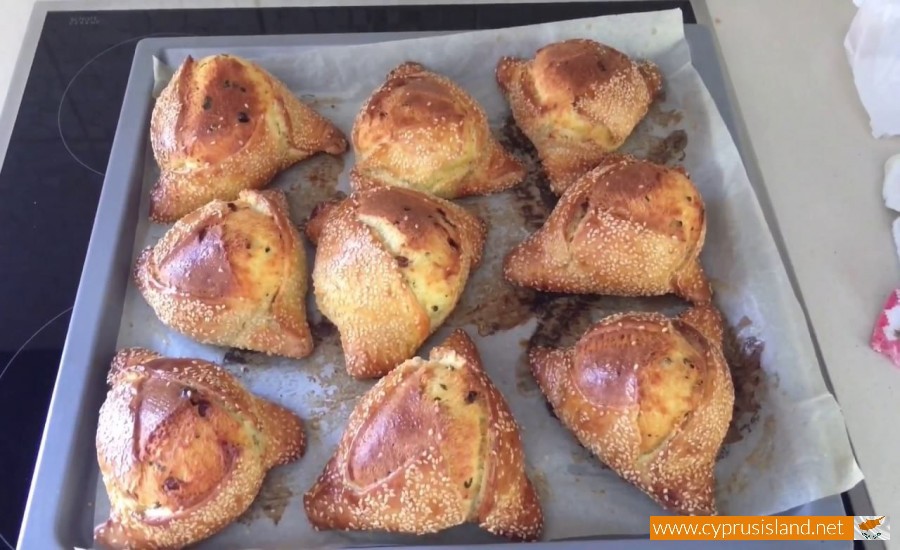 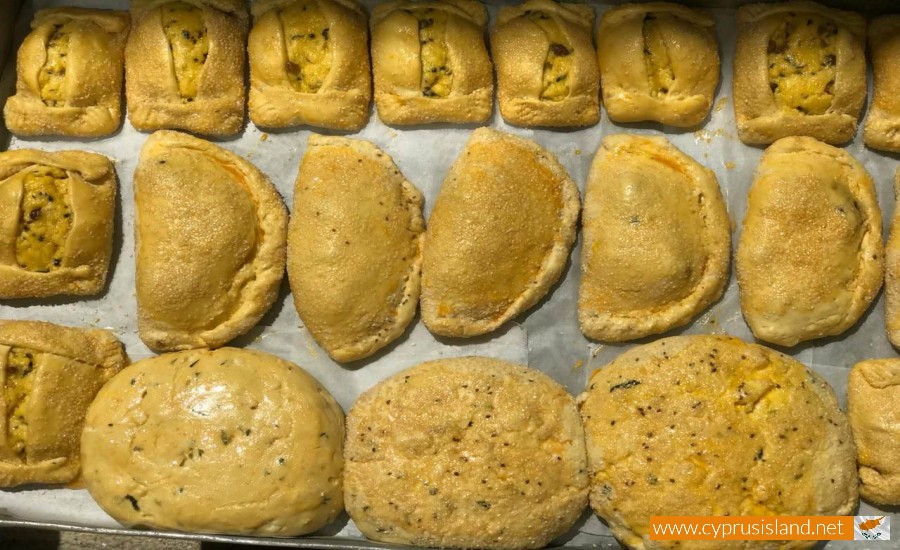 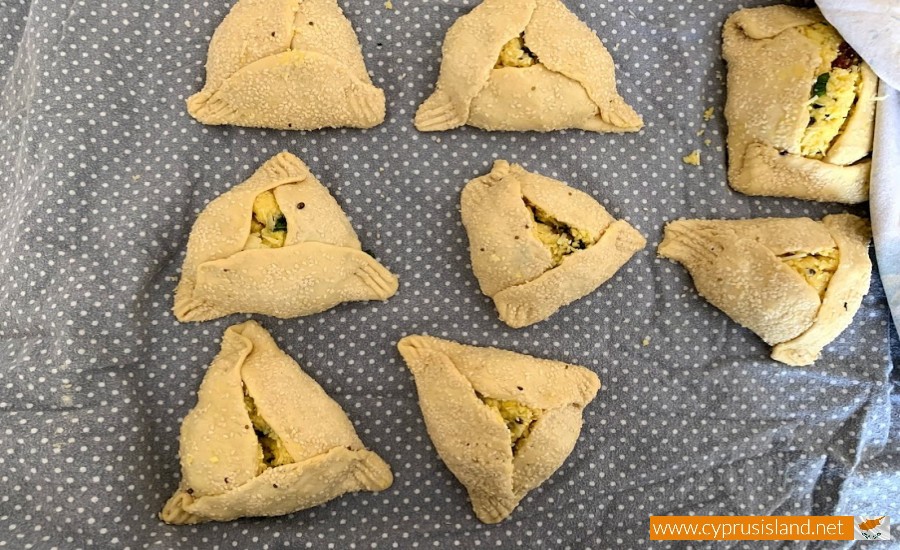 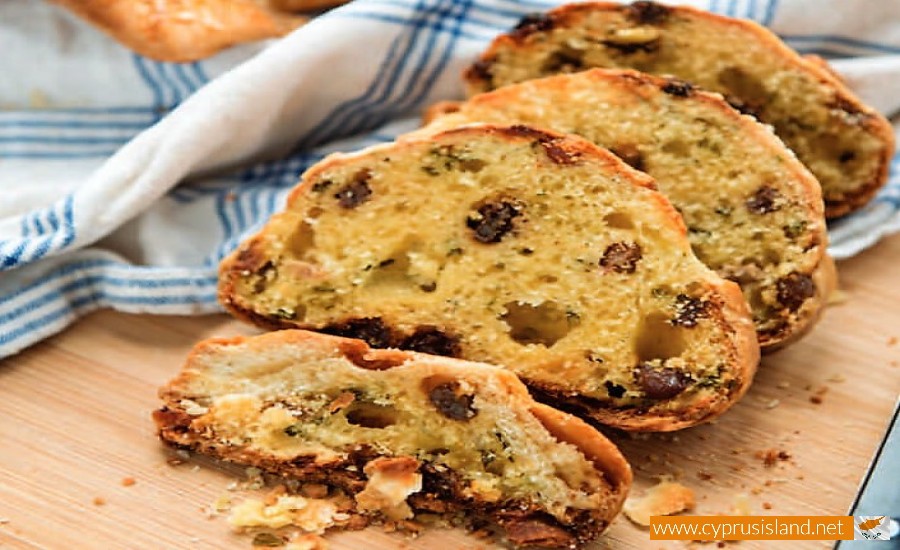 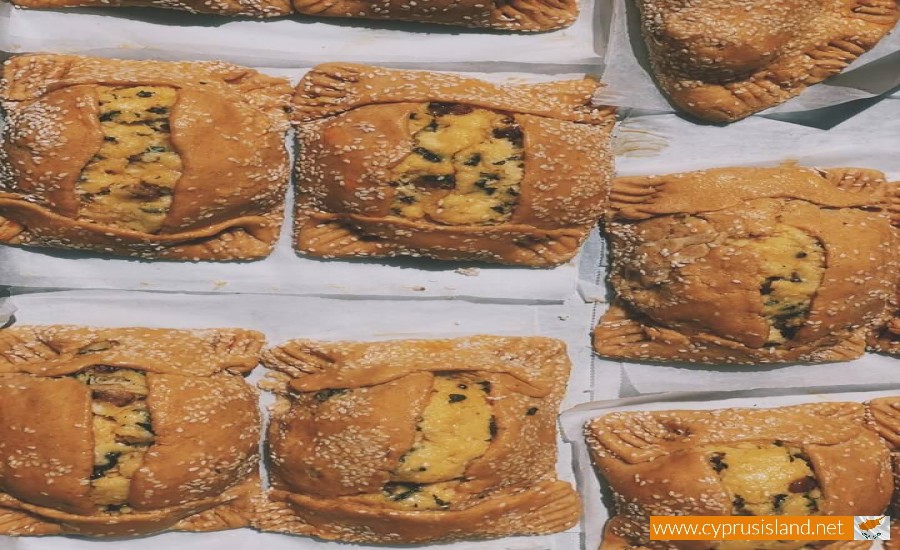 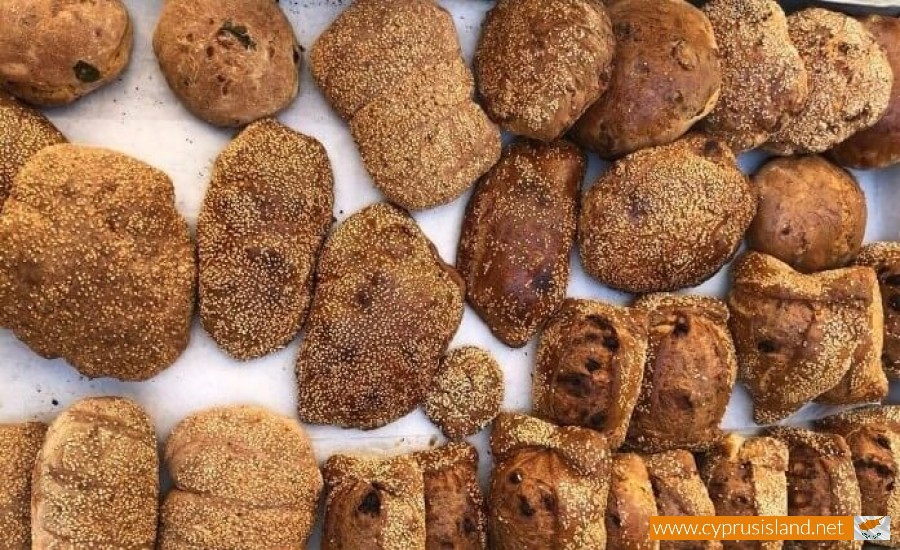 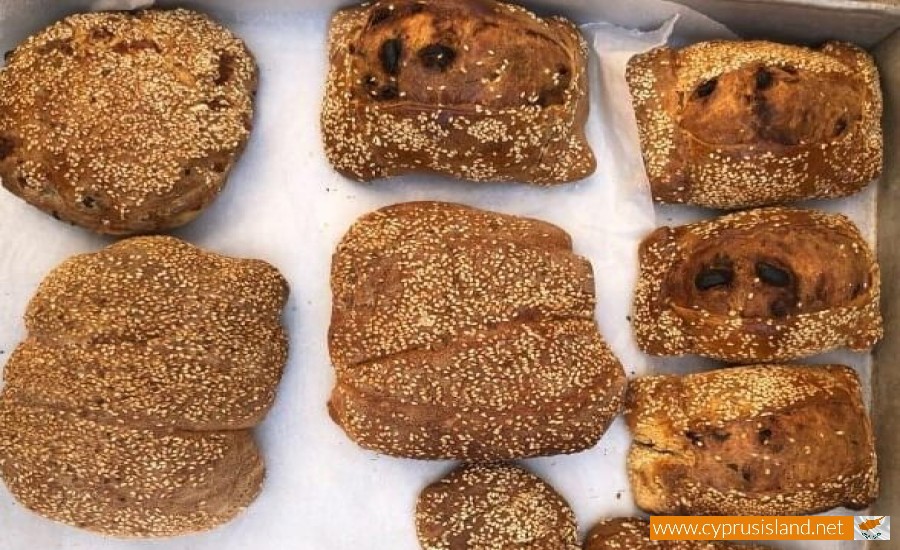 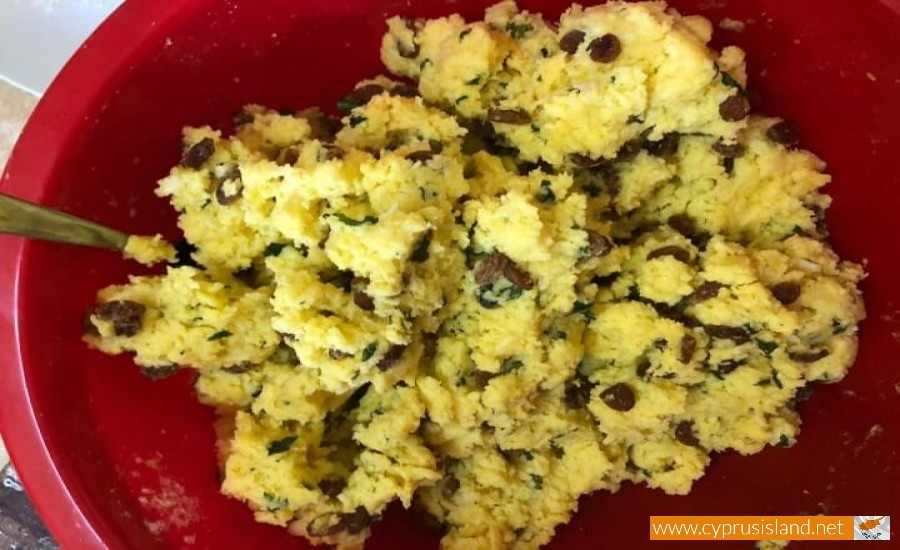