Kolokotes are traditional pumpkin pies which are made in Cyprus. They are made with homemade pastry and pumpkin filling.

They are not sweet and not savoury therefore they are perfect for breakfast , as a snack with coffee or even as a meze with a glass of wine.

The filling is made up of small pieces of pumpkin along with rice or bulgur wheat in order to soak up the pumpkin juices, oil, almonds, raisins, fennel, black pepper and cinnamon.

There is not much sugar added as they already get their sweetness from the raisins.

Kolokotes are suitable for during the fasting period as they are nutritious and filling. During non-fasting periods egg can be spread on top of the pastry before placing in the oven.

Kolokotes are associated with periods of Lent during Christmas and Easter, as they are a tasty and Lenten dish.

If the pumpkin is fresh and juicy, it should be left to draw its liquid into a strainer for about half or an hour. If it has been cut for days, it may not have fluids so in this case it can be mixed with the rest of the ingredients. The bulgur wheat and the raisins will rise from the fluids which the sugar and the pumpkin will leave. The stiffing isn’t made very sweet, that is why the raisins are necessary.

The flour is placed in a bowl, and a small hole is made in the middle so that the oil is placed into it. The flour and the oil are mixed and then water or juice is added in order to create the dough. The dough is then left to rest for half an hour.

The dough is flattened until a thin sheet is made, not thicker than 3cm, and is cut unto circles with a dimeter of about 15 centimetres with a plate. The stuffing is then placed into the dough and it is folded over making a half moon. The edges are flattened with a fork so that it doesn’t open.

The pies are cooked into a pre-set oven at 200 degrees until the dough is golden. When the pies come out of the oven they can be glazes with money in order to shine. 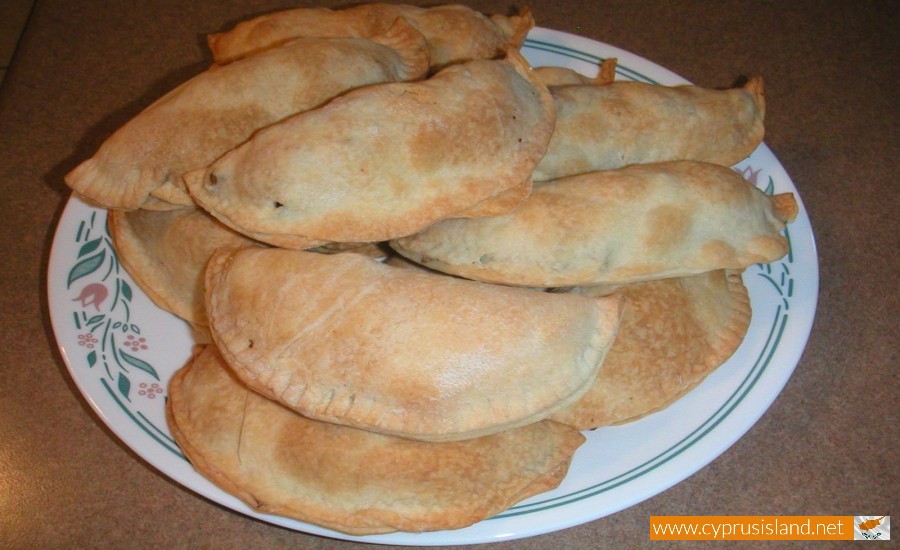 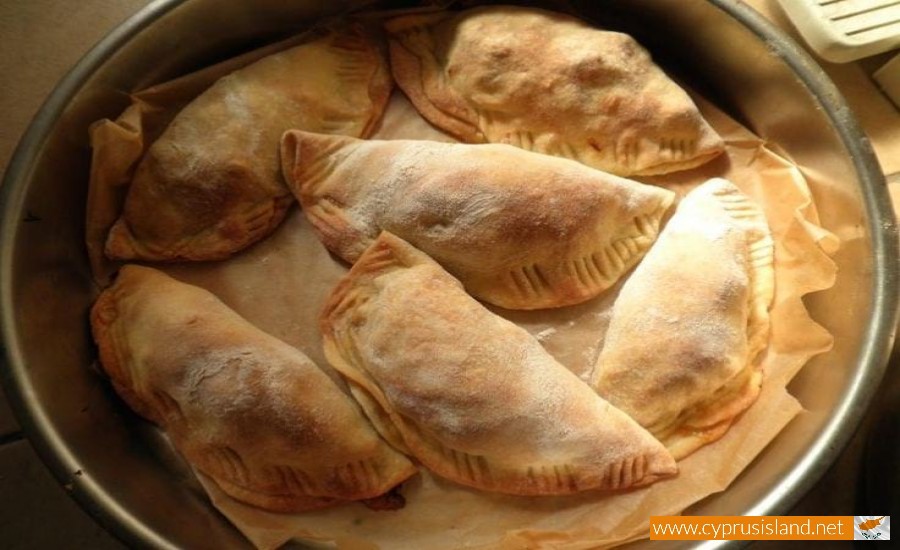 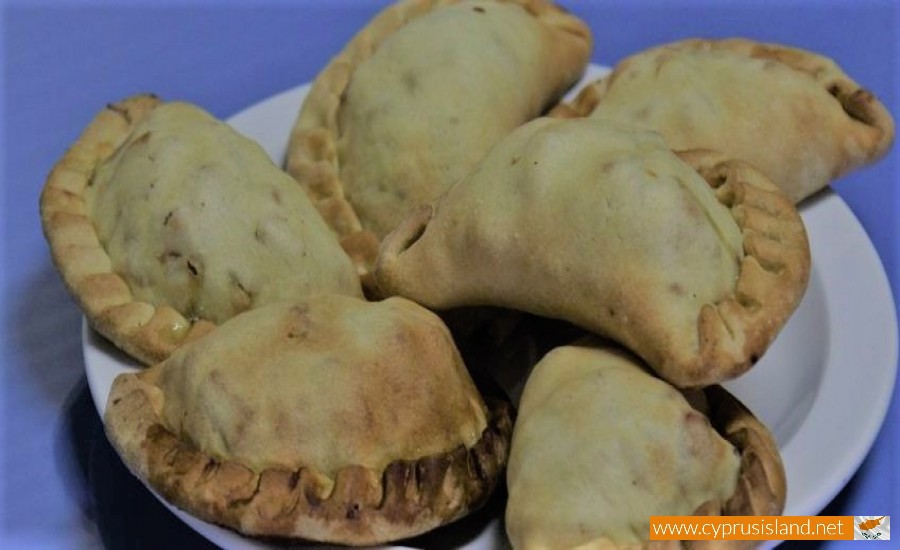 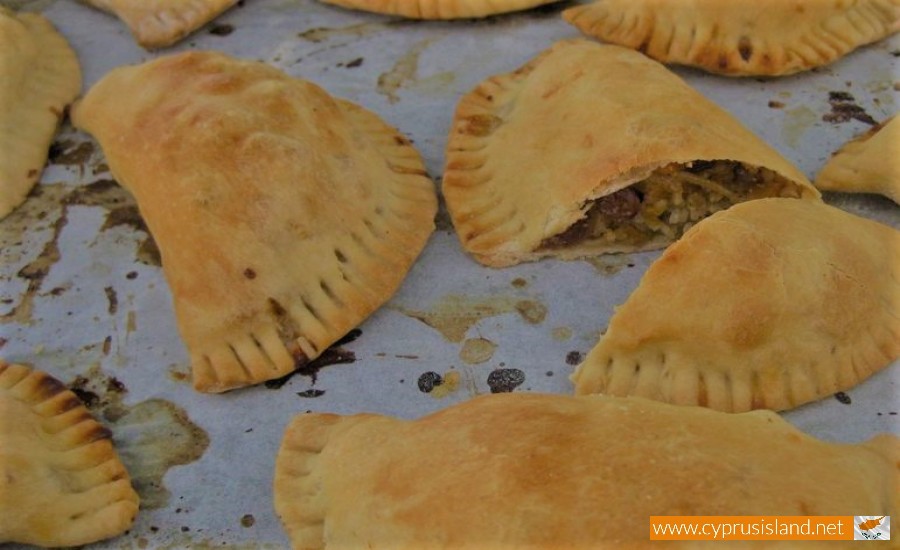