The Akapnou Bridge is located to the northwest of the community of Akapnou in the Limassol district.

The stone bridge is situated at a distance of 300 metres from the centre, surrounded by thick wild vegetation, with one of the Vasilopotamos Rivers flowing beneath it.

The particular bridge was built during the Venetian period and it is linked with a series of stories. It is worth mentioning that it was used by the Crusade army in order to pass from Larnaca to the area of Pitsilia. The particular characteristic is the fact that it has two arches, one is pointed and the other is semi-circular.

The Akapnou Bridge is one of the many bridges which were built during the medieval period in order to make the communication between the towns and villages easier. According to tradition the area in which the bridge is located in, is linked with the king and queen. The king and queen had an idea to create a groove, in order to transfer water from Vasilopotamo River to the plain located to the northwest of the community. Their plans were disrupted however, when the Sarakinians arrived at the island and were getting ready for raids. The king and queen then decided to abandon the area, after hiding their treasure in the plain. As they were leaving the village on their horses, the queen fell of her horse and into a river, resulting in her death. Since then the particular river was known as “Arkaki tis Rigenas”.

Access to the particular area and the bridge is especially easy, therefore a visit is worth it. The combination of rich natural vegetation along with the purl of the river will charm you. 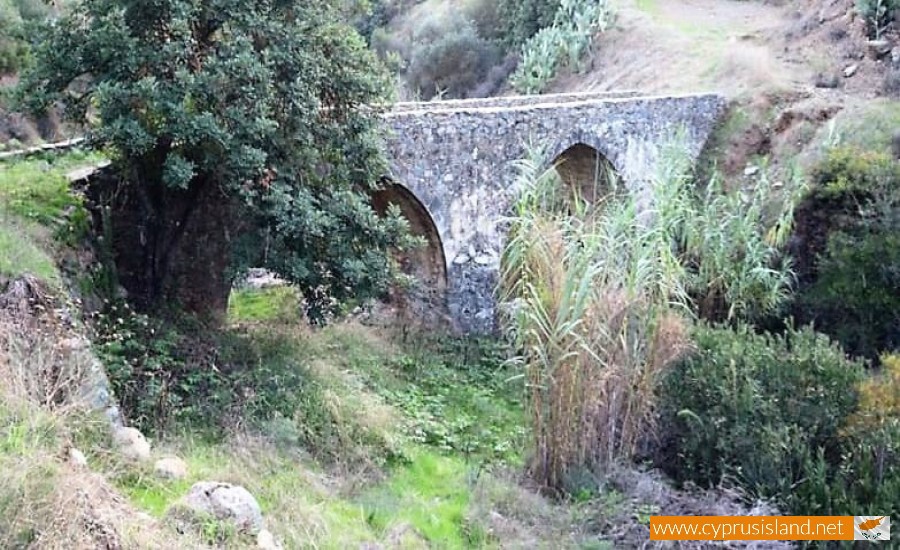 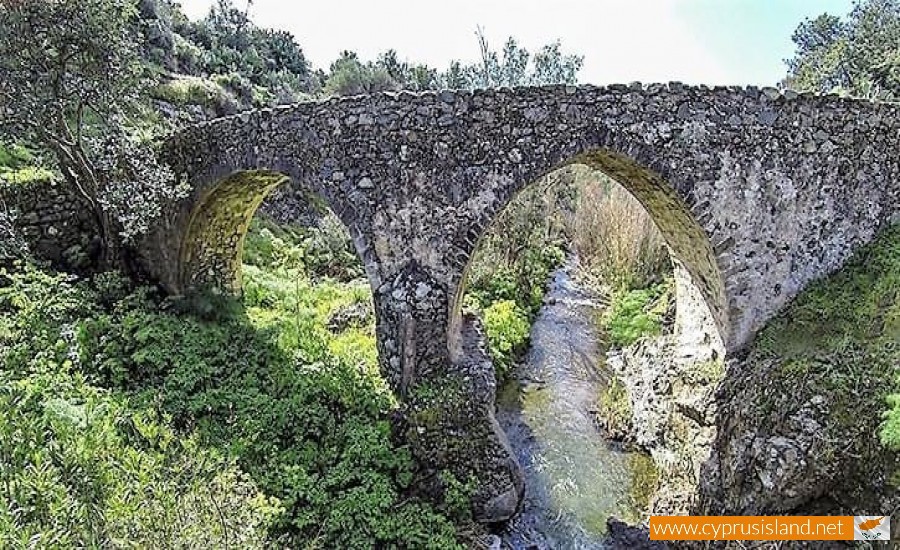 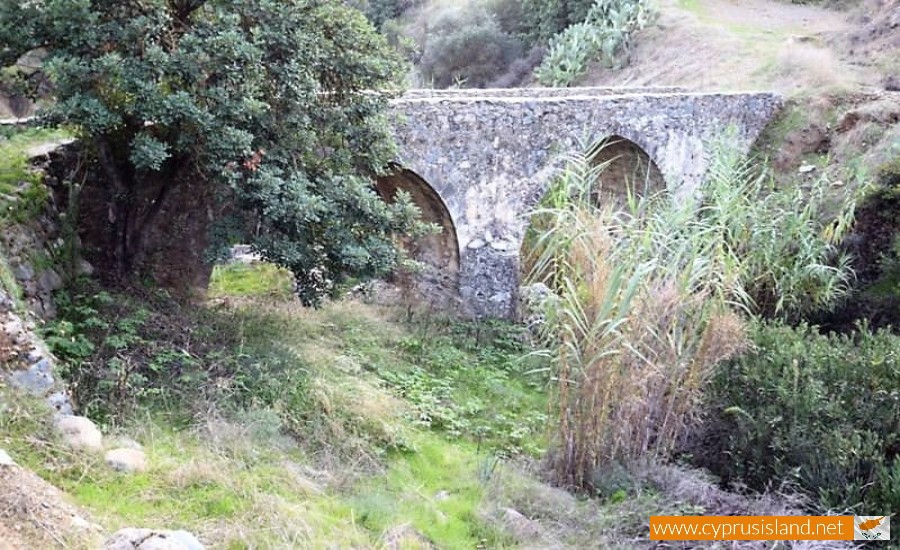