Treis Elies Bridge is one of the bridges in the Treis Elies Village. The village of Treis Elies is located in the Marathasa Valley area in the Limassol district.

The village was also included in the royal feuds during the ruling of the Franks.

The Treis Elies Bridge is a one arched stone bridge of the Venetian period.

It is situated on the road that leads to Kaminaria, which used to be part of the pathway leading from Paphos to the area of Morphou.

The surrounding area around the bridge is made up of wild thick vegetation in combination with the Drakonta River, a smaller river of the Diarizos River that flows under it, creating images of unique beauty.

A nature trail of 2, 5 kilometres passes by the bridge, starting from the village of Treis Elies and ending at the location of Orpolis.

It is an easy trail that offers a unique view at its whole length and passes by remarkable attractions in the area.

In particular it the nature trail passes by the two venetian bridges of Treis Elies and Mylou, the remains of Agios Andronikos Church,Drakonta River,and the Kato Mylos Cliff. 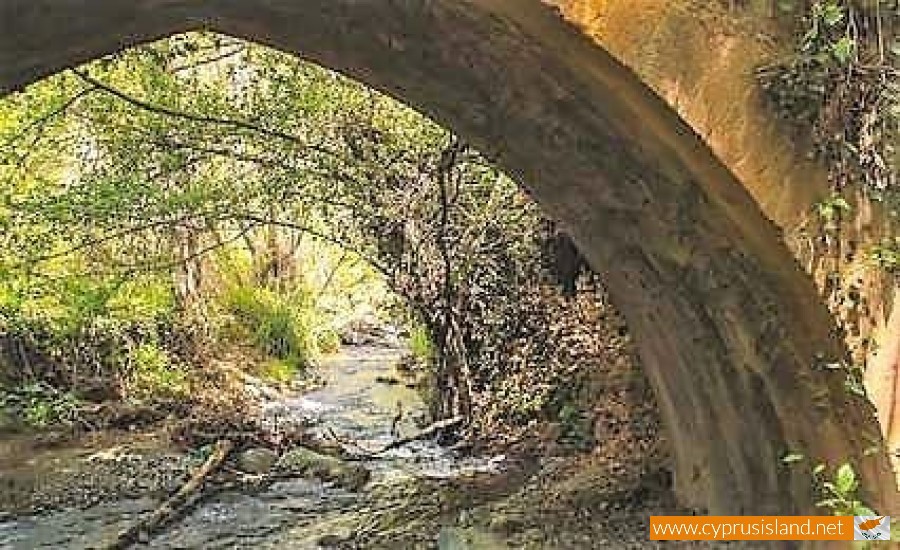 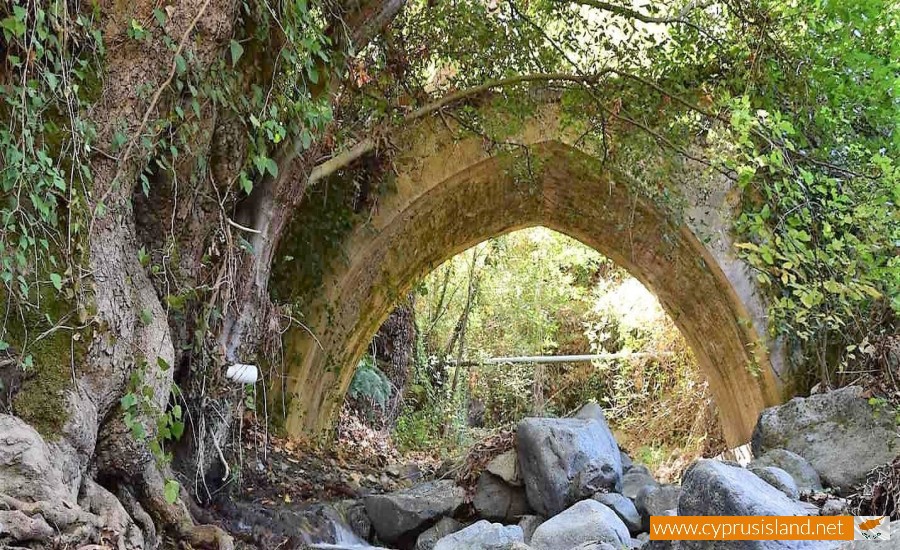 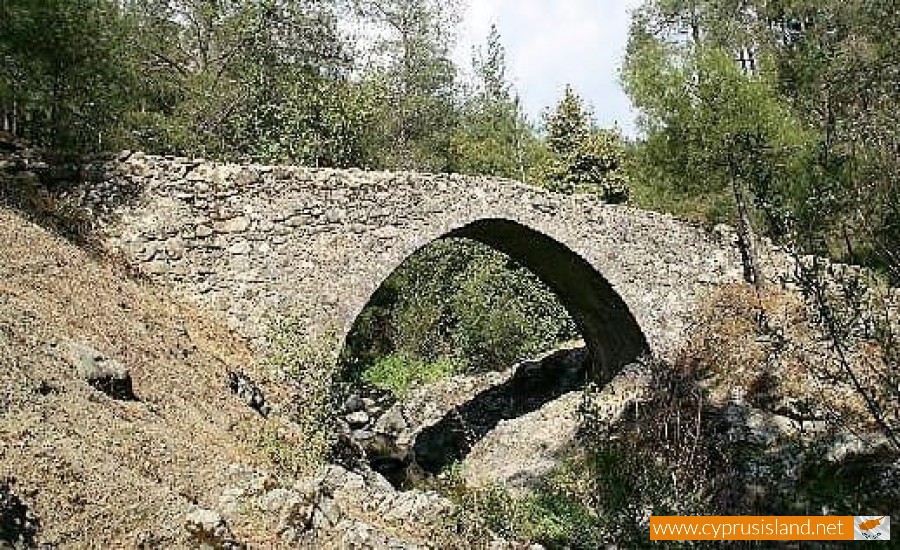