Souvlaki is a characteristic Greek delicacy of cooked pieces of meat which is known all over the world, and is served in special fast food shops or restaurants. It is also a type of fast food which is served at celebrations.

A souvlaki is made of pieces of pork or chicken meat passed on a small wooden skewer which are then cooked on a grill. In Greece a souvlaki is served on its own as a kalamaki or in a Greek pitta, while in Cyprus it is always served in a Cypriot pitta which is bigger than the Greek pitta along with cucumber , tomatoes, parsley , onions and a type of sauce usually tzatziki or yogurt. There are however some variations according to the area, for example in Larnaca tahini is added in the pitta, and in Limassol pickles are added.

Apart from pork souvlaki, the Cypriot fast food stores offer chicken souvlaki as well as sheftalia which can also be ordered in combination for example a mixed is made up of souvlaki and sheftalia. 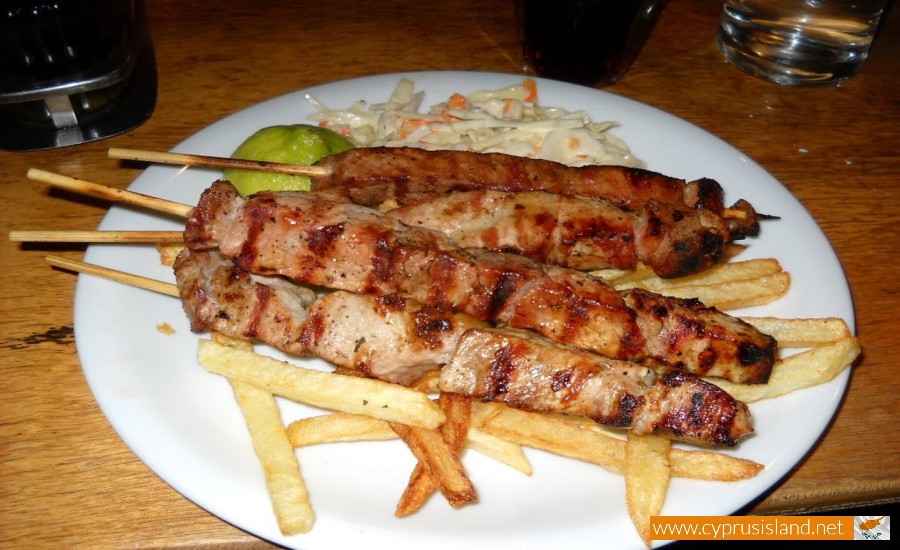 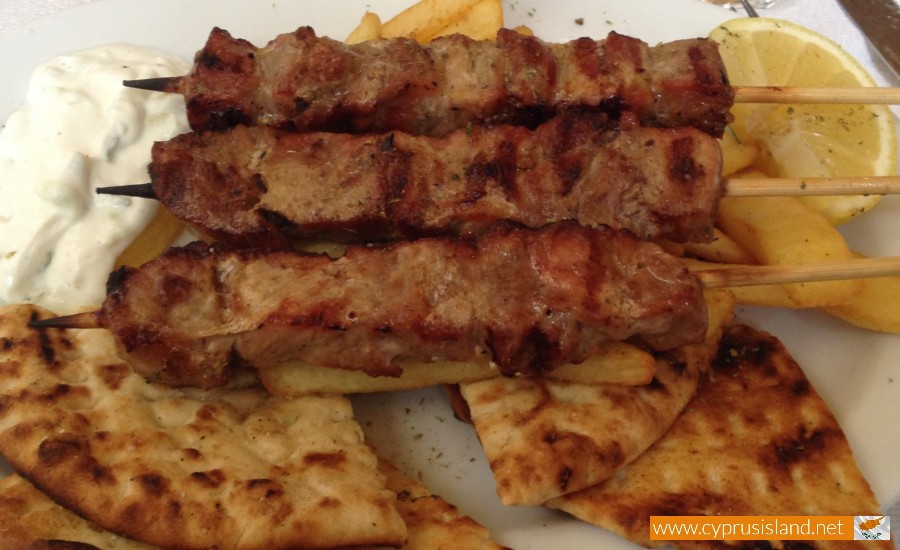 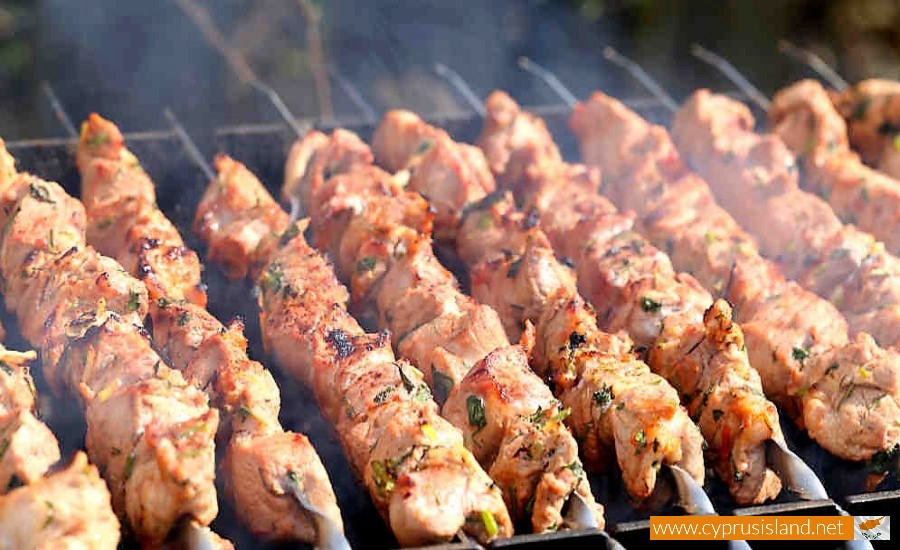 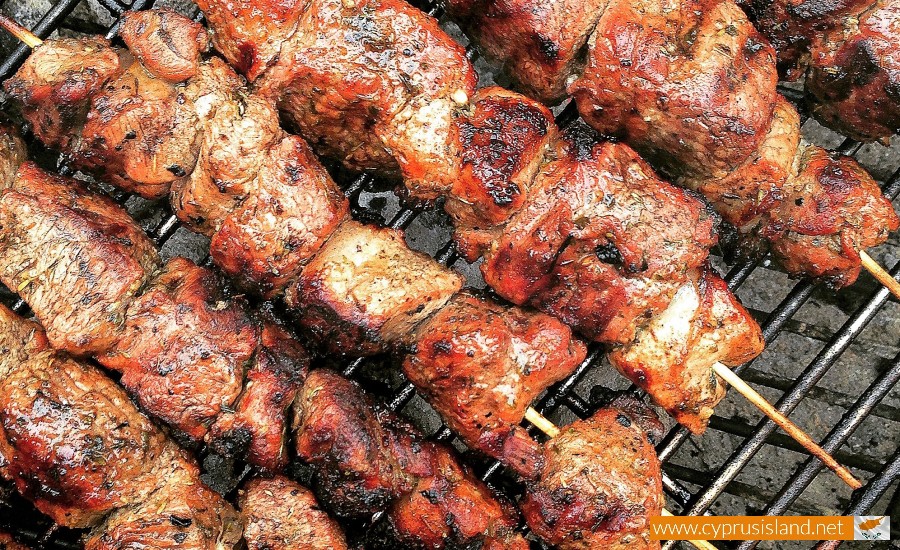