Stifado is mainly a winter food and is considered to be one of the favourite ones on the island.

It is a casserole dish which includes meat, caramelised onions, tomatoes and spices (cinnamon and cloves.)

Stifado can be made with a variety of meat, such as rabbit, beef or hare. It is usually served with pilaf.

A great stifado will have been cooked for a few hours and will melt in your mouth.

It was originally brought to the island by the Venetians, and it did not include tomatoes as there weren’t any at the time.

During the 16th century tomatoes came to Europe, they were combined with the dish and since then Stifado has been made with tomatoes. 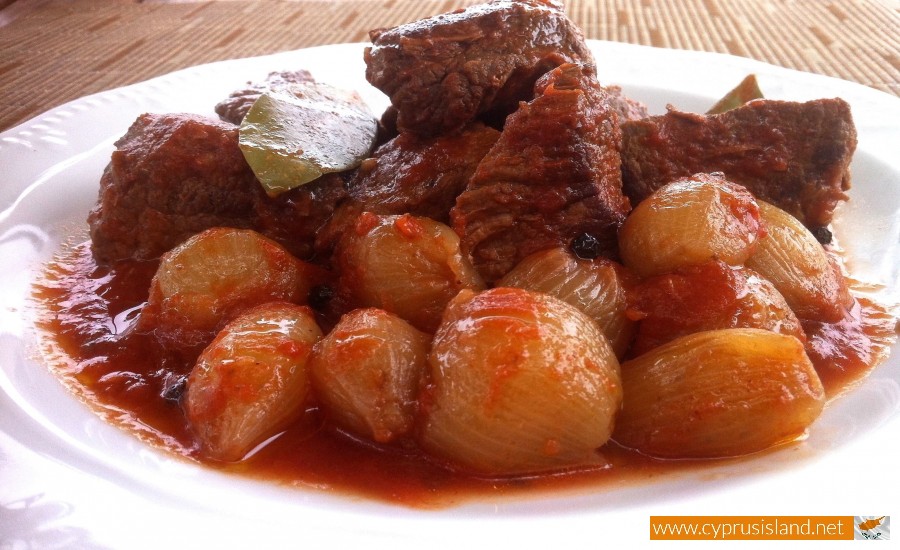 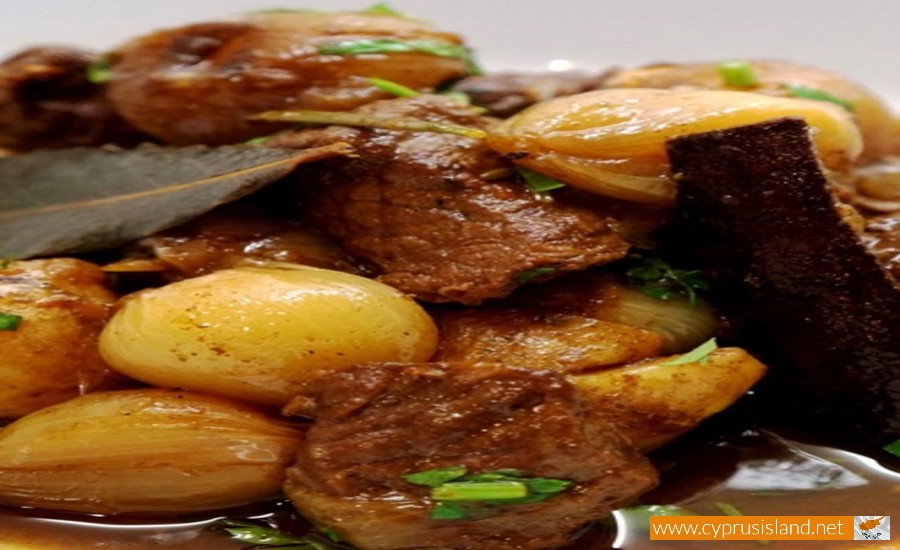 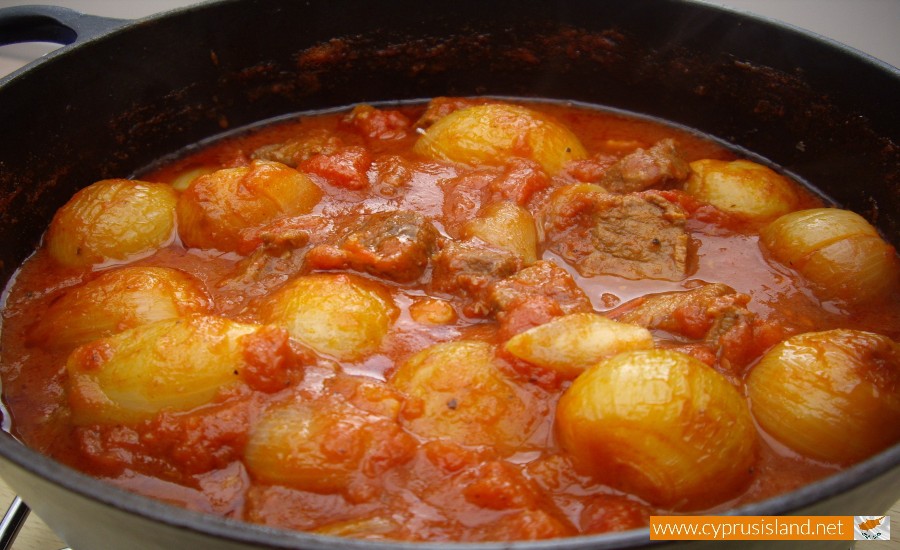