The Elpinikeios Library is located in the town of Nicosia. It took its name from the teacher Epiniki Papadopoulou , to whom the lodge belonged to and it is  under the cultural services of the Ministry of education and Culture.  The lodge was donated by Elpiniki herself while she was alive in order to create this library.

The management of the library began in February 2000 and its operation to the public began on the 17th of April 2001. It is located in the area of Pallouriotissa in Nicosia. The library operates as a public library and the material in the library is made up of monographs, magazines, informative material (encyclopaedias, dictionaries etc).

The collection is made up of 60.00 tombs of sorted books by the Dewey decimal classification system with a variety of subjects such as literature, history, religion, science, economics and others. The Dewey decimal classification system divides the fields into ten main categories.  The atomisation of the library began in 2003 and it is continued. The library system which is used is the ΑΒΕΚΤ 5.6. The library has about 860 members.

The Elpinikeios library aims to provide services mainly for the residents of the areas of Palouriotissa and Kaimakli but also for the wider area of Nicosia. The largest number that one may borrow is five books for a number of 21 days, according to their demand.  After the deadline, the member may keep the books as long as they have not been asked for by another person and may renew tem for another 21 days.

Access to the electronic catalogue of the library is done through the website of the Ministry of Education and Culture , the CLN - Cyprus Library Network (www.cln.com.cy) as well as the page of the Cypriot Library Catalogue. 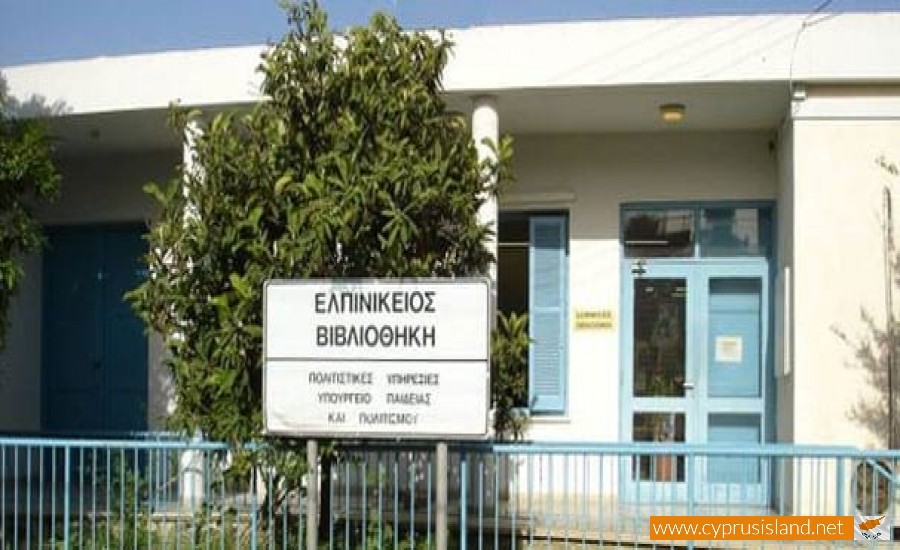