At the east of the village of Alaminos is the church of Agios Mamas. The church  was built in 1992. The large temple was dedicated to Agio Mama and was built with the help of the residents. Its architecture is of a royal architecture. It is large enough to accommodate up to five hundred believers.

On the outside the temple is white and the square is large, with a tall built bell tower to the east part of the temple and two bells are in it. Going into the temple, one can admire the beautiful iconographies which are characterised from their shape and give a special note to the temple. They are located on top of the altar and depict the Virgin Mary and to the east the iconography is continued with the image of Adam and Eve. To the right wall of the temple is Theodoros Stratilatis and Daniel.

The wooden templo of the church, gives its presence with its icons of the saints surrounding it. On top of the icons there is a narrower row of iconographies with twelve smaller icons. The dedicated icon of Agio Mama is located at a special shelf near the south entrance of the temple depicting him on a lion and holding a lion. It is a very old iconography. The church throne is also in the temple along with the two wooden psalm shelves. The temple can accommodate one hundred believers and it of an amphitheatre type.

The community is Alaminos is celebrated on the 2nd of September. The villagers display the icon of the holly saint for the community as well as others in the area. 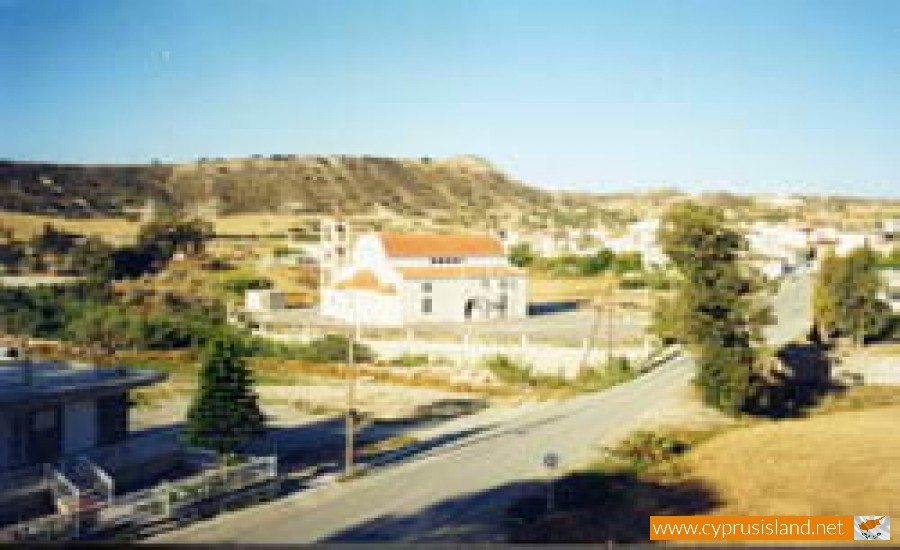