The Panagia Chrysoematousa Church is located in the village of Chloraka in the Paphos district. It is a charming building that is situated in the centre of the village.

The church began being built in 1924 and was completed in 1928. Its architectural rhythm is byzantine crossed with a dome.

The architect was Th. Fotiades and the constructor was Michael Georgiou. The builders were from the Geroskipou and Chloraka villages.

A great earthquake occurred in 1953 which demolished half of the church while the rest was left crumbling. In order to be reconstructed it has to be completely demolished. A few days before the process began the crumbling part had fallen off, luckily without casualties. While the church was under reconstruction, they continued the church ceremonies in a shed which was made in the courtyard of the temple.

After the earthquake the government gave the Church community the amount of three thousand pounds in order to assist in the construction. The sum was very small so a council had taken the task of collecting donations from all over Cyprus. An important person who offered a great amount of money to the church is Princess Zena Gunther De Tyras.

The first templo of the church was made of a mosaic. Around ten years ago it was replaced by a nice wooden templo. There are fourteen mobile icons and there is also a thinner zone made up of eighteen smaller icons. The icons of Panagia Odigitria and Ioanni Theologou are of great archaeological value and were previously situated in the medieval church of Panagia Eleousa.

When the icon was going to be transferred from the old medieval church, to the new one no one dared to touch it as they thought that whoever moved it would die. It is said that someone who had done it in the past lost his life. The only one who dared was the priest who had prayed to the Virgin Mary first. As he held the icon he felt it pushing down. In the end he managed to take it and transfer it to the place which it is located in today.

The church is named Chrysoematousa due to the fact that there is a red ribbon placed behind the icon of the Virgin Mary. It is believed that this ribbon helps stops bleeding. Any woman who is bleeding takes the ribbon and placed it around her and the bleeding will stop. Then the woman must send a new ribbon in its place.

During the last few years, the courtyard has been paved and it is one of the best church courtyards in Paphos. Various cultural village events also take place in this courtyard. It is worth mentioning that it is decorated with the statue of sergeant Georgios Azinas who was killed at the age of 23 during the civil war in Greece.

The unveiling of the statue took place by Makarios during December 1963. The square is also decorated by the statue of the invasion hero Christodoulos Polydorou. Next to the church there is a hall for various events and ceremonies and at the end of the church square is the old village cemetery which operated until 1960. 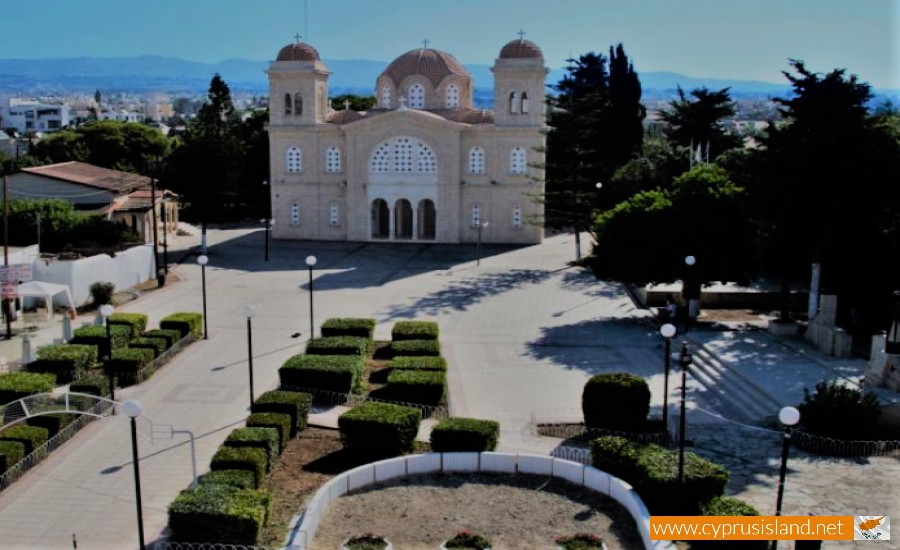 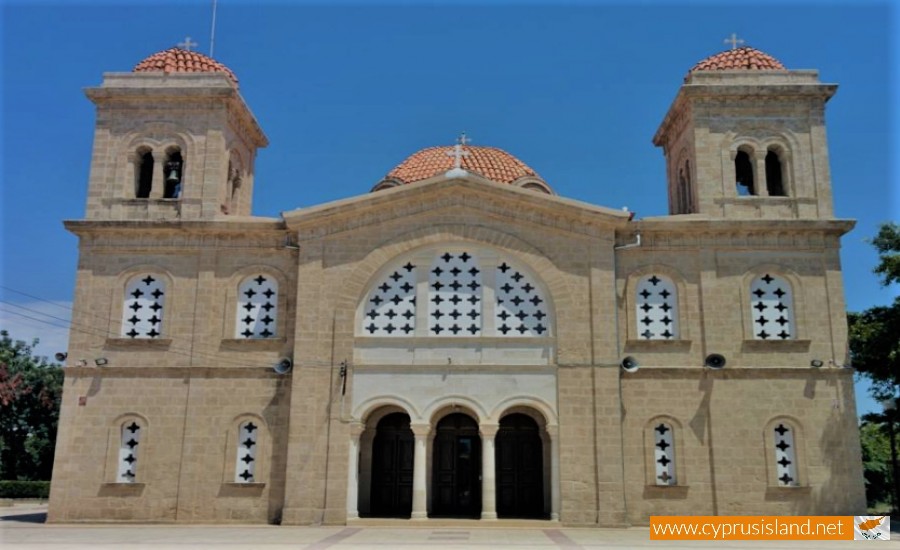 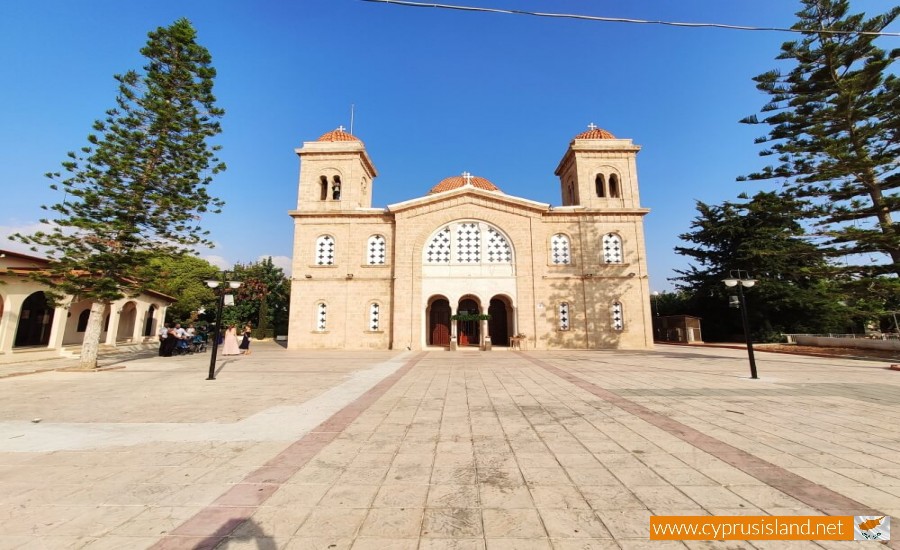 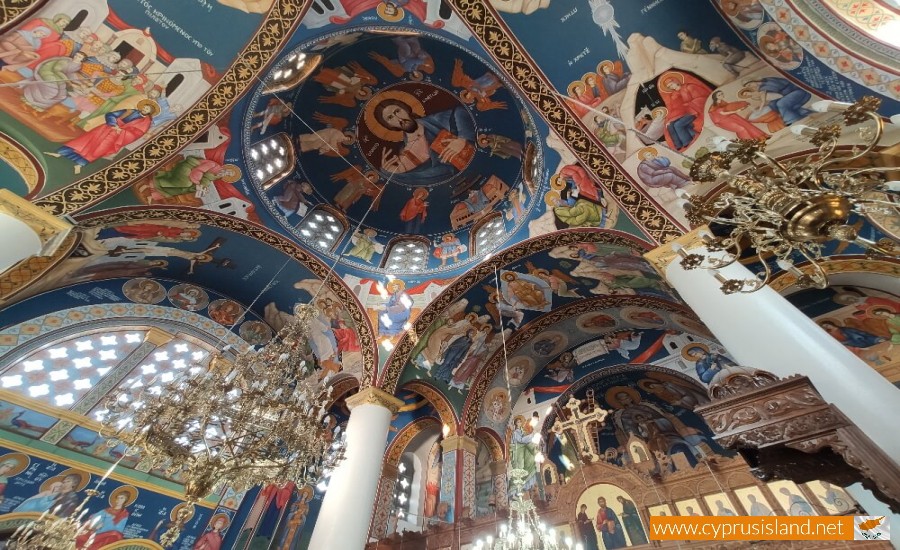 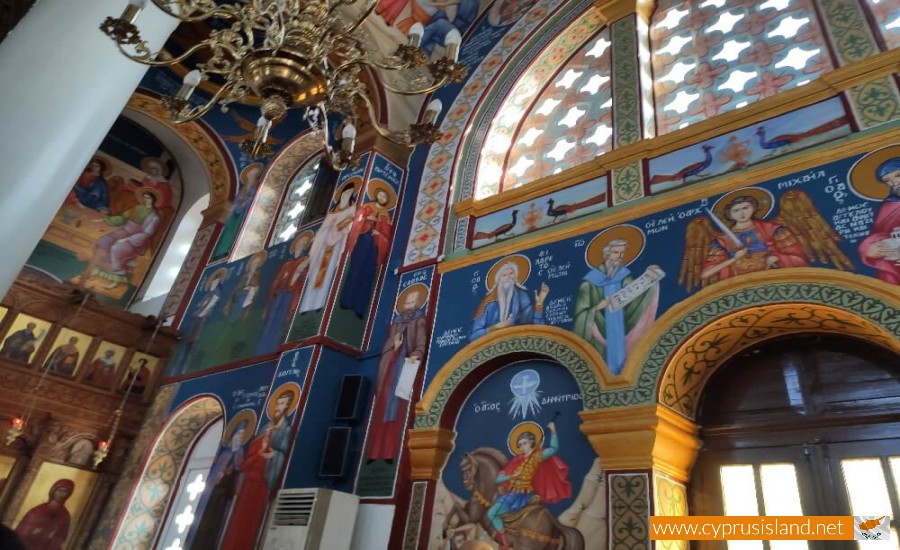 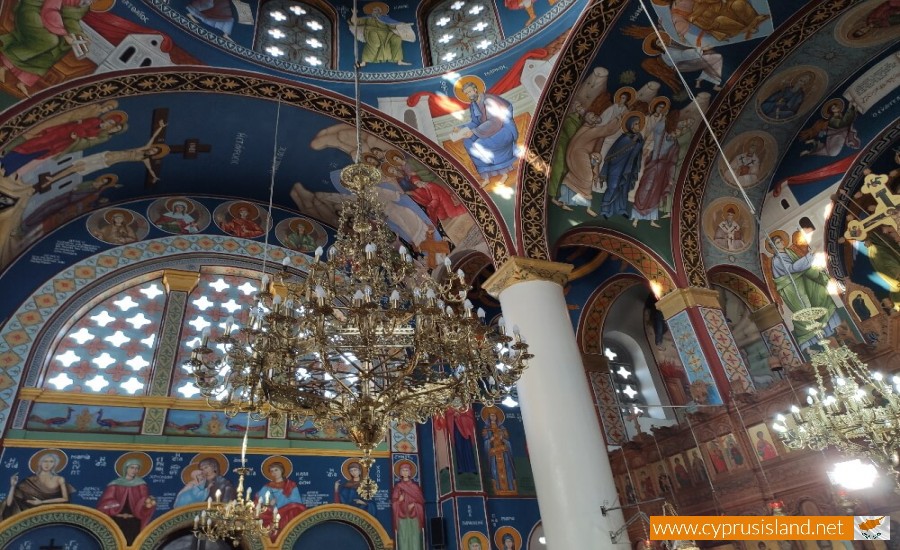 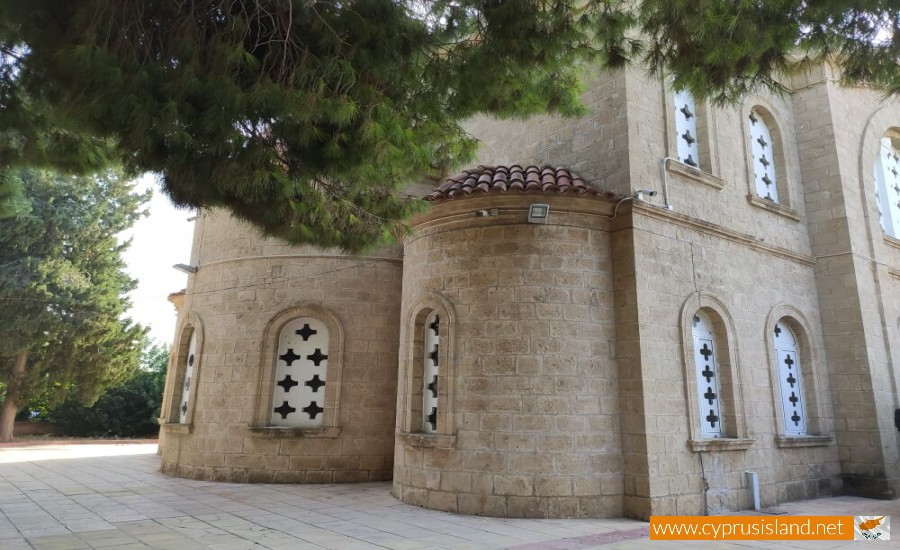 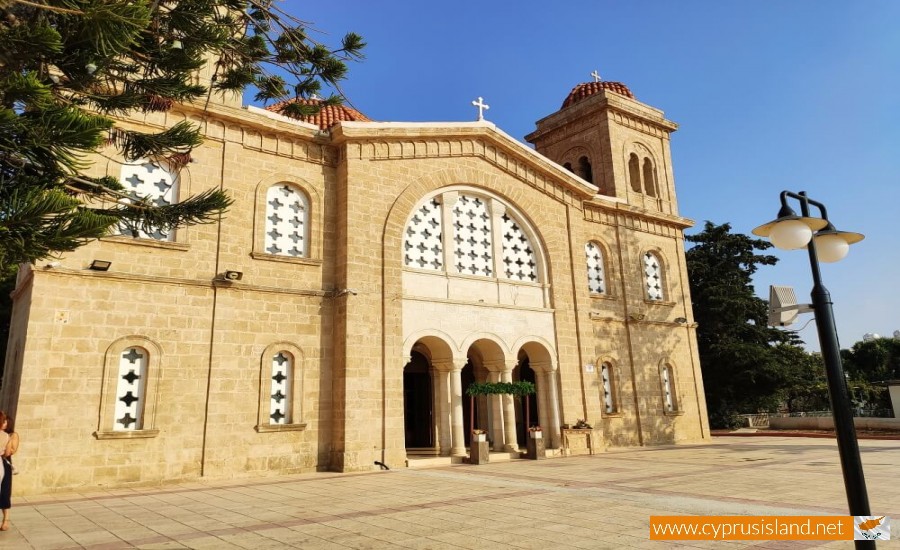 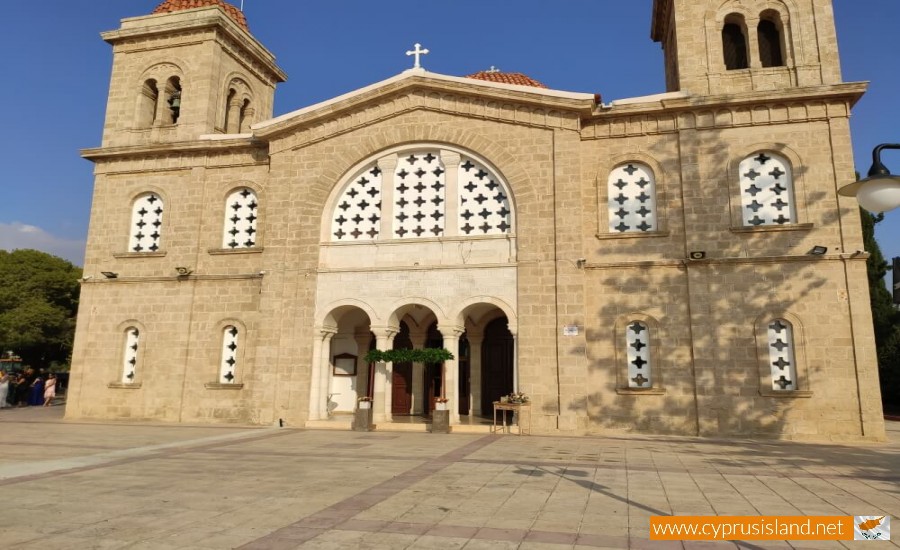 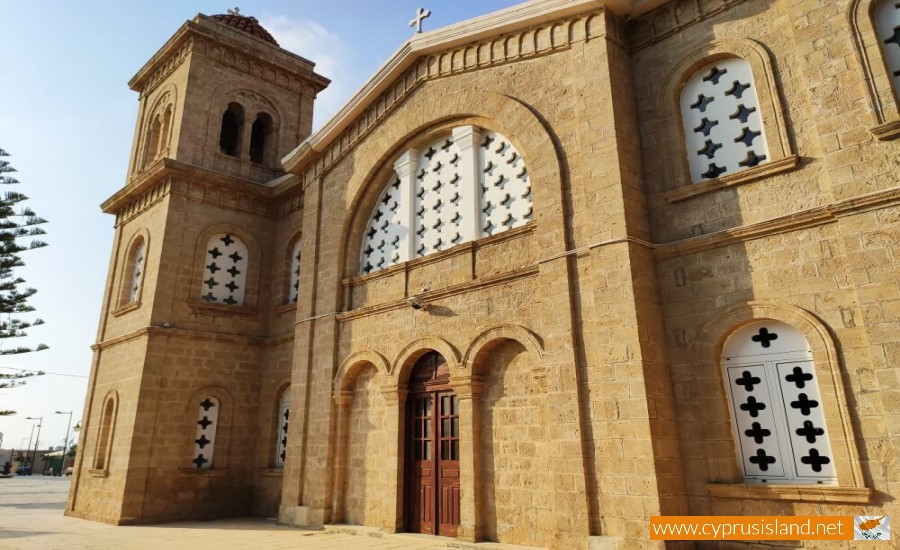