The village of Nea Dimmata is located at the northwest side of the island, in the  Paphos district In a wild bush area, at a hill with view towards the sea, is the chapel of Prophet Elias.

It is a simple one room chapel a semi curved roof covered with tiles. It is a  beautiful chapel that was built in 1984 and was renovated at the end of the 20th century.

There are benches outside the church so that the visitor can admire the wonderful scenery that can be seen from the hill.Architecturally is belongs to the type of one room churches with

Prophet Elias is celebrated on the 20th of July and there is a large festival in the village.He lived during the 9th century B.C and has a special place in the prophets of the Old Testament.

He was known for his prophet gift and was able to do many miracles, such as passing the Jordan River without getting wet, fire coming down on the place where he was praying and others.

The greatest of all was his presence with prophet Isaiah during the Metamorphosis of the Lord. Prophet Elias was taken up to heaven with a chariot of fire. This is why the Christian Orthodox Church usually builds temples in his honour at mountain peaks. 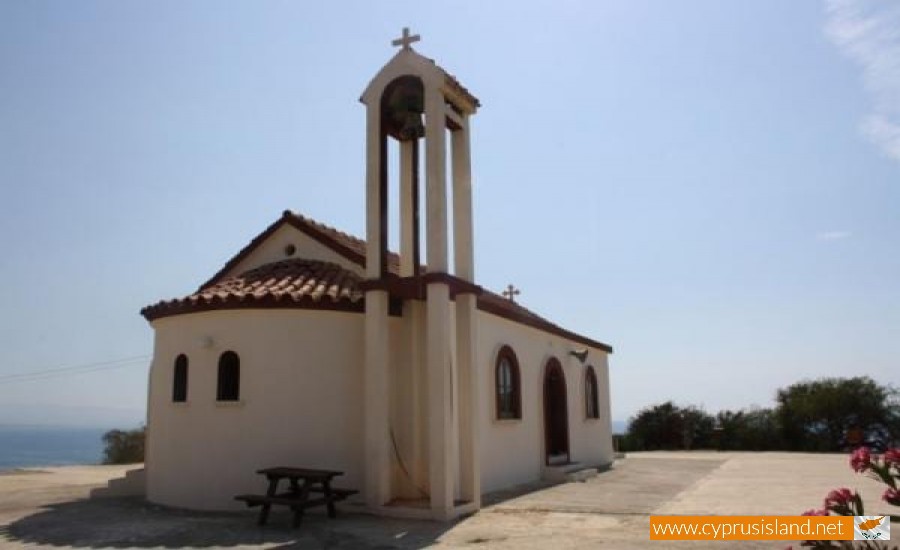 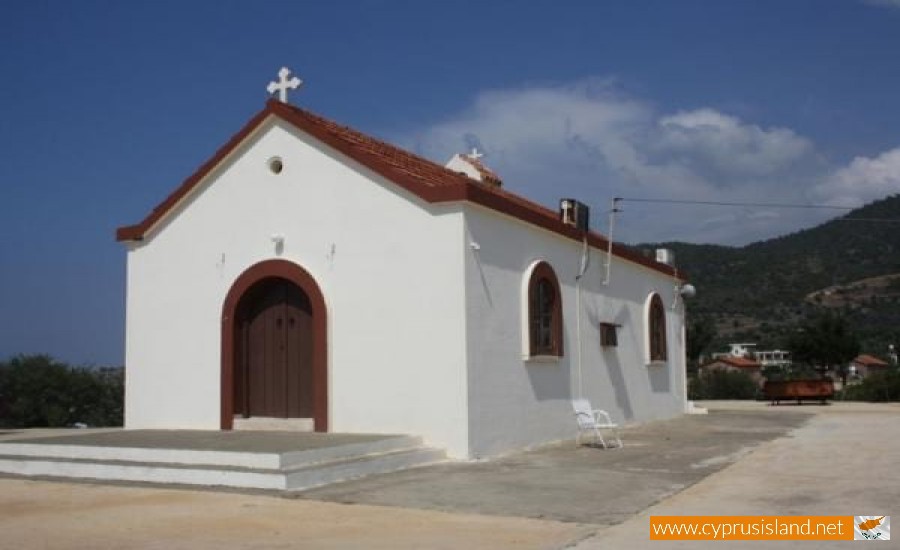