In other areas on the island an afkoti can also be made in a variety of shapes where one or two coloured eggs are placed on top. More specifically in an area called Akanthou, they make afkotes and place four or five eggs on top.

In the village Agridaki, they make single, double or triple afkotes. In the village Sihari they give the afkoti the shape of a girl and place an egg upon it.

The dough for afkotes is made from flour, semolina, yeast , salt, oil or butter and sometimes anari (soft white cheese), milk and aromatics.This dough is called myllomemi.

First the aniseed seeds are boiled in water. Once they have boiled they are left for 10 minutes and then take them out of the water. Add the flour, the aromatics and the yeast together. Allow the dough to rise for at least two hours until it has doubled in size. Cut a piece of the dough and roll it into a long shape. Then roll it in the sesame seeds and form it into a circle. Take another two pieces  form them into a cross and place the cross onto the circle. The eggs are then placed in the middle of the cross.

Afkotes are cooked in the oven, but placed at the oven opening so that they can be taken out as they cook very quickly. They are baked for 45 minutes at 180°C until they become golden. 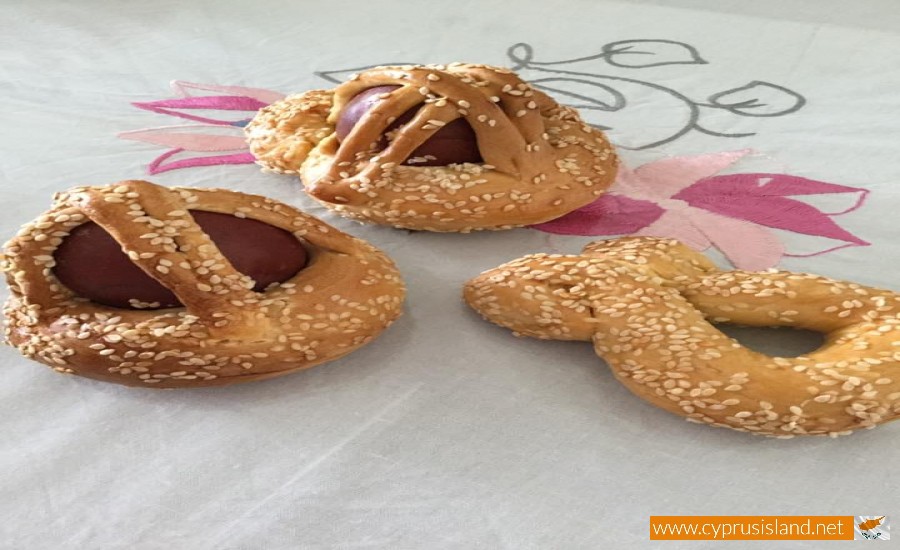 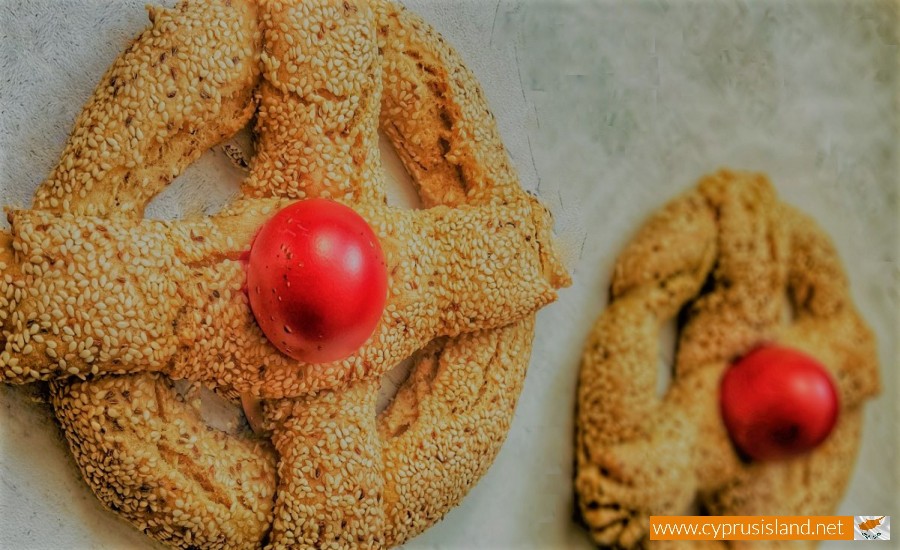