Gennopitta is a special type of bread that is made in Cyprus on Christmas Eve. It is is also known as Stavropsomo or Christopsomo in Greece and it is eaten on Christmas day. This bread is sweet and it is made with yeast. Its distinctive characteristic is that it is decorated with a cross. .It is usually round with a cross made of dough and is covered with sessami seads.Some people add walnuts, dry figs, almonds and raisins which form different shapes.The Christopsomo is not cut with a knife but by hand, as the bread which symbolizes that goodness should not be hurt in any way by the knife which symbolises evil.

In order to make Christopsomo you will have to begin with the dough. The flour, sugar, mastic, salt, dry year and aniseed are mixed in a bowl. Then the water is added and is mixed with a blender.The sugar and the olive oil is then added to the mixture and is mixed for about 5 minutes. One the dough is read it is taken out from the mixer and placed on a lightly floured surface.The dough must then be made into a ball, which is then placed on an oily surface and left to rise for about one to one and a half hours.The dough must then be decorated, so we take some more flour and place it in a bowl making a hole in the middle. Add some water, salt and oil and mix the dough. Once the Christopsomo dough has risen then we can decorate it with the extra dough made.Take the decorating dough and flatten it with a rolling pin, then cut stripes and form them into animals, leaves, and any other forms which may mean something to us.Place the decorations on the dough and cook and brush the top with eggs. Cook it at 190 degrees for about 40 to 45 minutes. During the first 20 minutes the oven door must not be opened so that the bread does not flatten. When the bread is ready sprinkle it with some syrup. 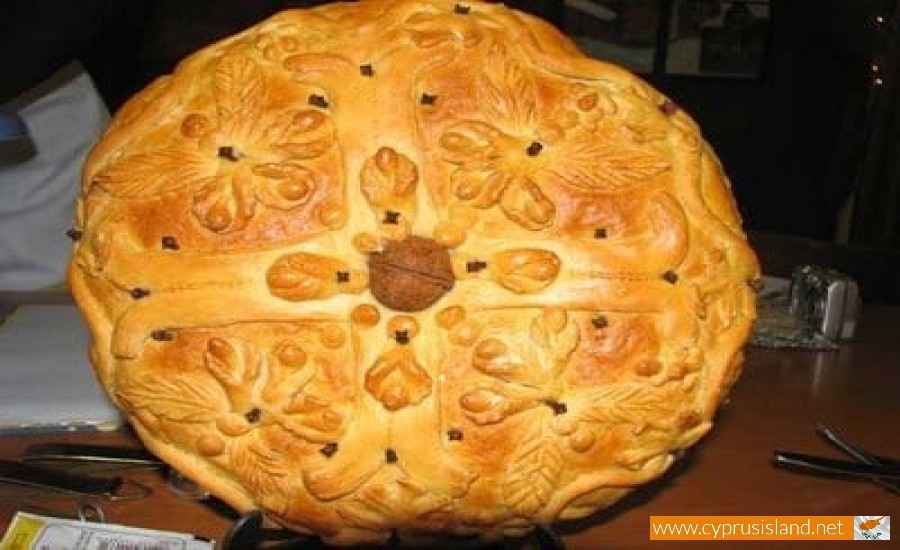 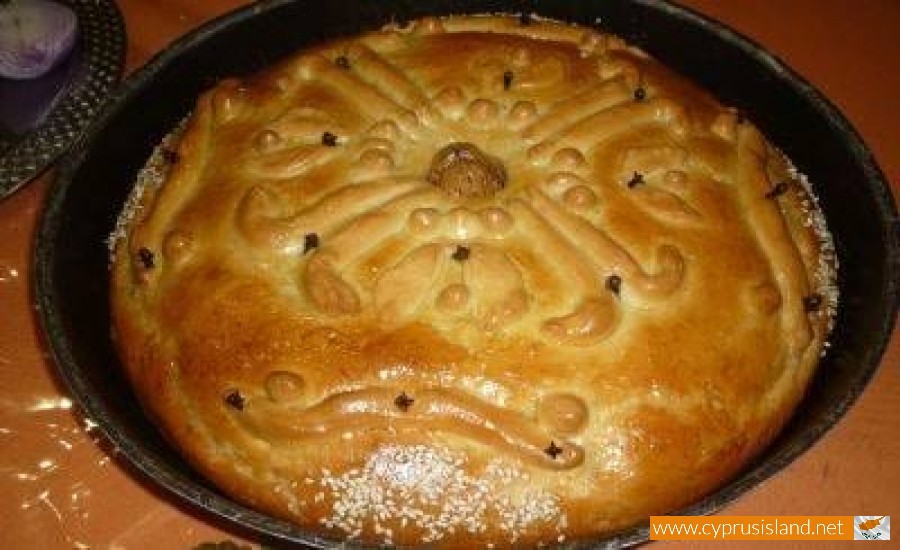 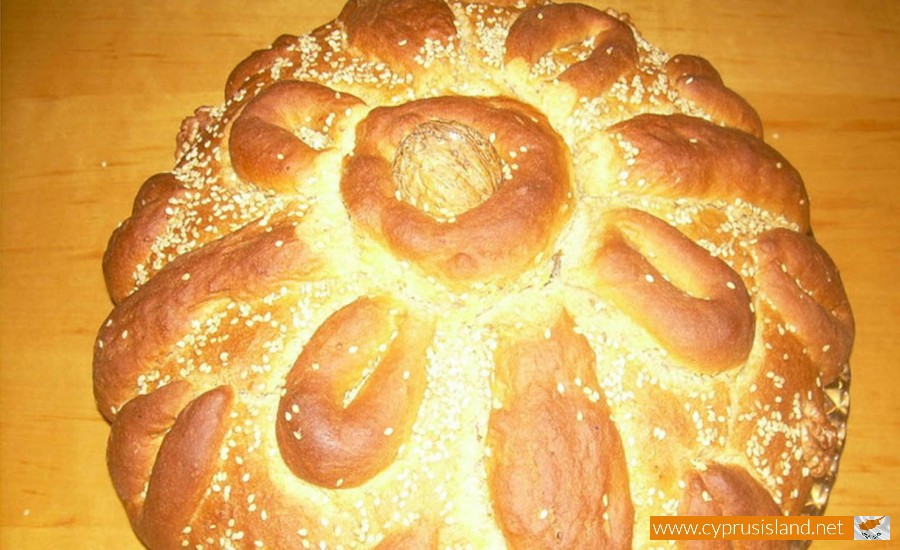 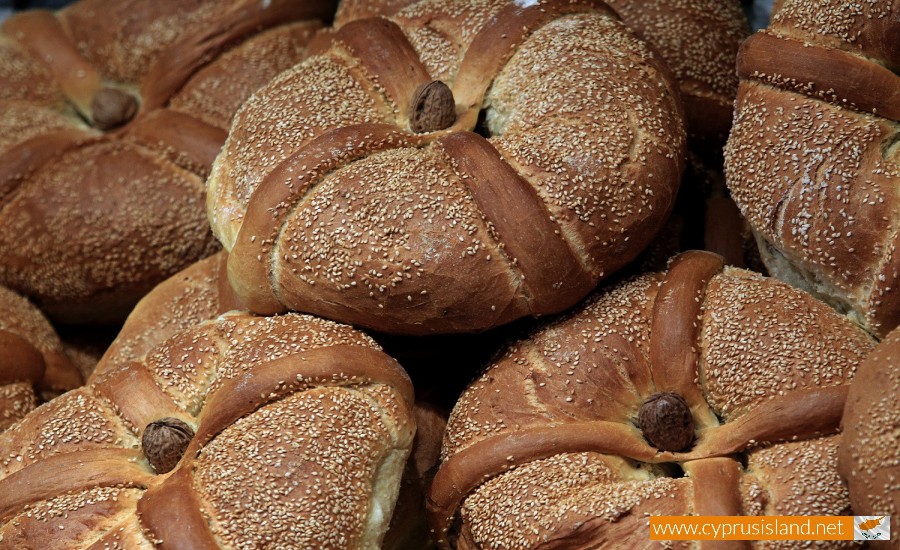 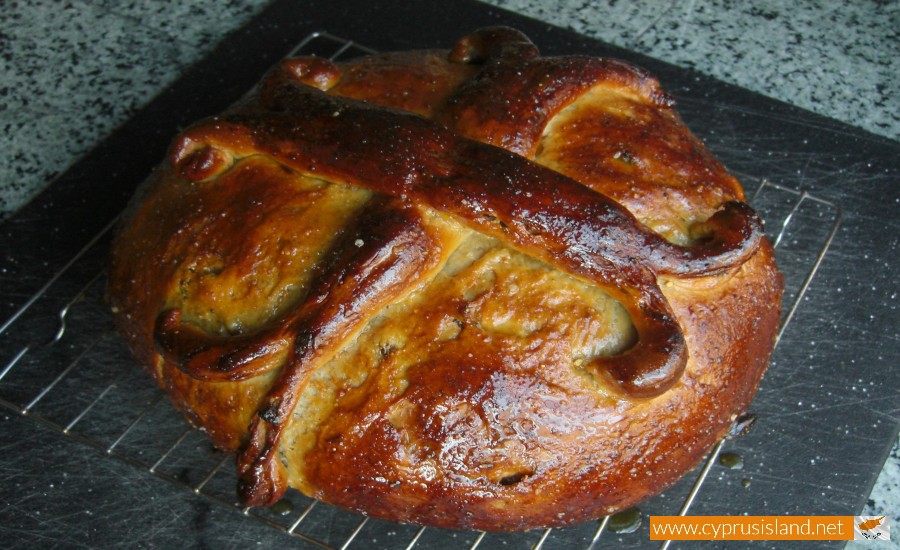 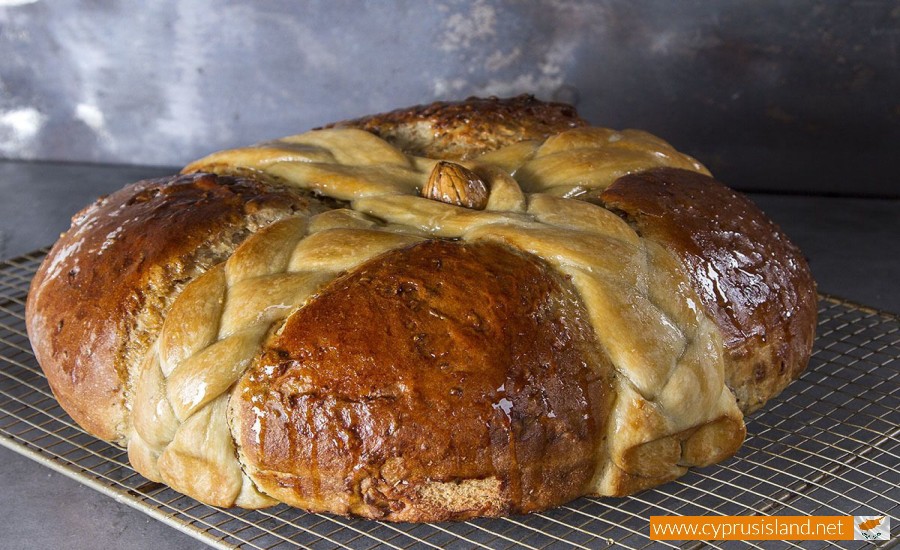