Cyprus Pita is different than Greek Pita. They are more similar to Lebanese Pita as they are a type of thin bread with an oval shape.

The interior is usually cut open and therefor can be stuffed with anything you want. In Cyprus they are most commonly used for souvlakia, sheftalies, gyros or halloumi in pitta (for vegetarians), and salad but they can also be used for sandwiches.

Cyprus Pita is easy to make. The dough needs about fifteen minutes to prepare, about thirty to leave it rest and another twenty in order to cook. The first step is to sift the flour and mix it with the yeast, salt and olive oil. Then we mix the dough and add a little warm water so that the dough does not stick.

We place the dough in a bowl and cover it with a clean towel allowing it to rest in a warm part of the kitchen. About thirty minutes later the dough will double in size. Mix the dough again, and divide the dough in ten parts which we then roll into balls. Each ball is rolled with a rolling pin into an oval shape and it is then allowed to rest for about ten minutes. Warm the oven to about 180 degrees Celsius. During this time, we butter or oil a large tin, and add the pitas side by side.

Lastly, as soon as they are golden turn them over. Allow them to cool off and open them to add your favourite filling. 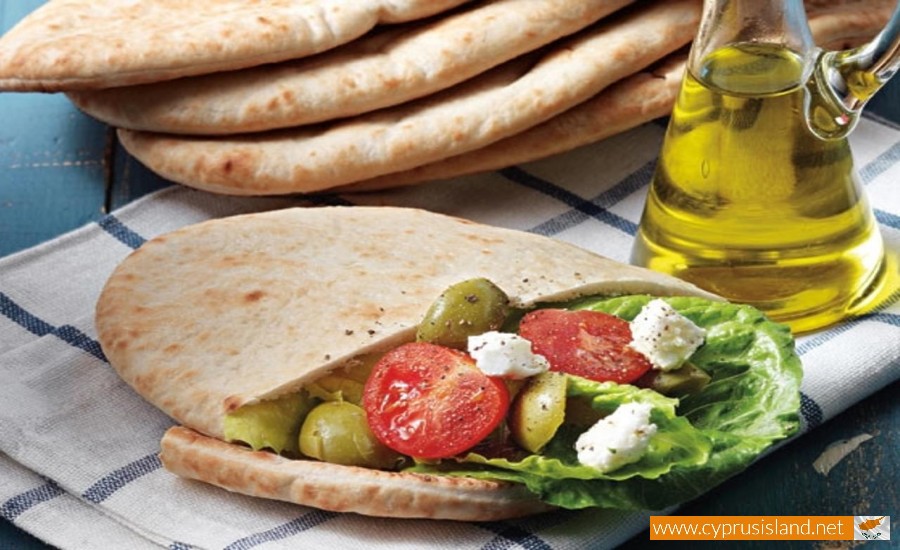 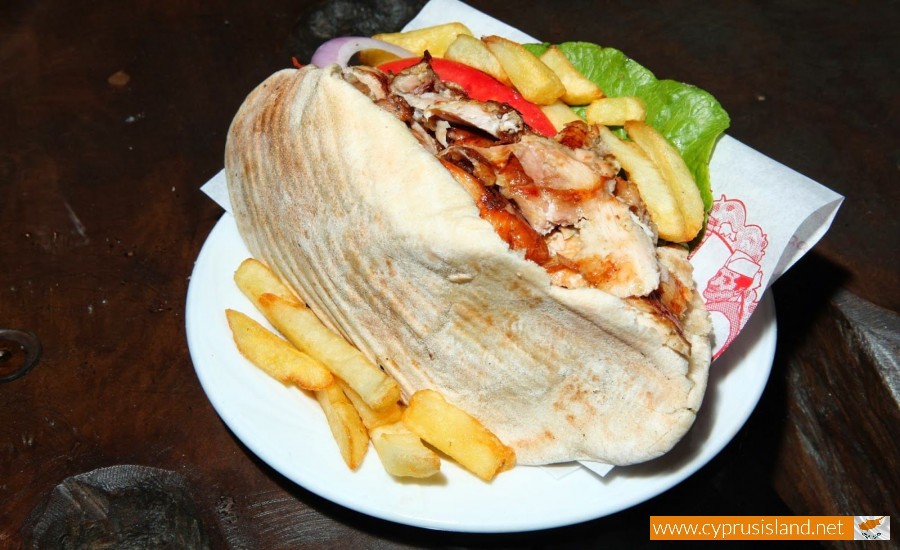 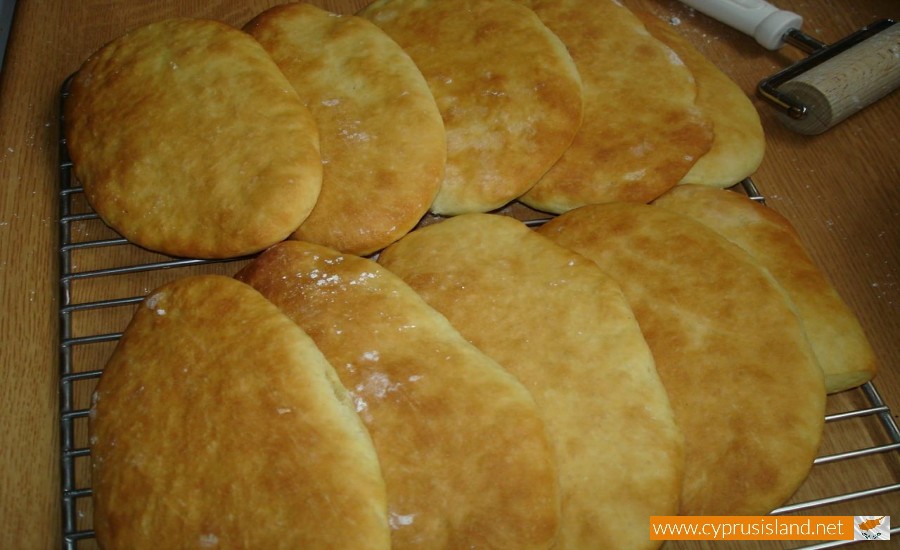