Tsamarella is a traditional Cypriot product and it is one of the most representative types of delicacies in the country.

The production of tsamarella as well as other types of meat is  the same method which was used in order to preserve meat until the introduction of refrigerators.

In particular the meat was placed in the wooden cupboards with a net, so that the meat was protected by insects and at the same time was ventilated.

In order to produce tsamarella , the meat of a whole goat is used. It is made up of large pieces of salted meat, which is put in the sun to dry for a few days.

Then it is placed in hot water, and it covered in dry oregano. It is then placed in the sun again for one more day.

Tsamarella is relatively soft and it has a strong salty taste. It is usually served along with zivania and other types of drinks. 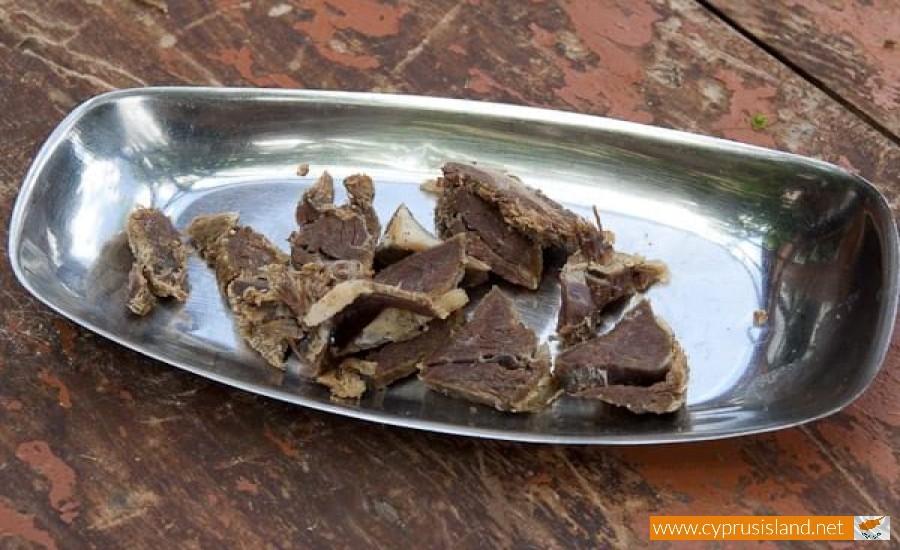 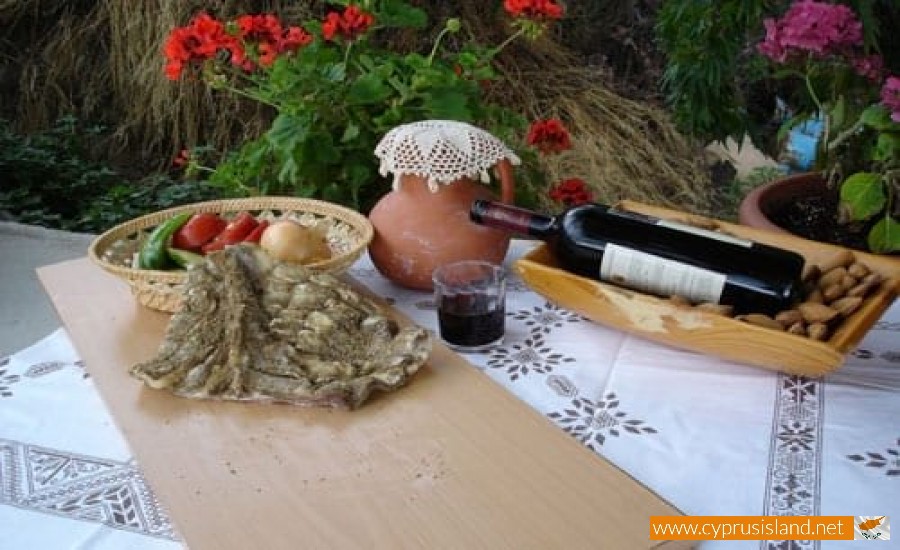 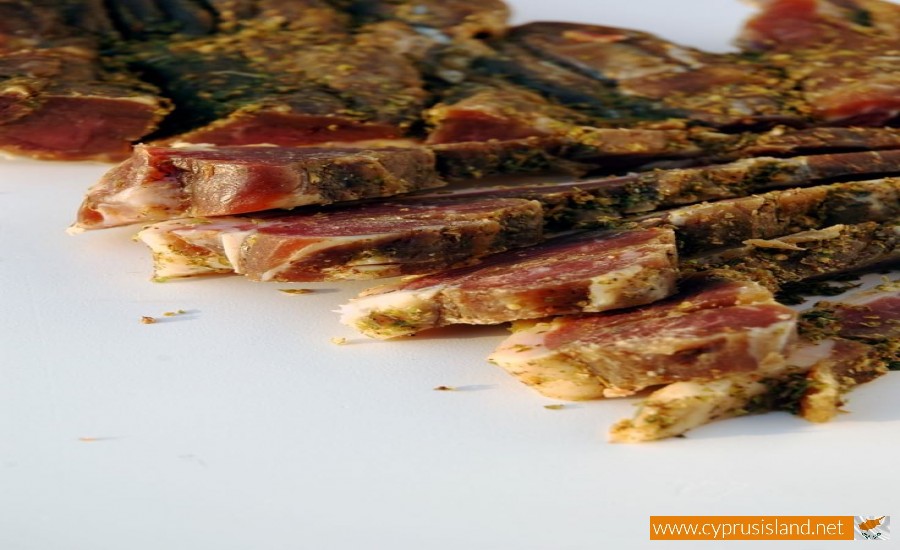