Fanouropitta is a traditional sweet pie and is made on the 27th of August in honour of the memory of Agios Fanourios.

It is also made by someone who has lost something and offers the pie in order to ask for the Saint’s assistance in finding the lost item.

In some areas, a Fanouropitta is made in order to help someone have good health, while in other areas such as Crete and Cyprus,

a Fanouropitta was made so that single women could find a husband. According to tradition the Fanouropitta is for the forgiveness of the Saint’s mother who was a very sinful woman who was very cruel to the poor.

The pie does not include any butter and is made with flour, sugar, oil, raisins, walnuts, orange juice, cognac, orange peel, cinnamon and carnation.

The most simple version of the Fanouropitta only has 7 ingredients , which are as many as the mysteries of the church : flour , sugar , oil , cognac , orange juice , cinnamon , soda. 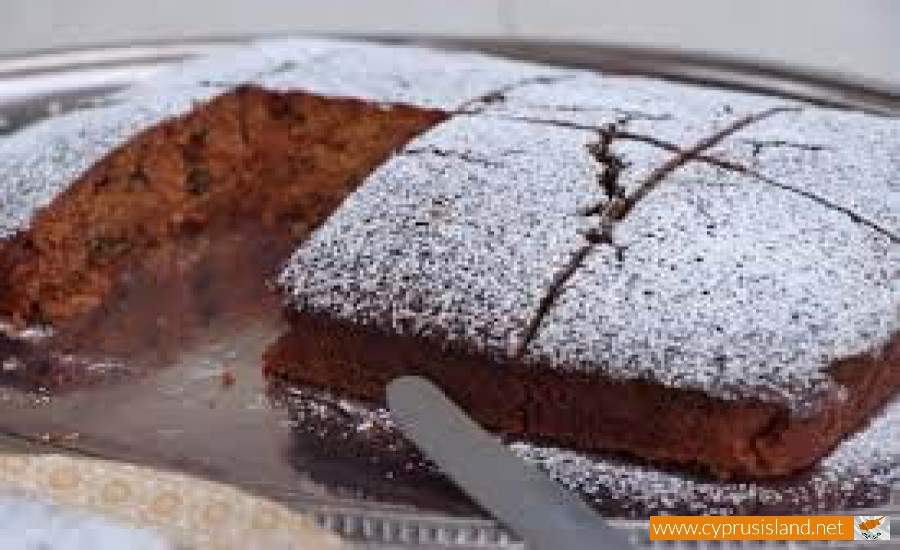 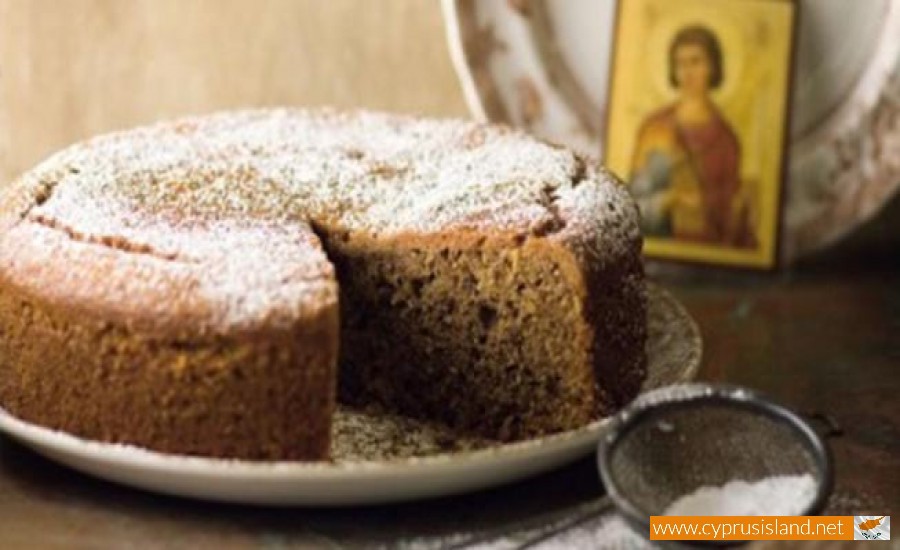