Kolokasi is a bulb that is very similar to potato or sweet potato which is very popular in Cyprus.

In Cyprus, Kolokasi has been grown and cooked since the Roman years.

It is considered a vegetable however we only eat the root while in other countries they also eat the rest of it.

Kolokasi is mainly cooked the same way as one would cook a potato however it needs some attention while cutting it.

It should be carved with the knife first and then it is broken. This is so that it does not melt while it is boiling.

As it is a very popular dish in Cyprus it is also cooked in a variety of ways.

The most popular and traditional way of cooking it is in a pot along with meat (pork or chicken), celery, onion, tomato paste and lemon. 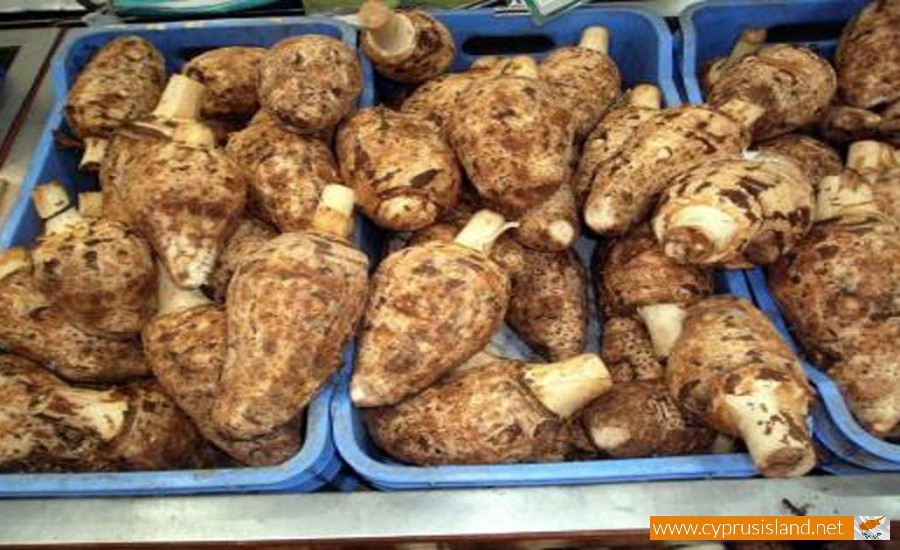 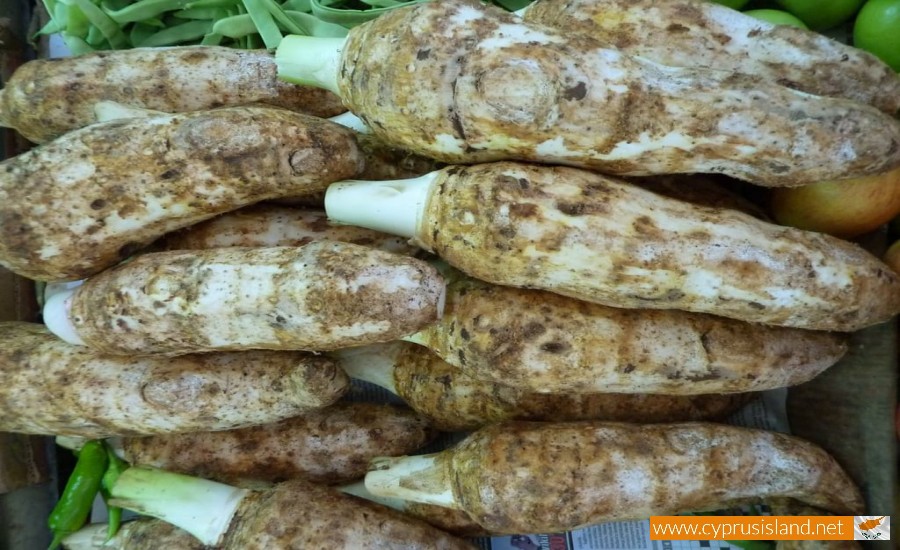 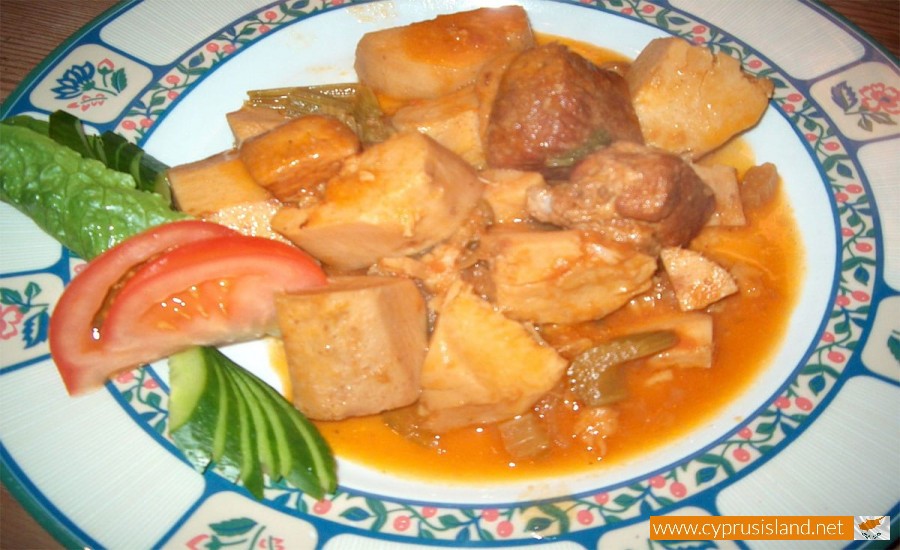