Coral Bay is considered to be the most popular choice in the Paphos area for families, young people and couples as it has clear shallow waters and thin golden sand. It is suitable for all ages and it has also gained the Blue Flag certification meaning that it meets all the rules that are required by the European Union. Due to its calm and shallow waters it is the ideal beach for families with children. During the summer months many beach parties are also held at the beach attracting thousands of visitors.

Coral bay is a unique bay and a tourist resort offering visitors many facilities. The beach has toilet facilities, showers, changing rooms, sunbeds, umbrellas, rubbish bins and water sports such as windsurfing, hang-gliding, jet skis available for hire and much more.

The beach also has lifeguards on duty from April 15 - October 31, who are equipped with first aid medical supplies. Access to the beach can be done by car, bike, and bus. The beach also offers access for people with wheelchair disabilities. Parking can be found at the beach and there is also a bus stop nearby.

Plenty of restaurants, taverns, bars, cafes , shops and pharmacies are located around the bay in order to accommodate all visitors. The taverns and restaurants offer fantastic meals and traditional cypriot cuisine some even offer live Cypriot music. 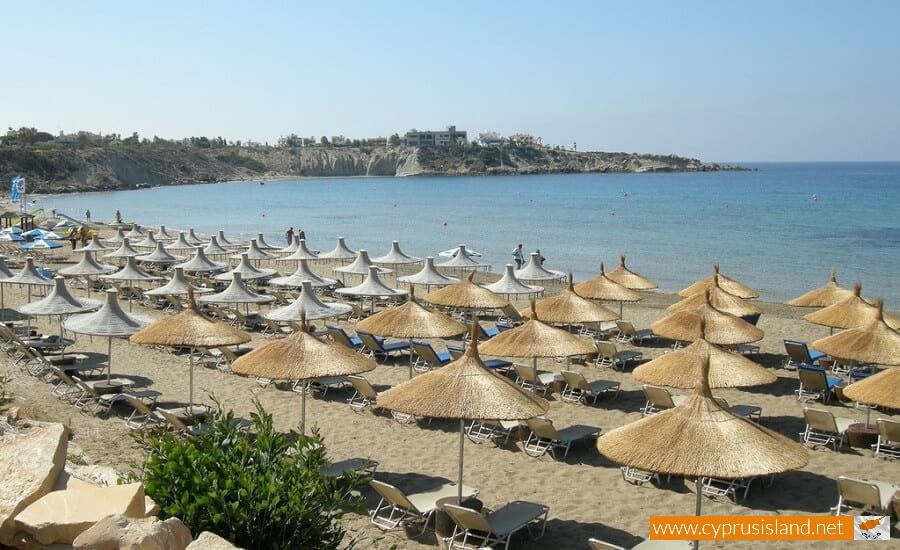 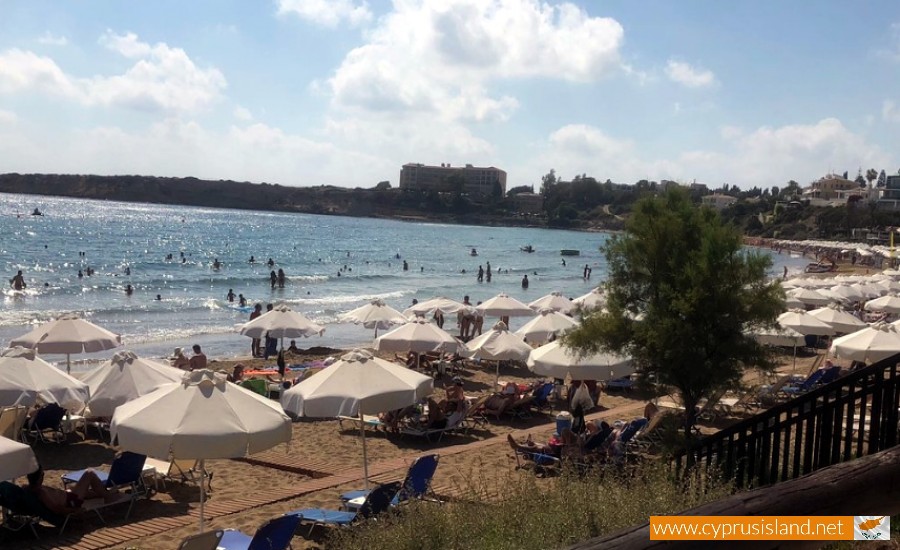 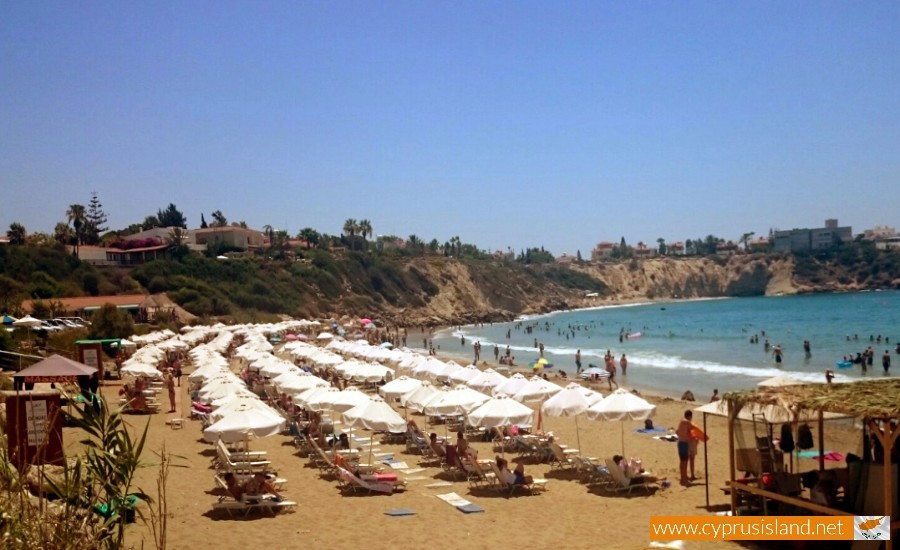 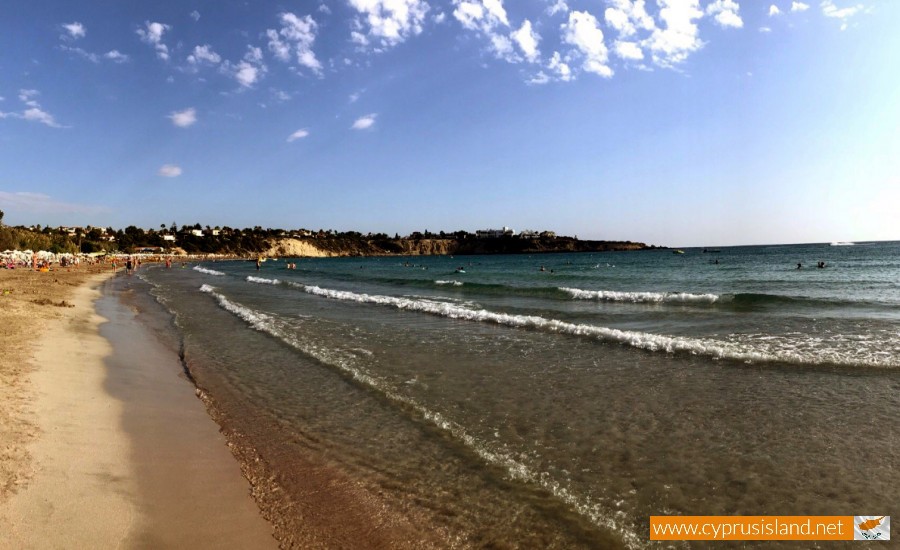 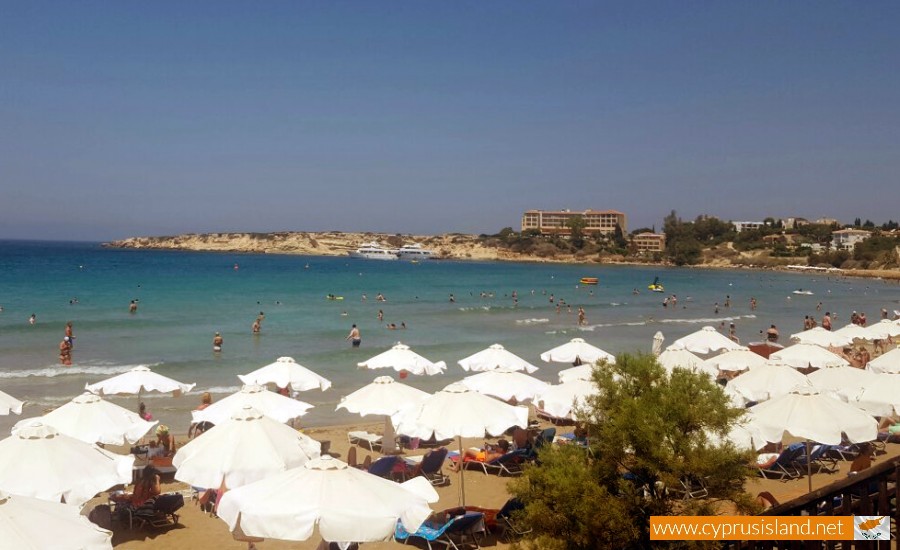 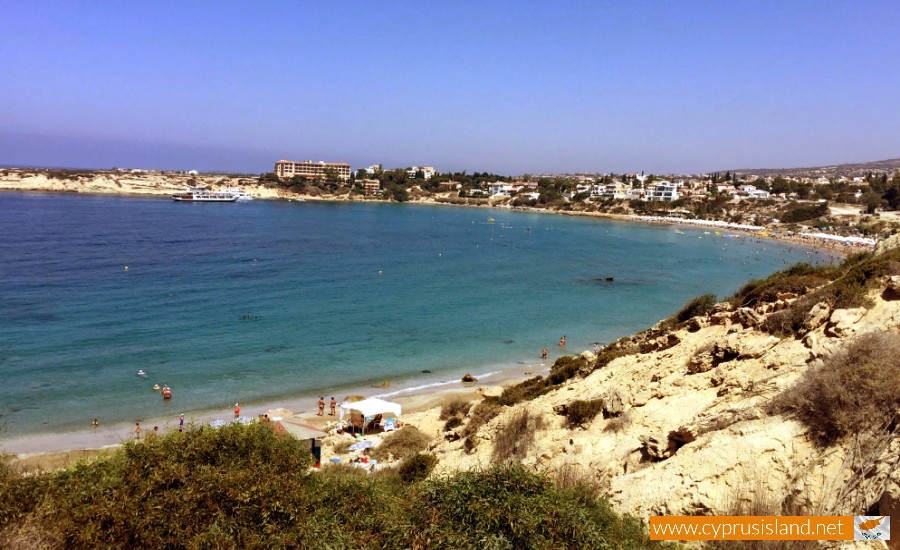 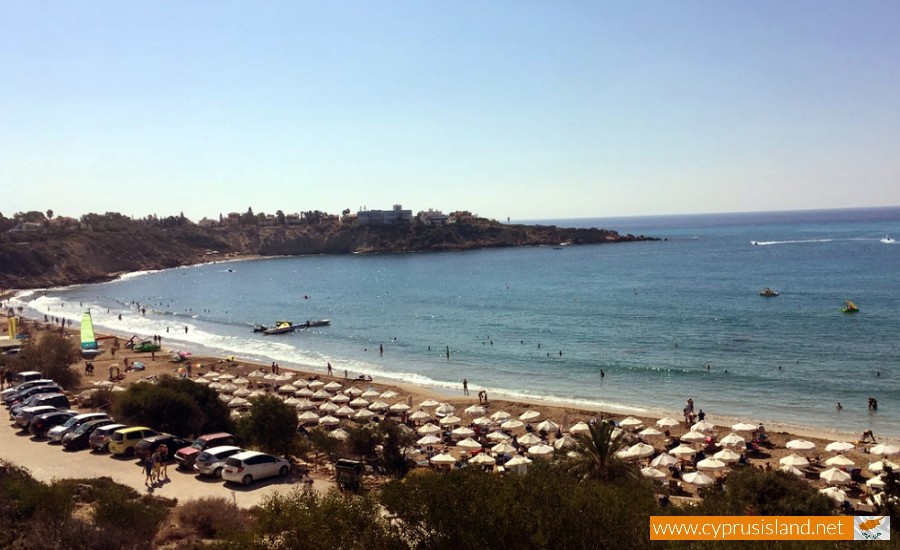 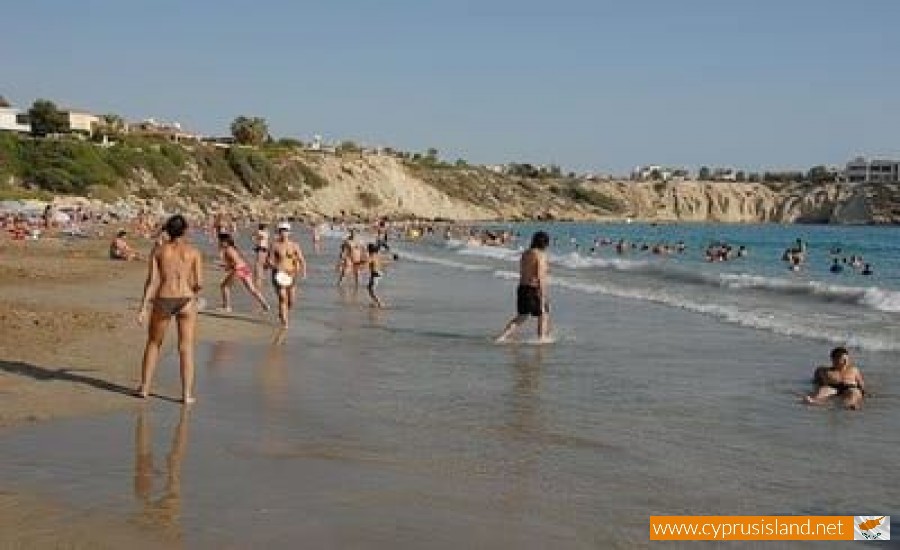