Panagia Podithou Church is situated near the village of Galata, in the mountains of the Troodos range.

The Church of Panagia Podithou as well as 9 other byzantine churches of the Troodos range, were inscribed on the UNESCO World Heritage List for their significance.

The church was built in 1502, funded by Demetre de Coron (captain of the barony of Pentageia) and his wife Helen. It used to be the katholicon of the monastery located in the region which was also called Monastery of Panagia Podithou.

The monastery was in use until early 19th century when as other monasteries in Cyprus, fell into decline and after the events of 1821 was abandoned.

The church follows the single-aisle architecture type with a steep-pitched roof. A portico wad added later, surrounding the three sides of the church and is also sheltered from the roof which is made of flat tiles. In its interior the church is decorated with mural paintings, contemporary with the monument.

In particular, the paintings were made on the apse of the Holy Bema, on the two sides of the western pediment and on parts of the north and south walls. The donor of the church is also depicted as an old man with his wife, offering to the Virgin Mary a miniature model of the church. The style of the wall-paintings reveals characteristics of byzantine and western art (Italian Renaissance), and is known as 'Italobyzantine' style of painting. 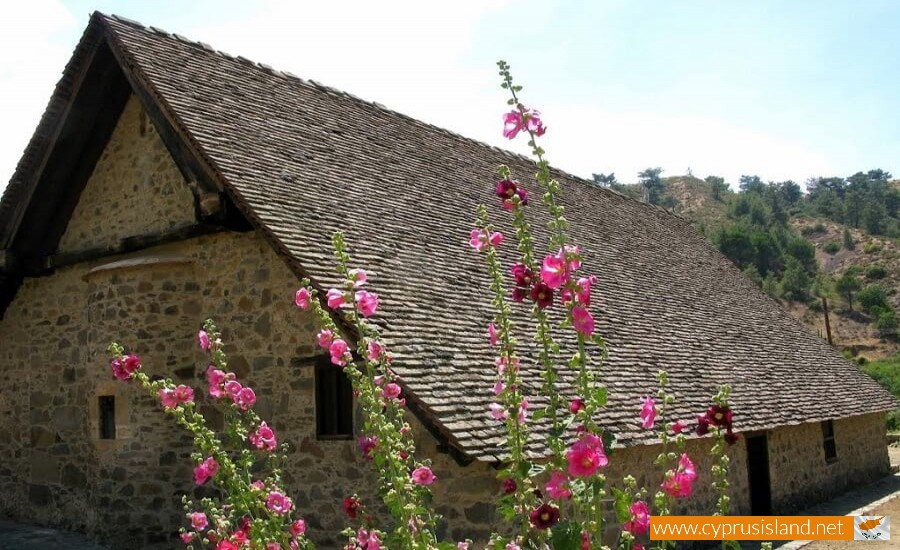 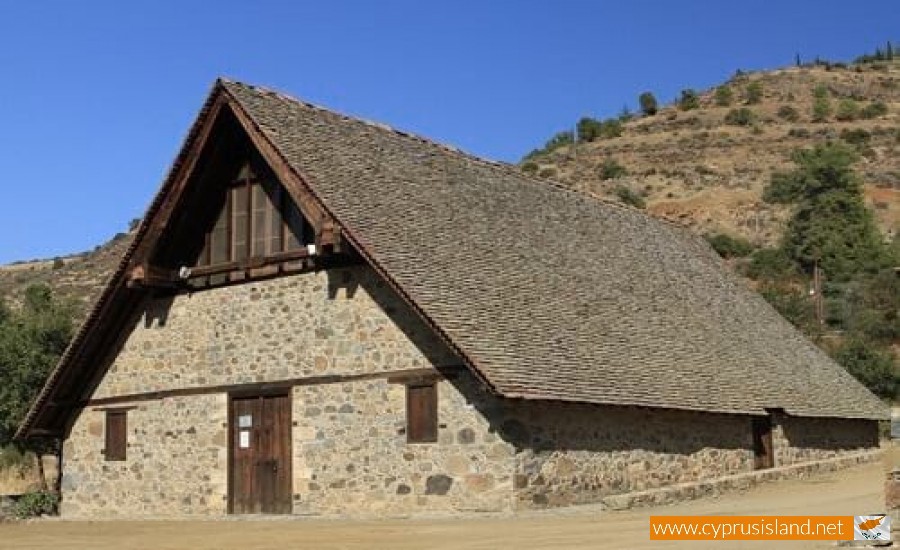 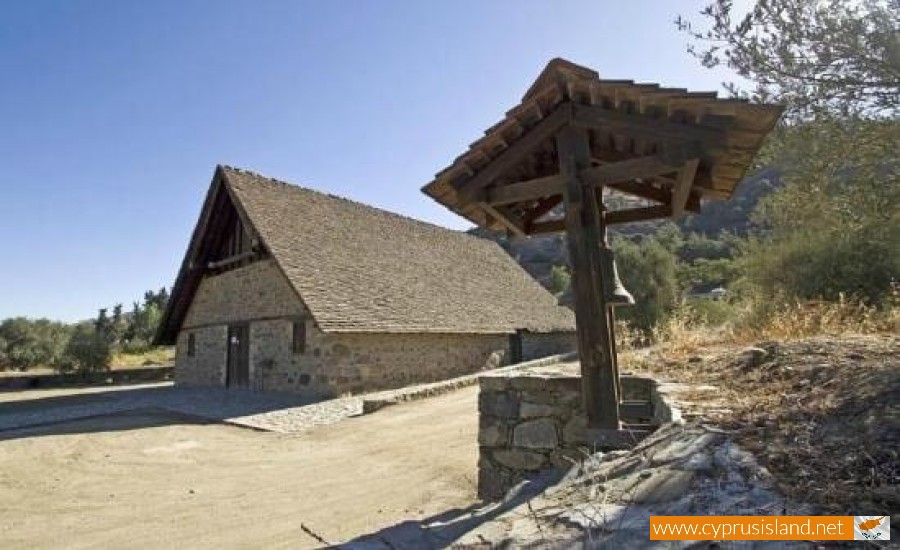