The Archangelos Michael church is located in the main part of Cyprus, within the Troodos mountains range. Here in the heart of the mountain , some of the most significant monuments of the history of Byzantine painting have lasted.

These are the painted churches which have been preserved and are brilliant samples of numerous developments of Byzantine and post-Byzantine monumental art, from the 11th to the 19th century. Ten of these churches have so far been approved as World Cultural Heritage status by UNESCO.

The church of Archangelos Michael is positioned in a central region of the Troodos mountain range, in the valley of Marathasa, in the village of Pedoulas. In 1985 it was inscribed on the UNESCO World Heritage List which comprises nine other painted Byzantine churches of the Troodos range.

According to the honouring engraving directly above the north entry, the church was constructed and decorated with paintings in 1474, with the contribution of priest Vasilios Chamados. The priest, escorted by his wife and two daughters, is portrayed above the dedicatory inscription, offering Archangel Michael a model of the church. This church belongs to the typical single-aisled, timber-roof sort of the Troodos area. The narthex, which covers its south and west side, was used as an attic owing to the small dimensions of the church. The attic was used by the women, while only men cross the threshold of the main church.

The church of Archangelos Michail is one of the limited churches in Cyprus which conserves the name of the painter who decorated it. His name was Minas and he was a native painter who came from the region of Marathasa. Minas was a typical “naïve” painter with a traditional style, and followed the Byzantine tradition. 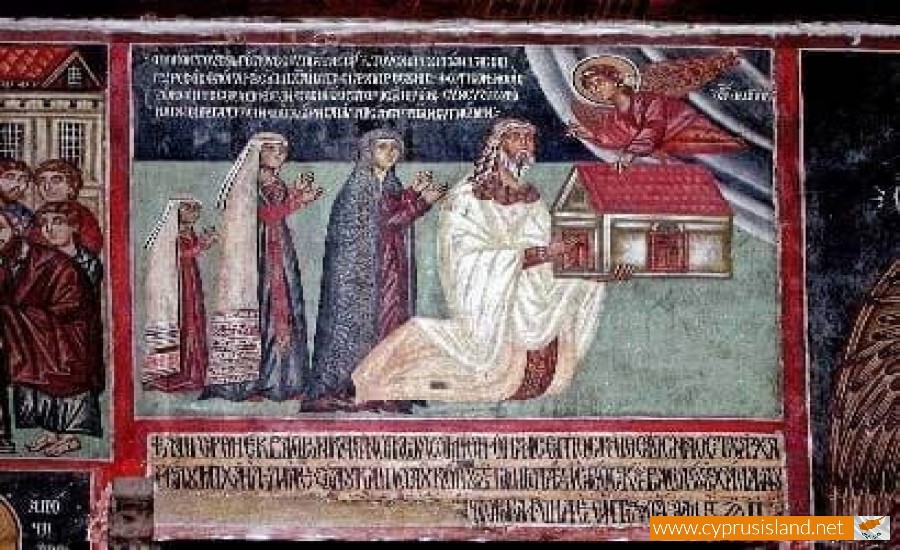 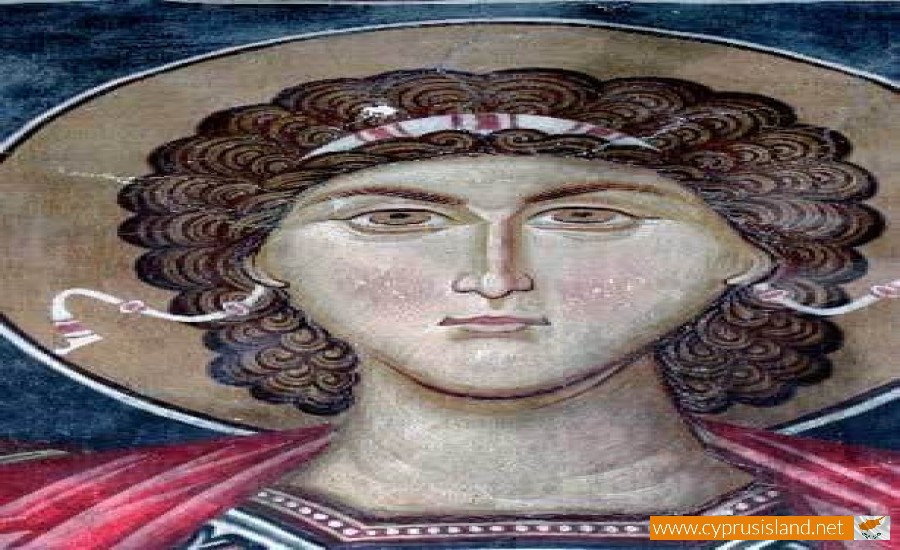 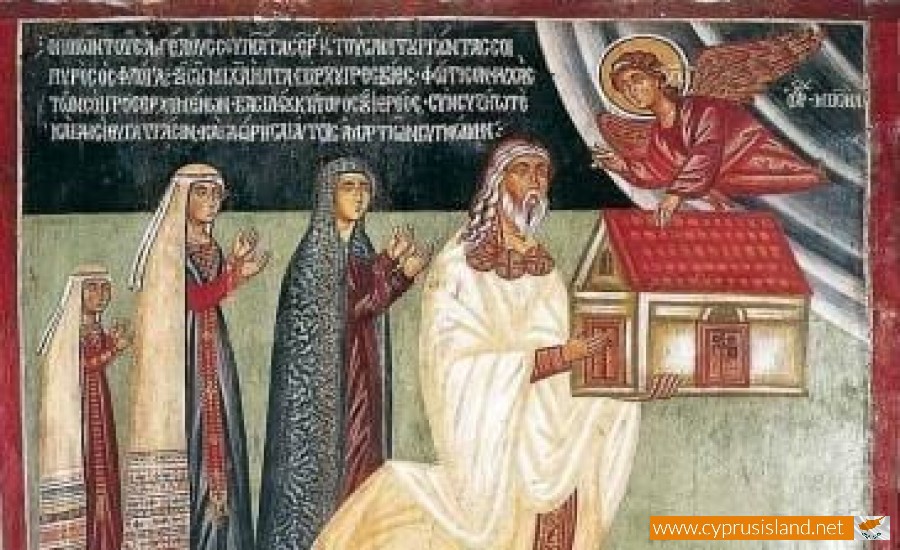 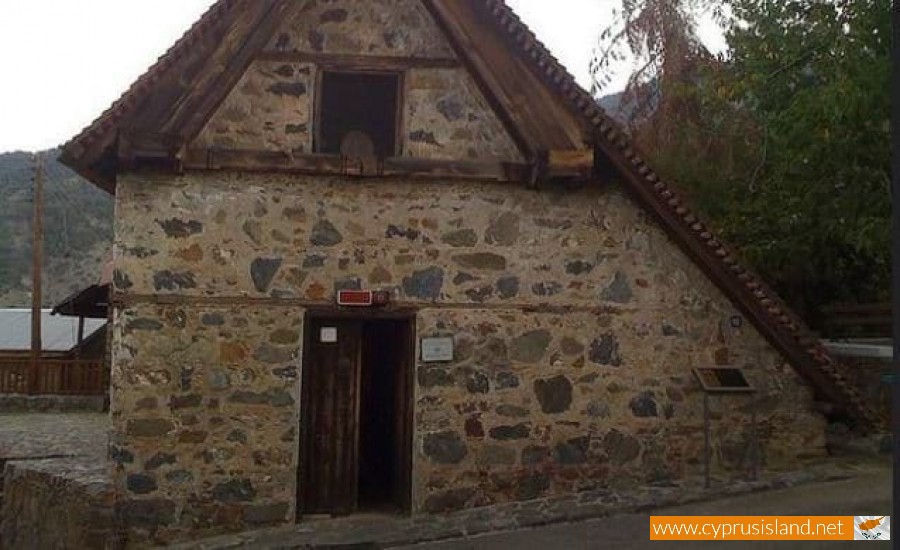 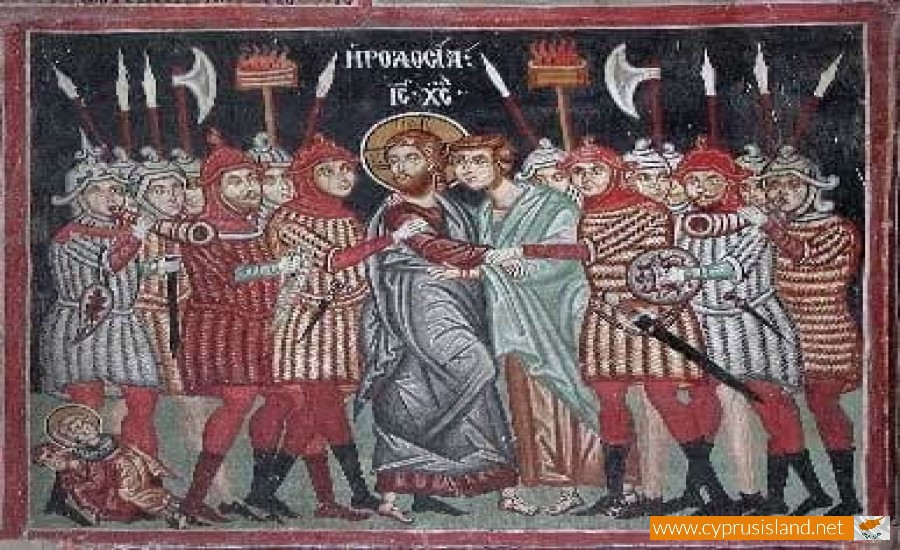 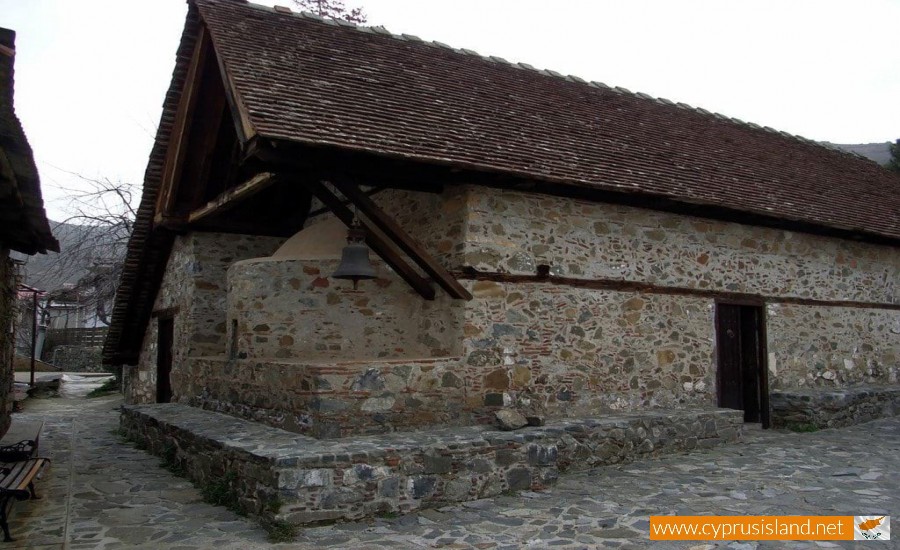