The European Nature Trail was completed in 2004 and is included in the European Network of long length nature trails. The initiative for the creation of the network occurred by the European Ramblers Association. The E4 Nature Trail starts from Gibraltar , goes through spain , France , Switzerland , Austria , Geramny , Hungary , Romania , Bulgaria , Continental Greece , Peloponnesus , Crete and then Cyprus. Cyprus connects to Crete via aeroplane and by boat.

The total length of the trail in Cyprus exceeds 500 metres and a large part of it follows existing nature trails, forest and farm roads.

It extends to Cyprus with the beginning and end being the Larnaca airport, passing through the Larnaca – Ammochostos area until the Cavo Greco Park and then following a different course it goes through the Stavrovouni Forest, the Macheras Forest, the Troodos Mountain range, and the Akamas Peninsula passing by exceptional beauty areas and important areas which have large ecological, historical, archaeological, cultural and scientific value ending or beginning at the Paphos airport. 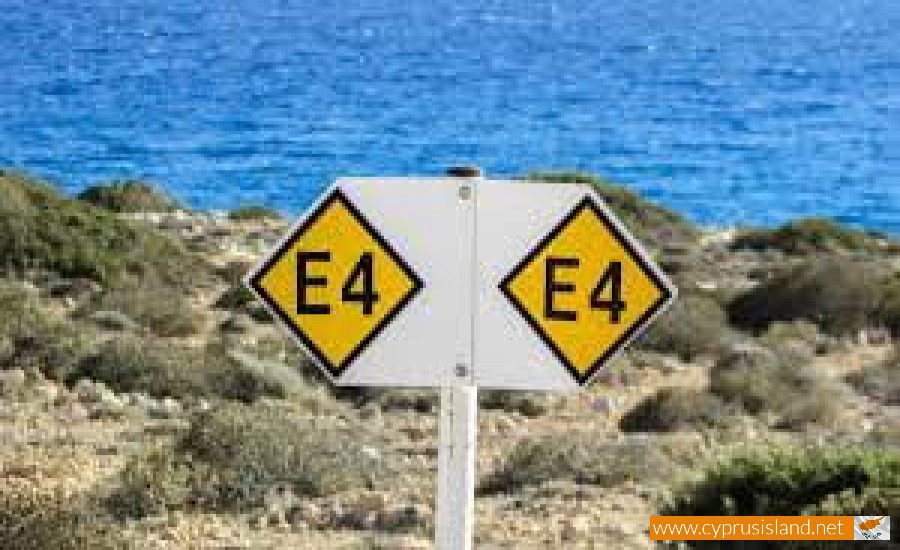 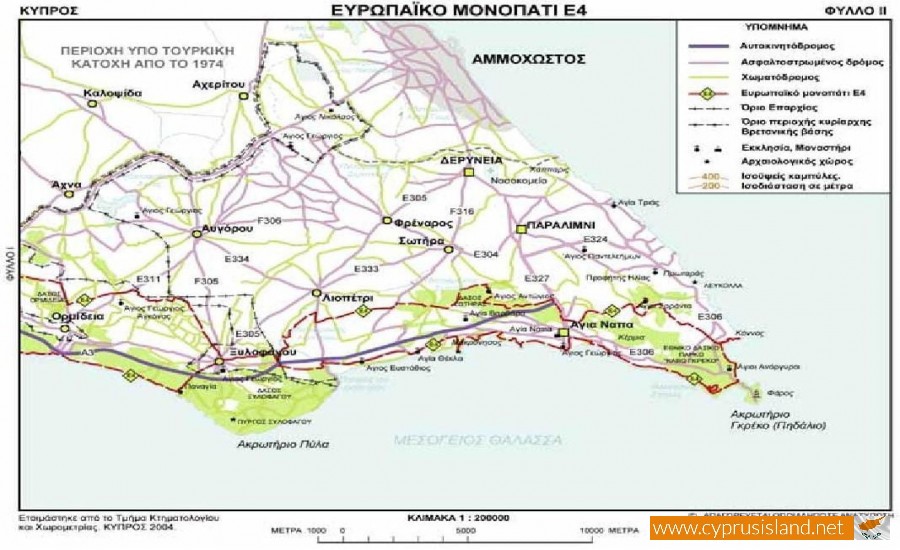 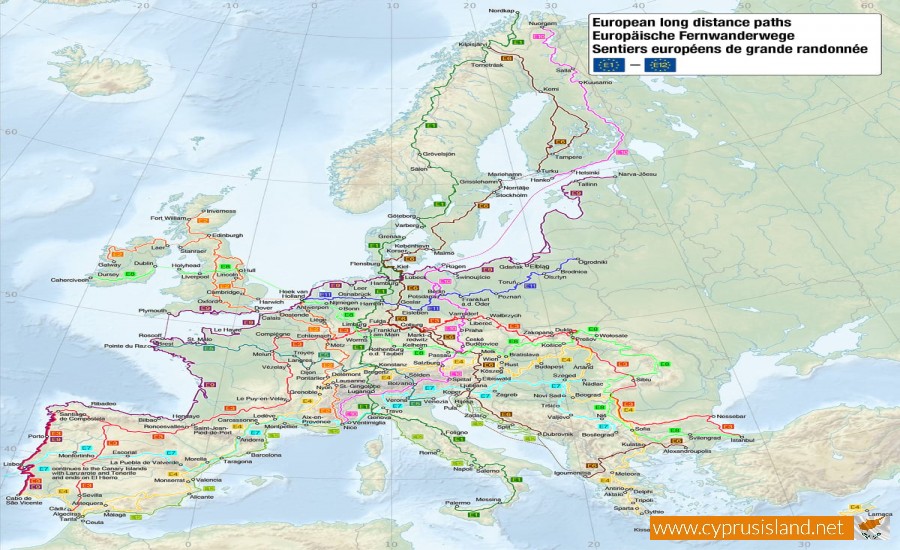