Appearance: It can reach up to 2 metres in length and 5kg in weight. Its characteristic is the triangular head and very short tail. The male is always smaller than the female.

Habitat: It is a common species which can be found in various environments mainly in rocky or dry barren areas. Despite its size he viper can climb on trees quite easily.

Diet: It mainly feeds on rodents and birds, while the young snakes feed on lizards.

Dangerousness: Due to the toxicity of its poison it is considered the most dangerous snake on the island. With its bite, the teeth remain in the victim where a lot of poison is freed. In general it is not an aggressive snake since it does not attack without being threatened. If however it is threatened, its fast attacking ability makes it dangerous. 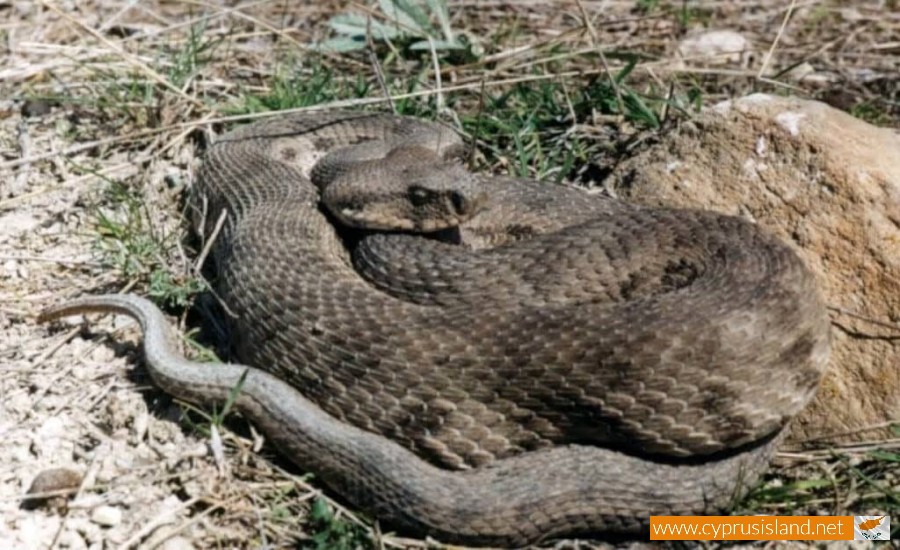 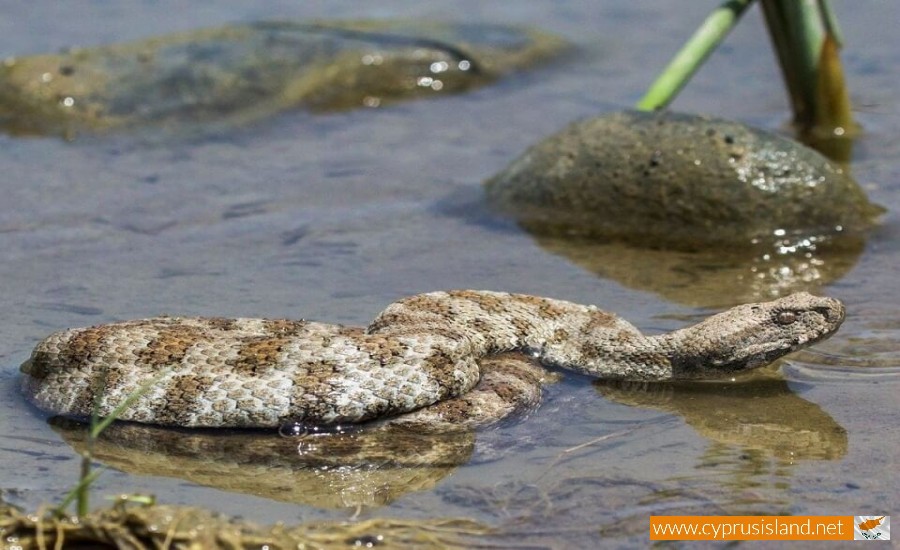 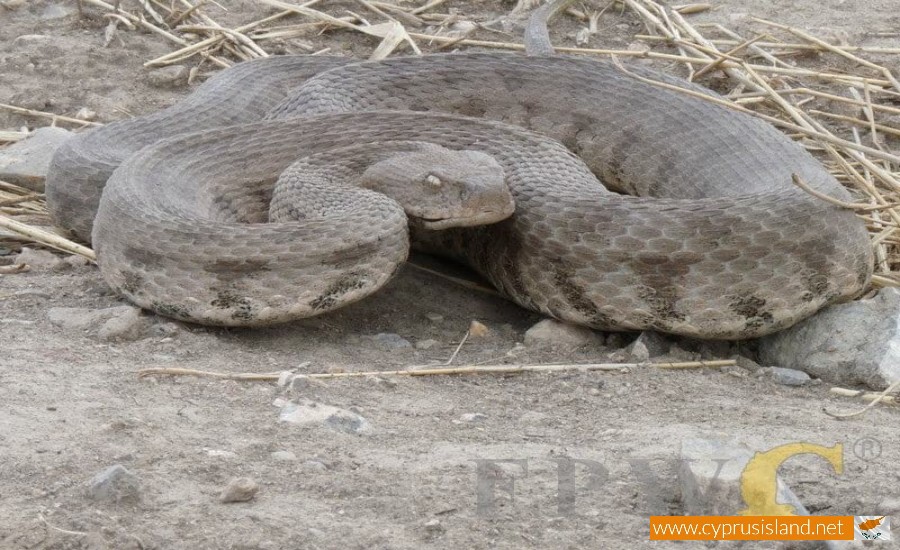