It is a rare species for our country which is in danger of extinction. There are only small populations of these snakes left in a few areas in Cyprus.

Appearance: Its body length rarely exceed 1 metre while the female is a little larger than the male. It can be found in 3 colours: The most common is the grey, whitish yellow towards brown with black spots or lines in the middle and side areas of the body. There are also other with black colour and brownish black ones marked with small spots.

Habitat: It is considered to be a water snake which is found near water areas, streams and damns. It is an excellent swimmer, it can dive easily and usually hunts its prey in the water.

Diet: It mainly feeds on frogs and sometimes on fish.

Dangerousness: It is not poisonous and it does not bite. In order to defend itself it gives out an unpleasant liquid from its glands. 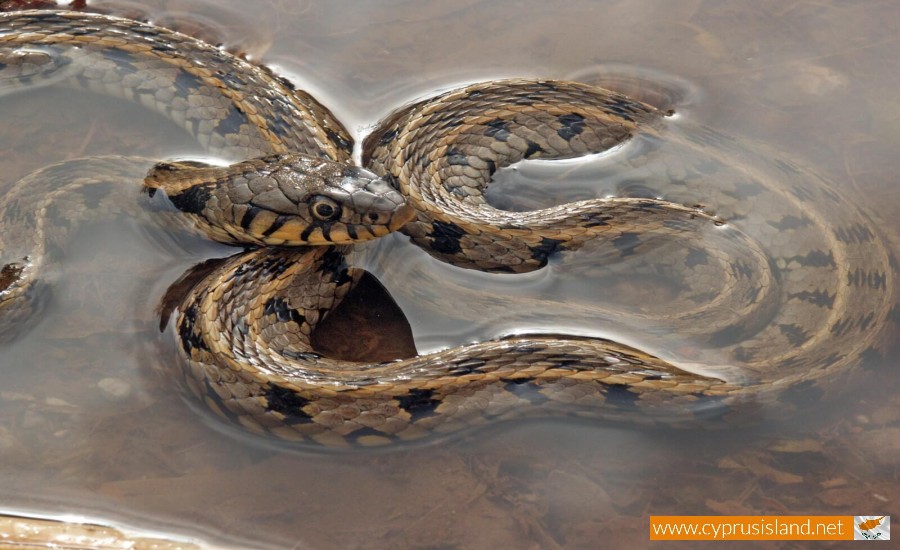 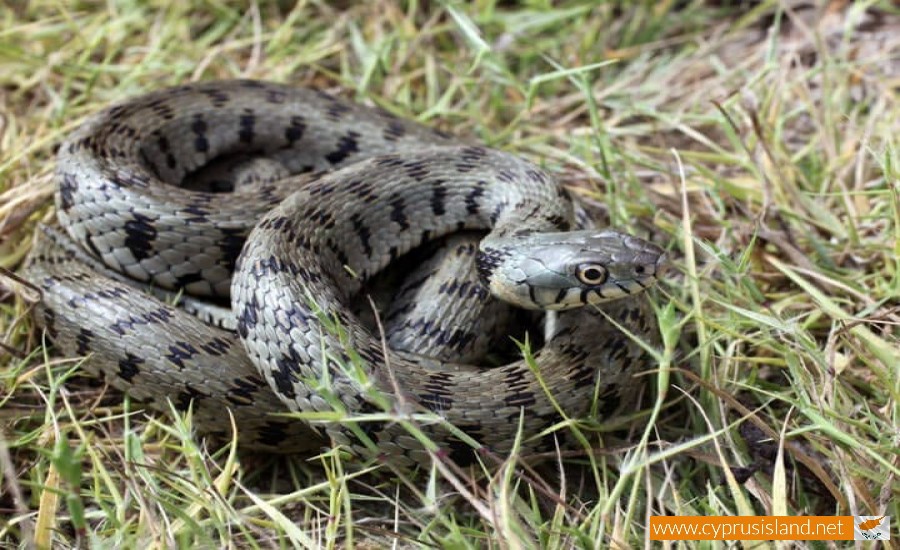 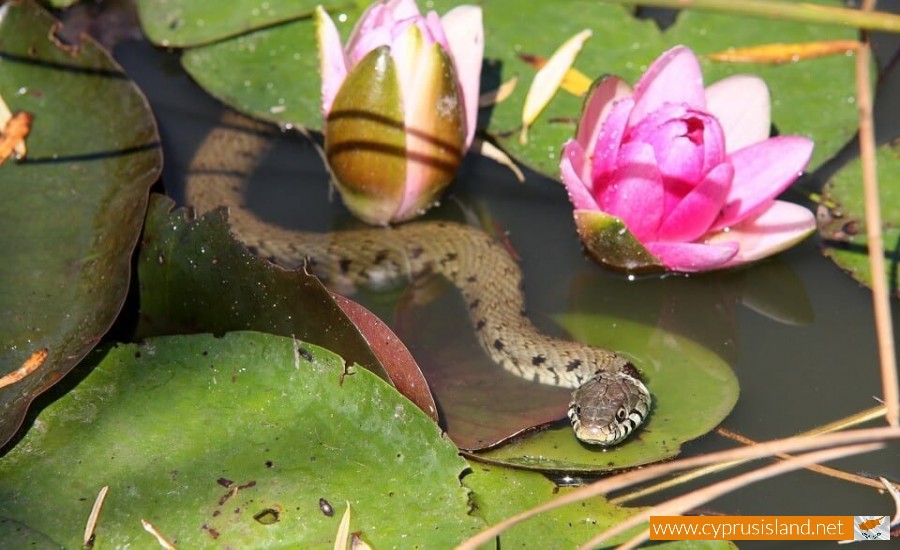