The Agios Nikolaos Cathedral is located in the Ammochostos district.

It was constructed during the 14th century and is a classic specimen of a Gothic Church in Cyprus. The impressive building follows the rules of the French Gothic Architecture has many similarities with the Cathedral built in the French city Reims. It is commonly referred to as being the Cypriot Reims.

It was built between 1298 and 1312 originally operating as part of the Christian worship. History tells us that when the population of Ammochostos was killed by the Plague, a messenger from the Pope was sent in order to provide a service to the dead. A religious blessing ceremony took place around the city and since then the records show that no other plague cases occurred again.

Right outside the entrance is a huge fig tree which is thought to have been there for over 700 years, planted when the first construction work began. Today the Cathedral is a Muslim worship area, while most of the iconographies present the life of Jesus. The rest of the holly icons were taken away as Islam forbids human figures in the religious buildings.

This means that the statues, crosses, windows and hagiographies were either destroyed or were whitewashed in order to hide them.  Most of the tombs and altars were taken away, except to the tomb of the Episcope of Ammochostos who died in 1356 and resits in a white marble monument attached in the floor. There are also the tombs of the two last rulers of Cyprus, Jean de Lusignan known was John the second King of Cyprus as well as his baby son Jean.

The cathedral was designed in order to accommodate the crown ceremonies and for this reason there was a special area for these type of royal ceremonies. Kings and queens received the crown in this cathedral, including the young king Peter I. 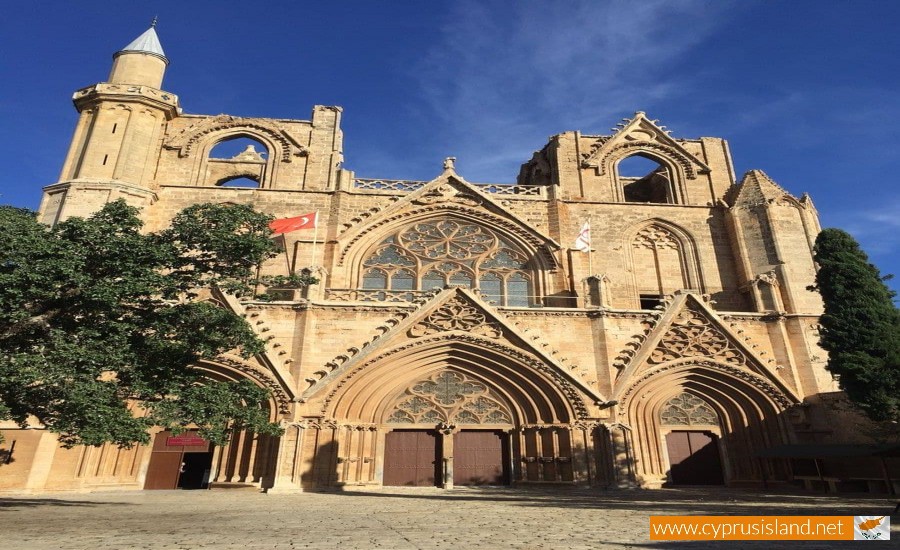 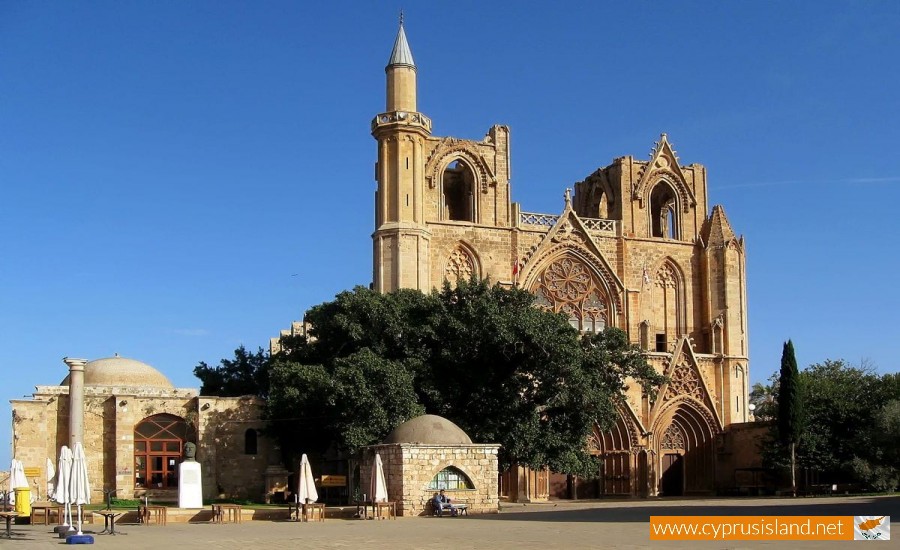 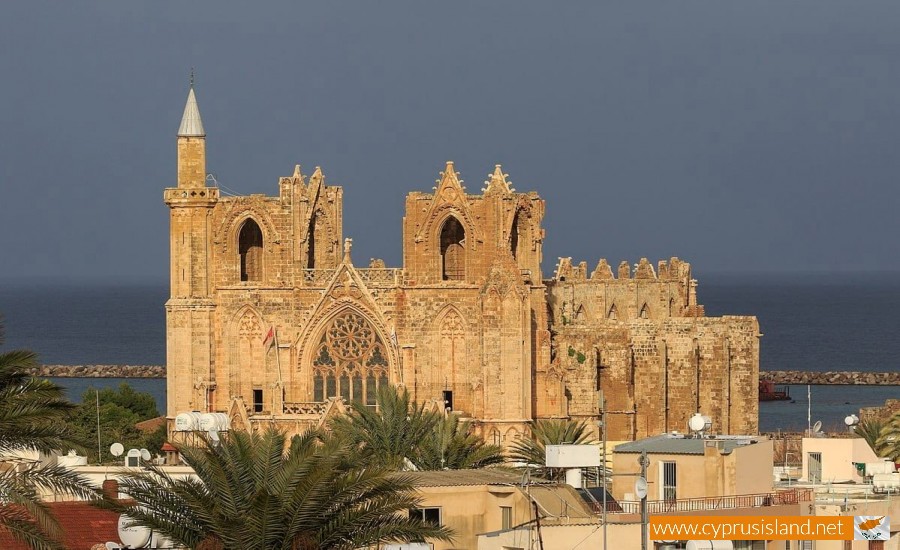