In the medieval location of Tracheias or Tracheiados is the church of Panagia Tracheias of the 15th century along with the tomb of the founder at the north wall.

In Greek, the name of the Church translates to "Παναγία Τραχιά" and it is a one room church with an arched roof and a bell tower.

This church had many iconographies on nearly all the south wall opposite the north door. The eyes of the saints were worn out with a sharp object from the Turks in the nearby village of Pergamou.

An icon of the Virgin Mary dated from 1550 which is very worn out was transferred by the residents of Achna to the church of Agia Marina and every year it is brought back on the 21st of November which is when it is celebrated.

Also during droughts the icon is brought back in order to operate the church and stop the drought. The Virgin Mary of Tracheias is the guard of Achna which protects from all bad things which come from the south. 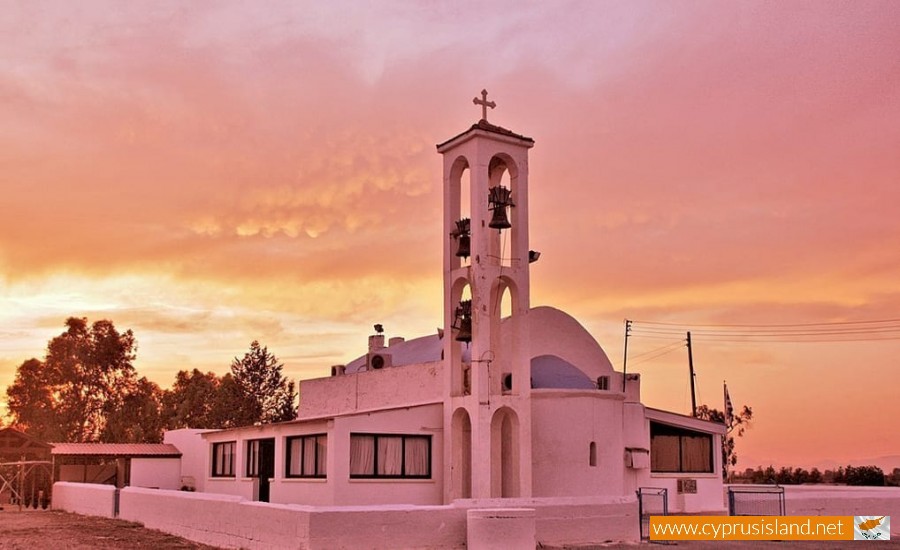