The village is located at the foot of the Adelphi forest. It is a village of the Nicosia district. It is located just 28 kilometres southwest of the capital at an altitude of 500 metres.

In concern to the name of the village there are the following versions:

The village in Antiquity

The village existed from antiquity as ancient ruins witness. An important number of ancient tombs was found as well as other remains from various time periods, specifically from ancient, classic and roman periods.

Additionally life in the area during antiquity is confirmed from the indications for the existence of mines and other remains of the ancient community which were found in the location “Zithkionas”. In particular there was a stone seat, possibly a remainder of an ancient temple which the residents called the seat of the Virgin Mary. Unfortunately today this seat does not exist as it was buried during the making of a road.

The village during the medieval years

Even though there is no mentioning of the village during the medieval years, researchers believe that it still existed even during the ruling of the Franks

The village in the beginning of the 20th century

Jeffery and Gunnis passed from the village during the beginning of the 20th century. Jeffery mentions that the village was a small and not important village while Gunnis wrote a short description of Agios Georgios Church.

The creation of the village according to tradition

The elder villagers mentions that the village was made in the position of a small community of shepherds in the area where there were herds of the Machera Monastery.

The village presents an increasing population course due to its geographical position. In particular, it is located very close to the capital. This fact has also been assisted due to the transportation network. The small distance to the capital played an important role in the increase of population as well as against urbanism.

In Kalo Chorio there is an old and new church of Agios Georgios as well as the remains of the Agia Paraskevi Chapel.

The old church of Agios Georgios with its simple yet standing out bell tower is located in the heart of the old village. The temple was built during the beginning of the 17th century, in particular in 1633 and was renovated two hundred years later. It is built out of stone from the mountain and broken roof tiles. Architecturally it belongs to the arched roof temples.

The bell tower has a rich decoration with two levels of arches. It was built after the church, in particular in 1912 by stones which were transferred from Agrokipia. The bell is even older, as it was built in 1898. The earthquake in 1996 caused serious damages which were restored the following year.

The templo is wooden and carved with layers of gold on it and was built during the 17th century. A particular templo with the icon of Agios Georgios decorated the interior of the temple. In 1992, the department of antiquities announced the temple as an ancient monument.

The new church of Agios Georgios is located near the old church. The construction of the new and largest church began on the 1st of August in 1993 after the suggestion of the Holly Archbishop of Cyprus. It first operated on the 7th of April in 1996.

At the borders of the village with the neighbouring village Gouri , there was a small chapel dedicated to Agia Paraskevi. Nowadays all that is left of the chapel are ruins. The icons of Agia Paraskevi as well as the other two icons of the Virgin Mary and Jesus are saved in the old church of Agios Georgios. 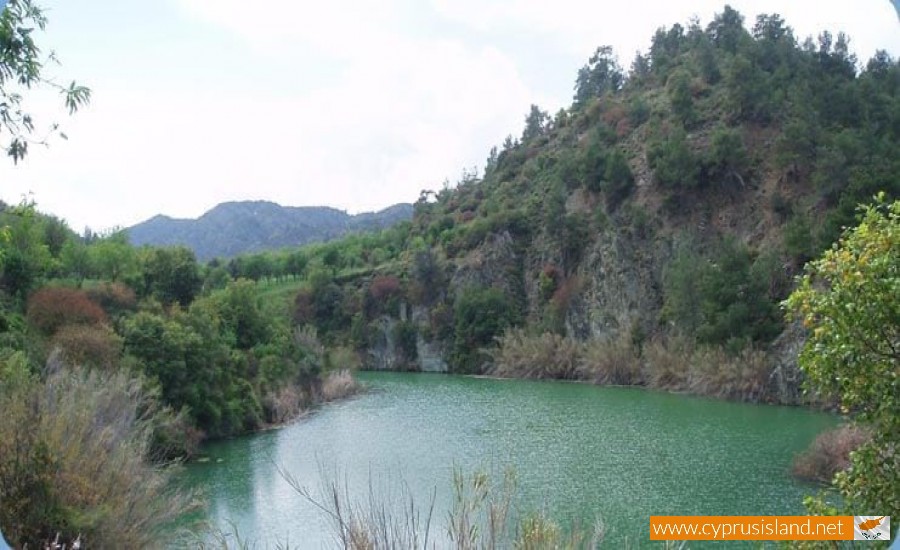 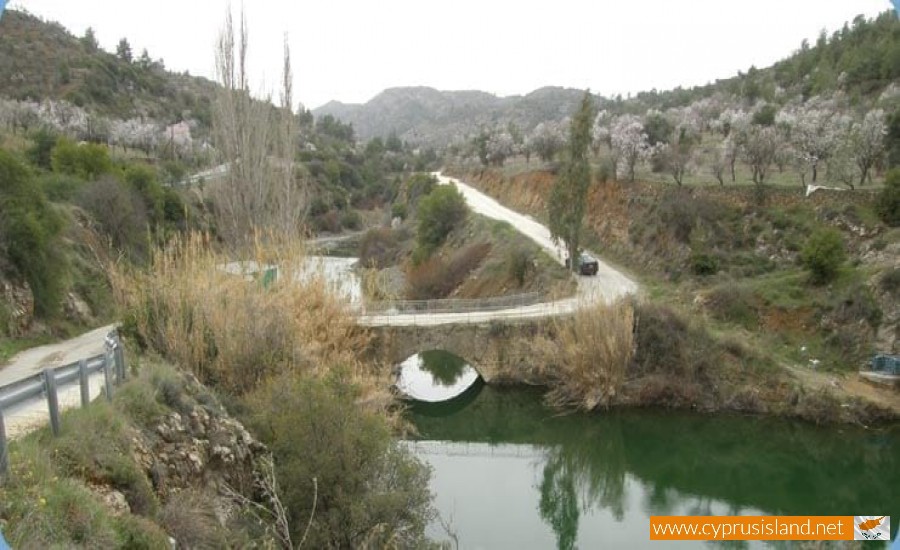 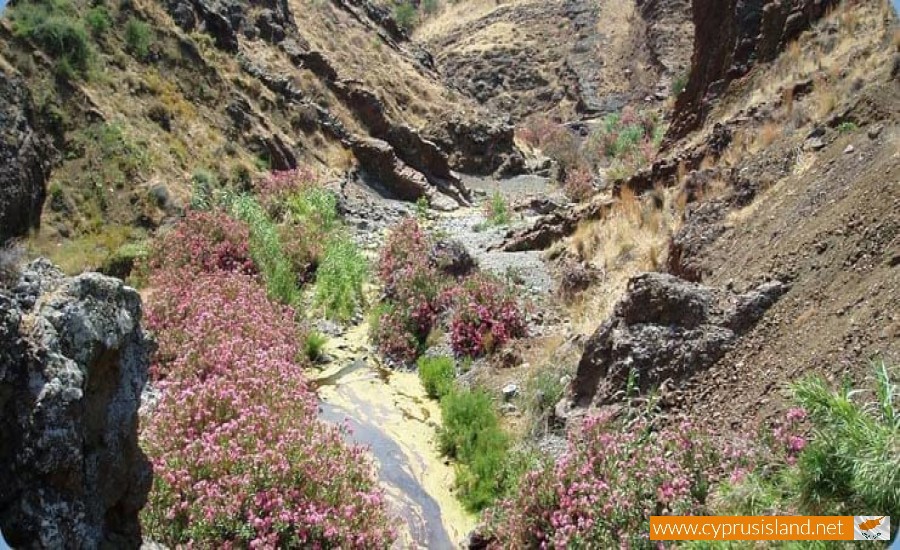