Linou is a village in the Nicosia district, in the geographical area of Solia , around 48 kilometres southwest of the capital of Nicosia.

To the northeast of the village is today’s community, Lemones. Linou is built to the right hand side of the valley of the Karkoti River, at an altitude of 310 metres. Linou has an annual rainfall of about 360 cm.

In the area olives, citrus fruit, some vegetables, wheat, lentils and some fruit trees are cultivated. There are also some areas which aren’t cultivated and are taken over by wild vegetation mainly with pine trees.

The village had the exact same name during the medieval years and was a fud during the Frank and Venetian period. On older maps the village is written as Linou.

The name of the village seems to have an ancient Greek root wither way it is written. This shows that the area must have been inhabited by the ancient Greeks during antiquity. Many write the village as Linou stating that its name comes from Linon the ancient tool which was used to crush grapes and create wine from. It is also the last name of the Greek God Dionysos, as Lineos was the protector of Linou therefore of wine. This last name was possibly brought to Cyprus during antiquity by the God Apollon. In order to accept this explanation, we must consider the area to have been a wine production area and possibly a worshipping area for Apollon. Others however consider the village’s name to have come from the word linon being linari which was cultivated during the ancient years for the creation of linen fabric. Others consider that the name of Linou has to do with worshipping as Linos was the son of Apollon and Psamathi. Linos was also the name of one of the 70 Apostles which is celebrated on the 5th of November. Linos was also the ancient town which was built at the coast of Misia in Propontida according to Stravon.

The area was inhabited from antiquity, as it is characterised by its prosperous land in the valley of Karkoti as well as being near the mines of Skouriotissa which was an important element during antiquity.

G . Jeffery (1918) mentions only two churches in the village, those of Agia Marina and the Virgin Mary which were completely rebuilt. The second church is dedicated to the Virgin Mary with the last name Pantanassa.

The church of the Virgin Mary seems to have been built in 1905 according to an inscription. When it was built it was located at the centre of the village, today however as the village has been extended it has taken a position towards the northeast edge of the village.

Architecturally, it has a rectangular construction with an arched roof. Its exterior is made of stone found in the area and the surrounding courtyards is paved with concrete. The tall and arched bell tower is adjacent to the temple and is east of the church. The bell is not electronic and it rings every Sunday calling the believers.

In its interior it doesn’t have any hagiography however the iconostasis has a particular construction. It is made by concrete and has a decoration which seems to be of a wood construction something which is not used to in churches. The iconostasis has blanks where other older icons existed. The throne is wooden and carved. It was donated by the village priest. It is a flat church which can accommodate around 150 believers. In 1960 the church was in a disastrous condition. However with the help of the church it was reconstructed completely. The church is celebrated on the 8th of September.

It is not exactly sure when the chapel of Agia Marina has been built, which is located a few metres further up from the east temple of Panagia Chrysopandanassa. The chapel is built with stone of the area, it is small with a capacity of about 50 believers. Architecturally it is made up of one room and the roof is covered with roof tiles.

In 1980 due to the fact that the stone was worn out, the chapel was restored with a layer of concrete that is why it is grey. The courtyard is made of a metal construction and the bell tower also leans on this construction. It interior does not have any hagiographies. The iconostasi is of a recent construction and the transportable icons are dated. The icon of Agia Marina is also placed on the iconostasi. The chapel operates once a year on the 17th of July, which is the day the saint is celebrated on. In the village Turkish Cypriots and Greek Cypriots lives together. According to tradition it is said that Agia Marina stopped the increase of the Turkish Cypriots.

As one stands at the centre of the village looking towards the east, high on the mountain cliff is the chapel of Prophet Elias. The chapel was built in 1995. It exterior is covered with bricks and its interior is whitewashed. The courtyards is closed in with cement. It interior is fairly new. It is a small simple chapel which operated three or four times a year.

On the peak of the mountain there is a large stone with a hollow. In this hollow there is always a candle lit for Prophet Elias. It is said that Prophet Elias assists in bringing the wind in order for the residents to separate the hay from the seeds. The church is celebrated on the 20th of July where many people are gathered in the village a well as neighbouring villages.

The small chapel of Agion Saranda was built in 1997, two years after the chapel of Prophet Elias was built. It is to the north at the edge of the village. Architecturally it is made up of one room. Its exterior is made of bricks and whitewashed while its courtyard is closed in. the floor is also made of concrete. The bell tower is held by metallic posts. The chapel operated three to four times a year. It is celebrated on the 9th of March. 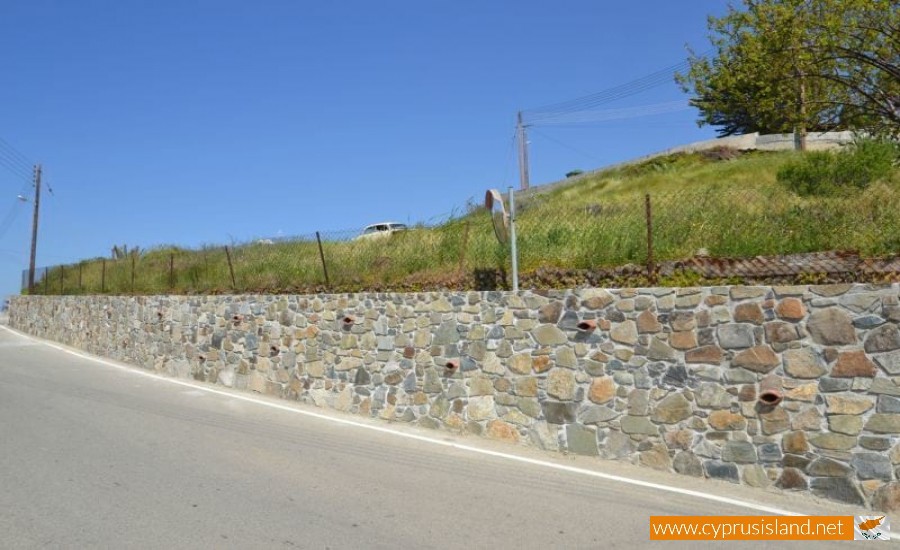 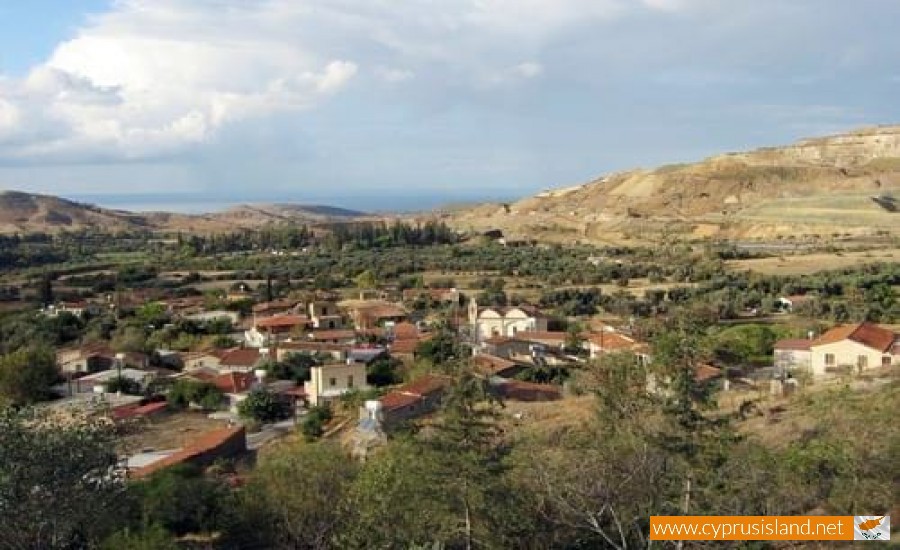 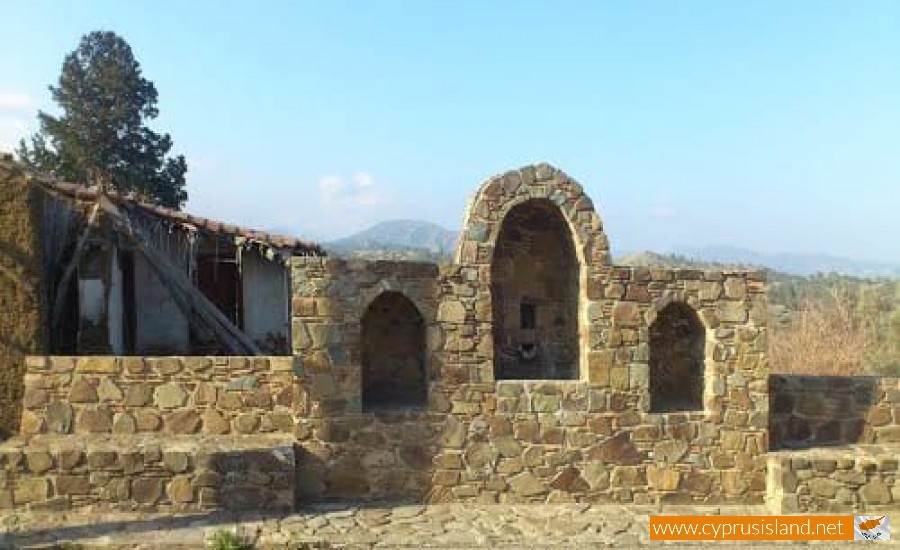