The Catacomb of Agiou Lambrianou is situated in the area of Kato Paphos in the Paphos district. More specifically it is exactly opposite the famous Catacomb of Agia Solomoni, on Agiou Lambrianou Street. The catacombs, which were carved underground were used by the first Christians during the prosecutions in the Roman Period. Visitors can get to the catacomb by stone built stairs. It is made up of an open courtyard, and carved rooms around it.

Agios Lambrianos is a local saint in Paphos, who is not officially recognised by the Church of Cyprus. This is why the saint does not have a celebration date. If the catacomb was not opposite the one of Agia Solomoni it is very possible that would not have heard of him either. When comparing the two catacombs it is like comparing a modern palace with a house made of clay.

It is believed that Agios Lambrianos was one of the Alamanous who came to Cyprus from Palestine and lived in various parts on the island. The only source of the saint’s existence is the icon which the hagiographer Parthenios drew during the end of the 18th century. Apart from the catacomb in Kato Paphos there is another cave that is located in the area of Emba. It is possible that the saint lived the first years of his stay in Kato Paohos and then moved to the cave in Emba. The saint is believed to heal all sorts of skin problems as well as headaches. 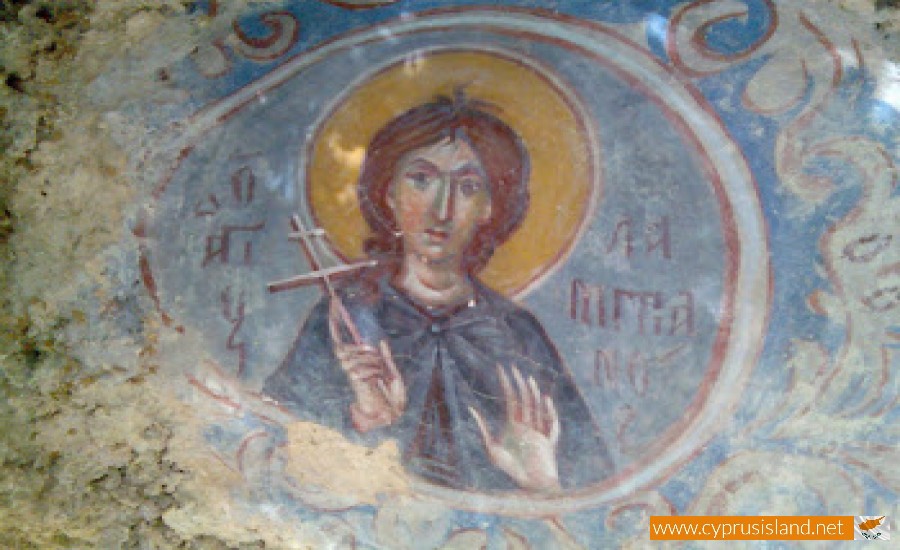 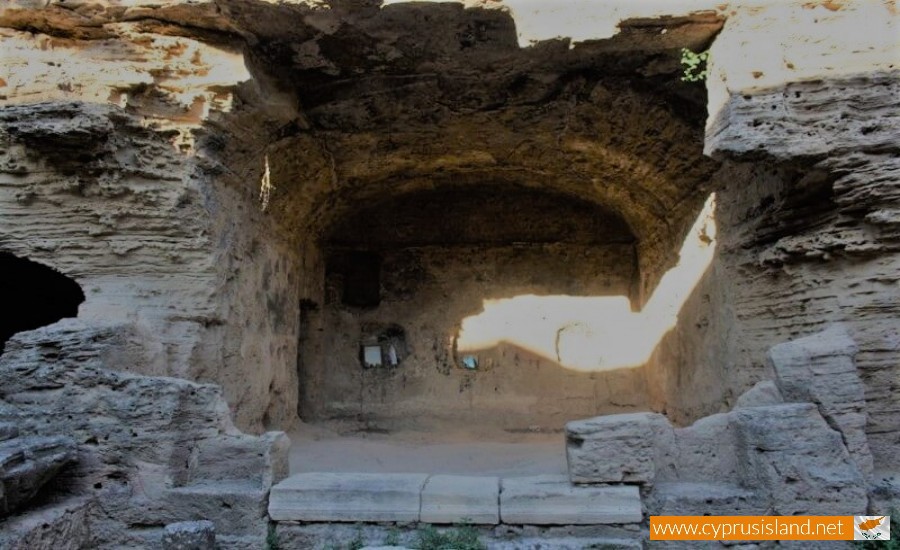 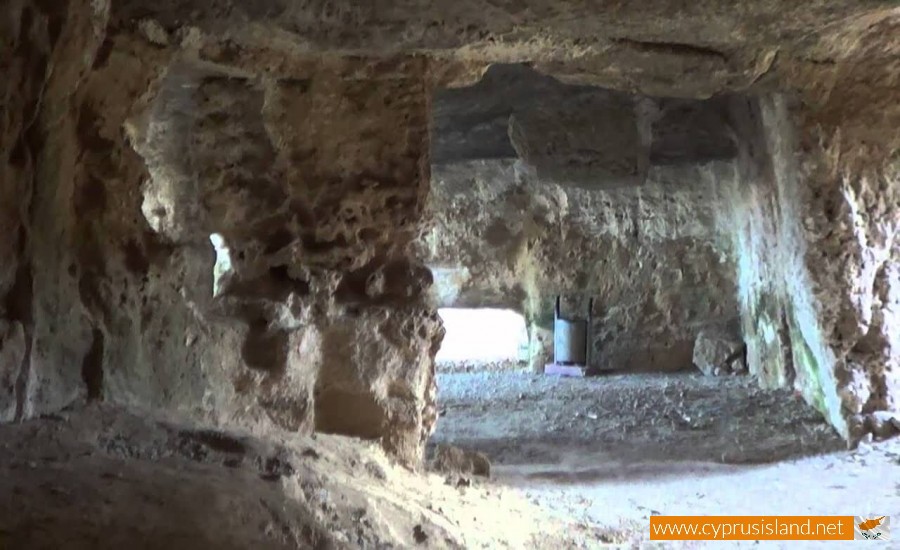 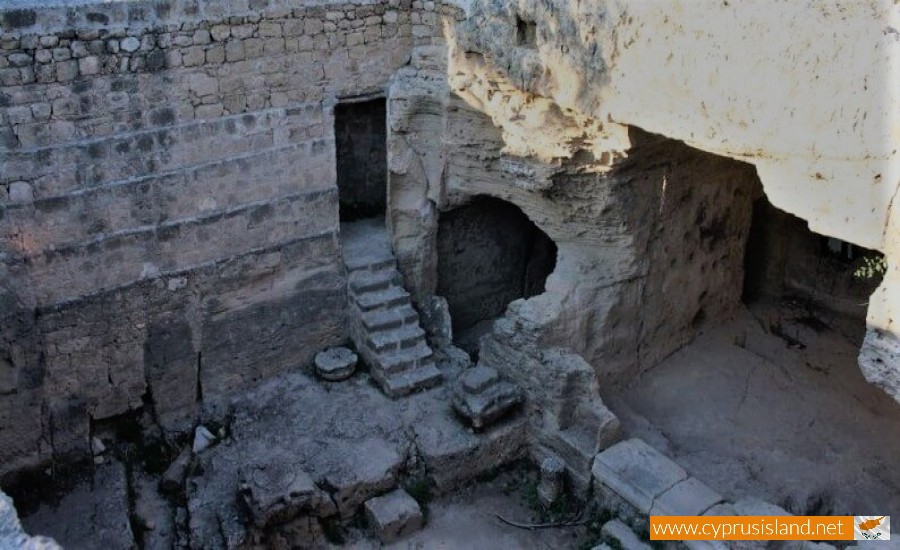