Agios Kyriakos Anachoritis Church is located in the Kambos village in the Nicosia district.

The church of the village is dedicated to the particular saint who lived during the 5th century A.D. He was from Korinthos but lived in Palestine. Saint Kyriakos celebrates on the 29th of September.

The Kambos church is the largest wooden roof temple in Cyprus. It was built in 1881. At the same location there was a small church from the Frank period (1291-1489).

Icons of Jesus, the Virgin Mary, Ioanni Theologou and Agiou Nikolaou have been saved from the old church.

The new temple has a basilica architecture, with two colonnades in the interior, dividing the area into three aisles. To the west part there is a wooden loft, with carved art.

The iconostasis is wooden from walnut wood. There are three rows of icons, with the Crucifixion of Jesus in the middle. Amongst the icons there is the one of Panagia ton Eliakon.

There are also many icons of the walls of the temple. The doors of the old church are also very impressive, on which the three Hierarches and Agia Varvara are presented.

The Church of Kambos was renovated during 2000, and has a double storey marble bell tower that was built in 1932. There are three bells, two of which operate with electricity.

The area north of the church was used as a cemetery until 1959, which was then transferred to a closer area. 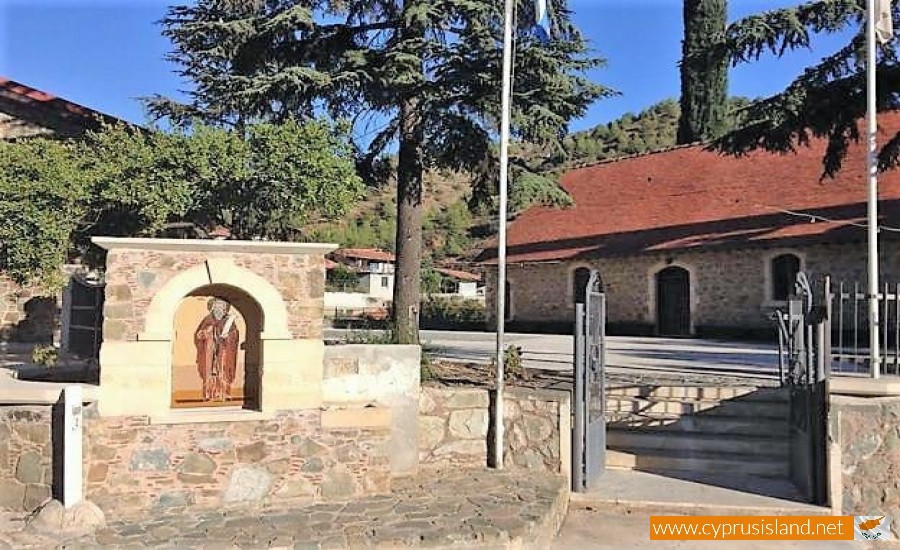 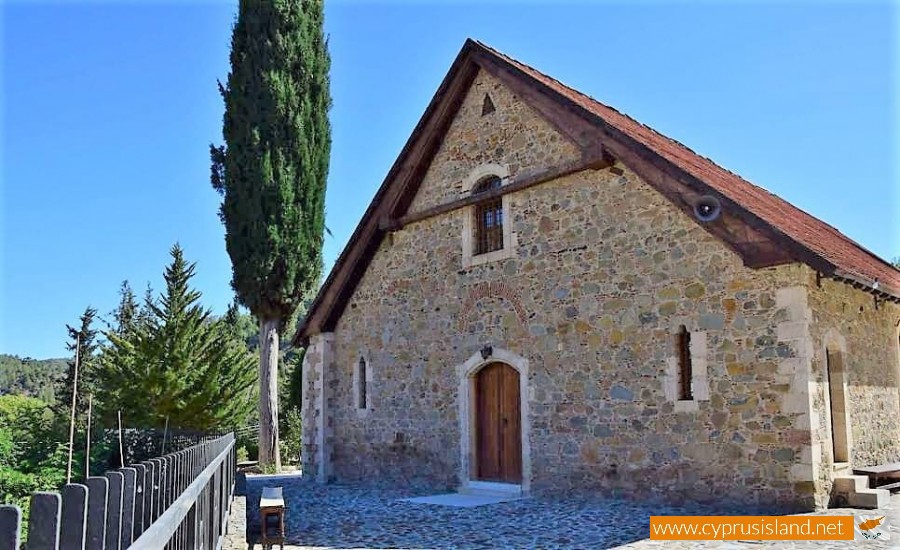 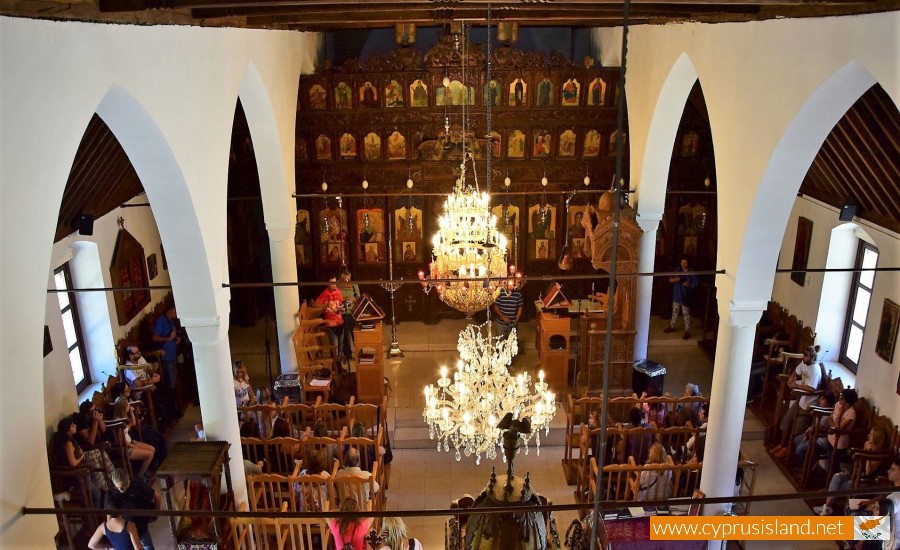