Located in the Kouklia community in Paphos is the Apostolou Louka Church . Kouklia is a community with ancient history where the beautiful Aphrodite lived, and where we have the chance to see the beautiful churches and chapels. Moving towards the centre of the village and amongst the traditional houses, is the central church of Apostle and Saint Louka.

About 100 years ago there was an earthquake and the church had many damages. From witnesses we known that the temple was built again in 1895. It can accommodate 250 to 300 people.

Moreover it was renovated 18 years ago with the help of the community. Externally it is built with stone found in the area. The bell tower is built and connected to the rest of the temple but is not very high. Since the earthquake the remains of the bell tower have been preserved.

In the interior the room has been renovated. It was wooden with characteristic arches of 3-4 metres distance one from the other. The arches are kept even today as a decorative element, but the roof is concrete and flat. The altar has also been renovated, as the floor has been replaced with square marble pieces.

The temple is decorated with icons and one hagiography. It is the hagiography which has been restored lately and that is of Archangel Michael at the last wall of the temple. The rest are very warn out. The iconostasis of the church has been changed with a replica of the older one. It is wooden with all the icons of the saints. It has two gates, the grand gate and another one to the right. There are also wooden psalter benches and a wooden stairway.

The icon of the dedicated saint exists. It is very old and its construction date is not known. In an attempt to preserve it, another one was found. It is of Apostle Louka sitting and painting. It is placed on a special iconostasis.  It is moved only on the day of celebration of Apostle Louka which is on the 18th of October. 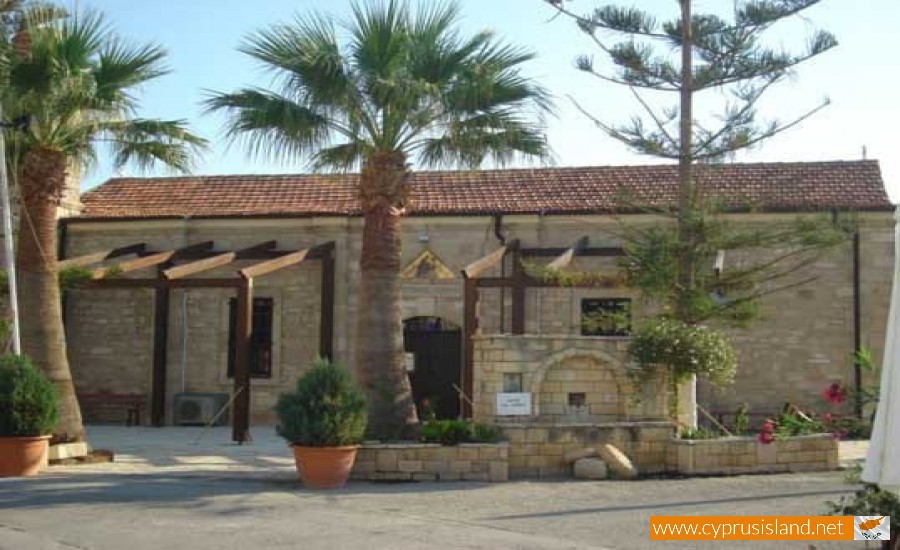