Panagia Chryseleousa Church is situated in the village of Chloraka in the Paphos district. It is a medieval construction and a jewel of the village.

It has a Frankish byzantine rhythm with one dome. The coast of arms of the Frankish conquerors can be seen in a T formation at the west entrance of the temple. According to Gwyneth der Parthog, there was an old Latin building which was connected with the north wall of the southern side. It is also mentioned that there are two pointed arches in the interior of the temple that prove the existence of a Frankish chapel.

The temple is filled with murals that are characterised by their shapes and their colours. The old murals are of the 13th century and are situated at the south wall of the west part of the temple. The murals of two saints are situated there, one is Agia Kyriaki and the other one has been worn out. Another mural at the north wall depicts Agio Georgio killing the dragon.

Newer layers of murals have covered the old murals. There are six murals in the altar of the temple:  the scene of the Evangelism, the Birth, the Crucifixion, the Lamentation, the Sacrifice of Abraham, the Baptism, of Archangel Michael and of the Virgin Mary that is entitled as Platytera. The interior of the dome has a commanding mural of the Pantocrator with an inscription.

Today’s templo is made of wood and is folk painted with vivid colours. There are three mobile icons that decorate the templo. The Panagia Odigitria and Ioanni Theologou icons that were previously on display, were transferred to the new church. These icons are dated to the 18th century. Another icon of the Virgin Mary was placed in the position of the Panagia Odigitria icon after it was moved. It is entitled as Eleousa and it was made in 1957. There is also a thinner zone of smaller icons placed in two rows. There are thirteen icons in the first row and another twelve in the second row.

The altar of the temple shows the Virgin Mary from the Evangelism scene, while the icons of Agiou Ioanni Chrysostomou, Megas Vasileiou, Agios Georgiou Theologou and Agiou Nikolaou are displayed further down. The leaves of the altar are surrounded by two scaly dragons.

The church of Panagia Eleousa operated until 1928, when the Panagia Chrysoematousa Church began operating. The elder people remember a special church area for women, originally separated with wood and later on with a wall. This is how the men and women avoided seeing the altar. The church gallery had a large mural of Archangel Michael. Many areas in the church were changed in order to operate as school rooms.

The Panagia Eleousa Church is visited by many visitors every day, mainly tourists who wish to admire the byzantine architecture. The temple is under the supervision of the Paphos Archaeological Museum. It operates on the 21st of November as well as a few other times a year. 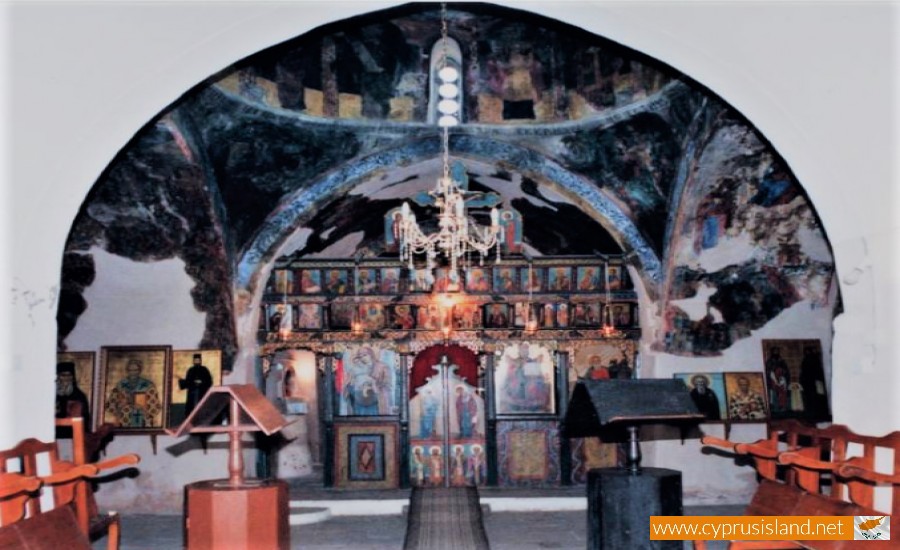 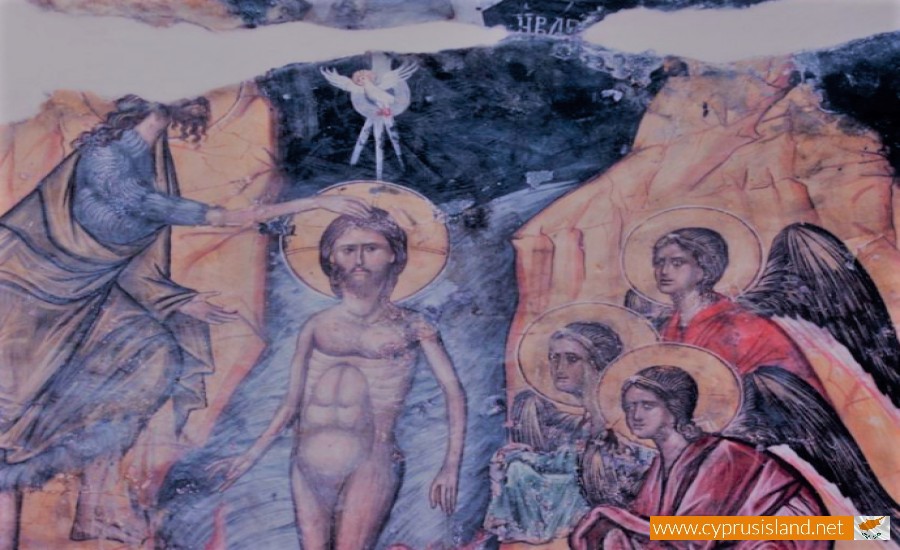 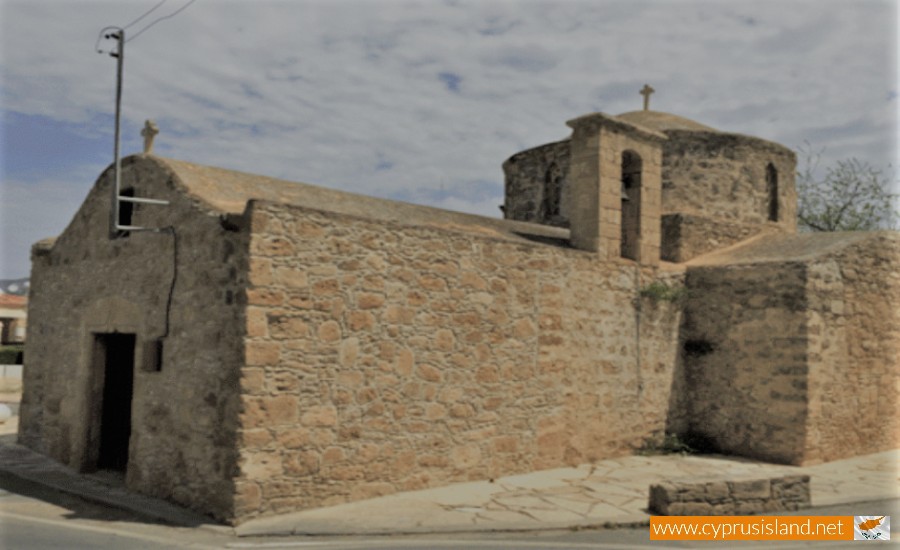