It was built during the period of 1963-1966 with plans of the architect Michael.A Kokkinou and operated on the 21st of September, 1969 by the Archbishop Makarios the Third. The temple is one of the largest in the area. The floor is made up of three different levels in order to allow everyone to watch, and has a capacity of 2000 people. There are three entrances in order to accommodate all the people who enter. It was decorated with iconographies in 1995 and today all the sides of the temple have iconographies. The iconostasis is wooden with various symbols and decorations.

In the village there was a field that everyone knew which was called the field of Agios Georgios. This big field was slowly destroyed due to the creation of roads and shops.  There is a small part of the field with orange trees which was left untouched and was made into a park area. 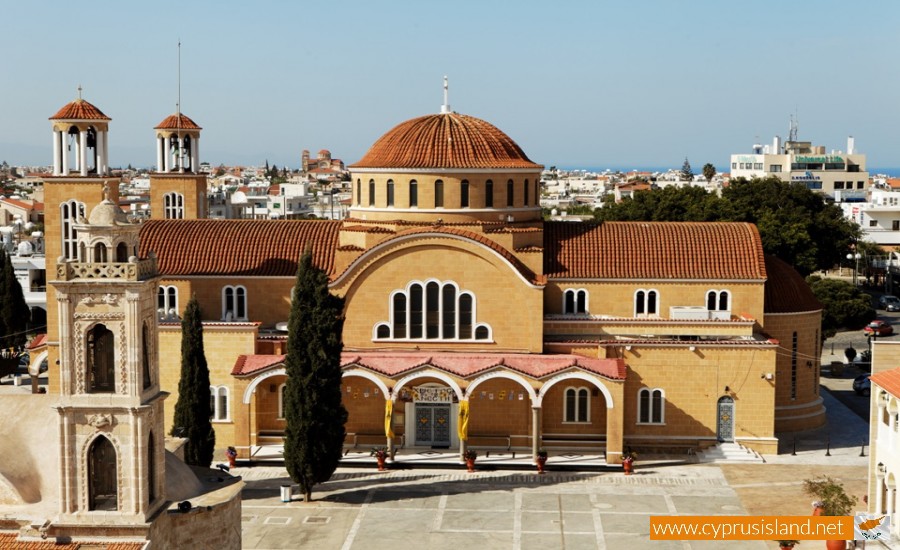 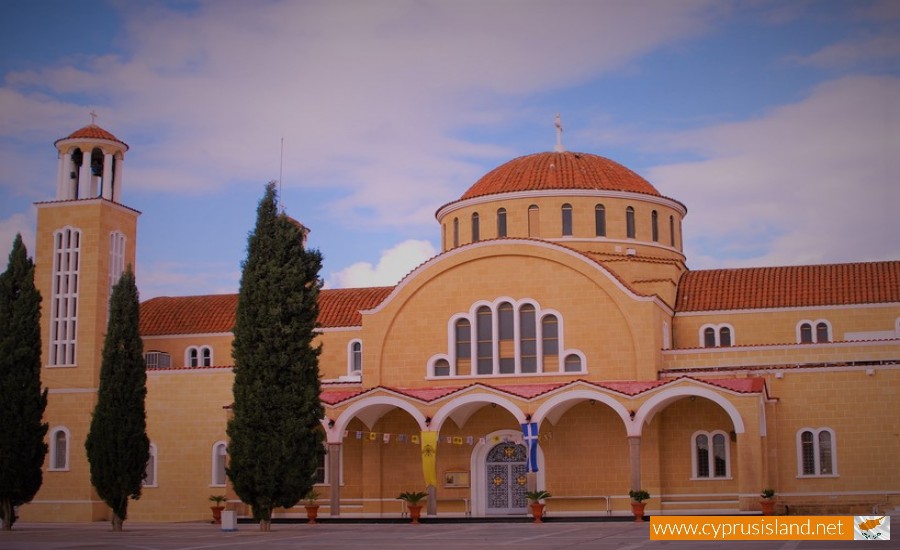 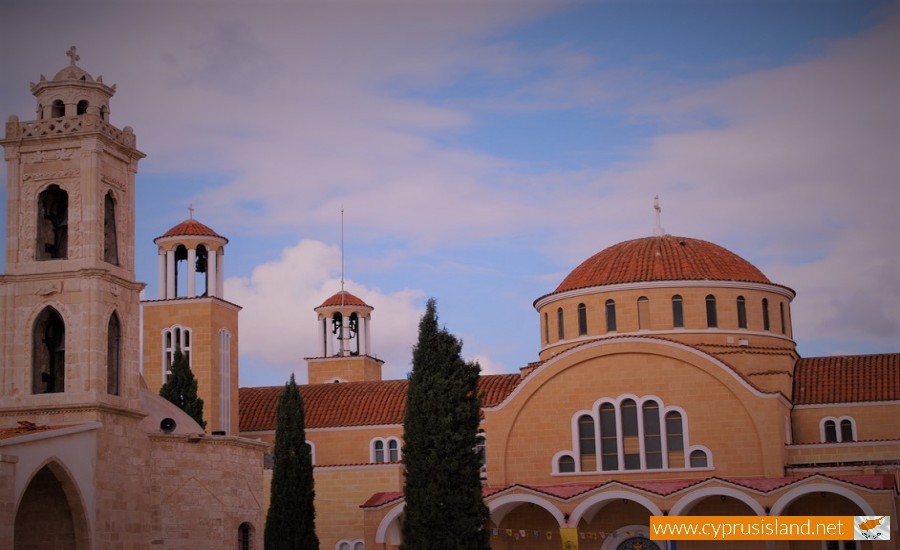