Paralimni is the largest municipality of Ammochostos which is the centre of its social, cultural and economic life. It became a municipality in 1986 and the board is made up of the mayor and 12 members which are elected every 5 years. It is situated in the southeast part of Cyprus and received its name from the seasonal lake which borders to its west.This area forms a natural cavity where rain water is collected in all the locations in Paralimni and the surrounding hills. It has a rich cultural tradition and combines the advantages of a traditional villages with the amenities of a modern town. A modern transportation network links Paralimni with the areas in Cyprus, and visitors have the opportunity to easily travel to any other location on the island.

Protaras, the tourist area of Paralimni and is a very popular tourist resort for local and foreign tourists. It is an ideal location for holidays and has about 20.000 hotel beds. It is a real paradise that is full of life, with golden beaches and crystal clear waters. It combines luxury hotels, a pleasant atmosphere and an intense night life. The impressive natural beauty of Protaras with its sheltered blue bays, its clear and rich sea and the well-known sandy beaches on the island make it the ideal choice for unforgettable holidays.

Paralimni is the largest community of the rich valley in the Ammochostos district and is located in the southeast part of Cyprus, a point which someone can enjoy the first sunrise in all of Europe. The roots of the village are from very far away. From the Hellenistic period it was built in the ancient town of Lefkolla. Today there is nothing left from this town. During the Byzantine years Paralimni was the smallest community, or actually it was made up from many smaller agriculture communities. The largest of them must have been built between the old village and the area where the Lyceum is built today, near the church of Agios Dimitrios. This is obvious from the remains of the community which are scattered in the field of the village in the form of many small rocks. In the area, many farmers happened to find various items which witness the existence of the community. The most important findings are the byzantine coins.

Locals wait for the tourists to give life to the market, the shops, the centre but this was not always like this. About 50 years ago Paralimni was a characteristic agriculture community which based its economy on its poor agriculture produce. The border region of the fertile plain of Kokkinochoria was poor. The largest part of the land was barren and rocky. The complete produce was based on the few dry crops as the water was also scarce.The only ones who had enough income to be considered wealthy were the landowners. The workers worked with the sweat of their face in order to earn their living. Many had land or rented land in the areas of Agiou Louka and Engomi near the occupied Ammochostos today.

The rich had the best pieces of land in the Ammochostos suburbs and especially in Agio Memnona. The poorer workers moved to their land with great difficulty as there were no machines that exist today. A great wave of immigrants would leave Paralimni each year in order to find a better life. Many of them achieved it , and created great businesses , ensuring a better future for their children.A characteristic example of this period, is the seaside area which extends along the length of the east beach which is called the “valley of the windmills”. This area was the productive area of Paralimni. The residents opened wells and found the superficial subterranean water which was then pumped with the windmills that are the hallmark for the area. During the 1950’s, some changes differentiated the situation and the economic life. The superficial waters began to decrease. The windmills could not pump the water from great depths anymore. This is when the machine pumps and the turbines were first used. The water then became plentiful and the crops increased greatly.

The second change was the introduction of greenhouses. The residents of Paralimni are conservative people, however they have the ability to accept the advancements of technology and apply it to every new method of production. The residents of Paralimni were the first people of the island to implement the method of the greenhouses. They increased their produce greatly as the weather conditions were not a problem anymore. The production of early vegetables increased, the income became greater and immigration began to decrease.During this period a large amount of money was brought it through another traditional occupation of Paralimni. Many residents worked at the Ammochostos port, which was a difficult and tiring occupation even though it was very prosperous during the 1950’s. Later on the port was modernized, the work became easier and trade in Cyprus began developing. The port workers had enough work and great incomes.

The independence of Cyprus in 1960, finds Paralimni in a period of economic prosperity and development. Paralimni is now one of the richest villages in Cyprus. It is now unrecognizable as the poor agriculture community is one of the most developed on the island. In 1974 the Turkish invasion brought a great catastrophe to Cyprus, and Paralimni was also greatly affected. The port workers as well as everyone else who worked in Ammochostos, were left unemployed and lost their income. The land owners in the area of Agiou Memnona and Agiou Louka suffered irreparable economic damage. Paralimni came to an economic halt, many residents suffered unemployment and searched for work. Many abandon Cyprus and go to other towns in Cyprus as well as England, Greece or Arab countries as well.

This inactivity lasted for a few years and in 1978 a great economic development occurred on the island. Paralimni began its development with a new source of income which was tourism. The east coastal area which was the heart of the agriculture production had a new role. It became one of the most important tourist areas on the island. Protaras has a great natural environment, it is a nice location and has rich vegetation. It became an attraction point for investors and tourist entrepreneurs. Today the area is full of life in the summer. Thousands of local and foreign tourists go to Protaras in order to enjoy the sea and the great natural environment.

The area of the community has a panoramic view towards the sea. This may also be the reason that it was abandoned and destroyed. During the 7th century the Arab raids began. The Arabs were the fear of the Cyprus residents. They would stop at the shores and take over the communities which were near the beach. That is when the Cypriots took some measures in order to protect themselves. The safest measure they took was moving the village to an area which was unseen from the sea. This seems to be the reason why the community in the area of Agios Dimitrios was abandoned. The residents moved from the area, to the central part of Paralimni which is unseen from the sea. In the area, there were also other smaller communities which were also abandoned or they joined the new village which formed Paralimni. The clues which form this idea are the many chapels located around Paralimni. Some of these chapels are in the residential area of the old village.

In concern to the name of the municipality, Paralimni recieved its name from the seasonal lake “Para ti Limni” which is included in the protection habitats of the NATURA2000 and is formed to the west of the community, between Paralimni and Sotira. Due to the location of the village, it took the name “Para ti Limni” which was later altered into Paralimni. In 1986 after a vote, Paralimni was announced a municipality, under the name “MUNICIPALITY OF PARALIMNI” and since then it has been the largest municipality in the free part of the Ammochostos district. It is worth noting that during 1986, the first elections were held for mayor and town council, with the first mayor being Mr.Nikos Vlittis.

Today there are about 15.000 residents and t is divided into urban and tourist zones. The tourist zone is made up of Protaras which is a beach suburb with beautiful sandy beaches, clear blue waters and many hotels. Paralimni is a small rich town which is developing at a rapid pace in all areas of the economic and social life.Paralimni is a small advanced town which combines the advantages of the traditional village and the amenities of modern life. Modern shops, offices are situated next to the traditional coffee shops and old shops. The main square has been developed, and the park, its cafes, the beautiful storefronts and the modern shops have the characteristics of a modern town. There is an air of pleasant and social well-being.

Paralimni is filled with churches and chapels which decorate every corner of the town and are a priceless treasure for it. The existence of both grand temples and humble chapels shows the love that the residents have towards God and the Saints and is a blessing for the island. These churches and chapels are: 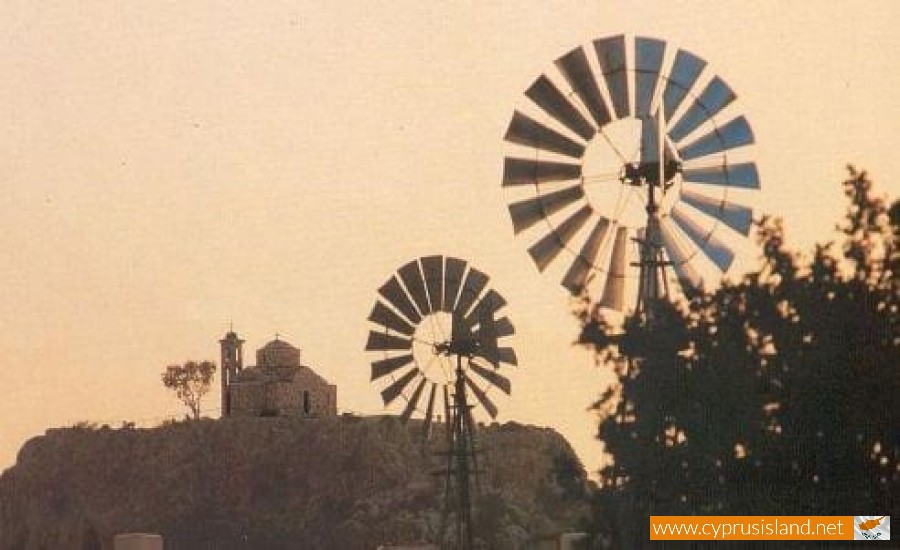 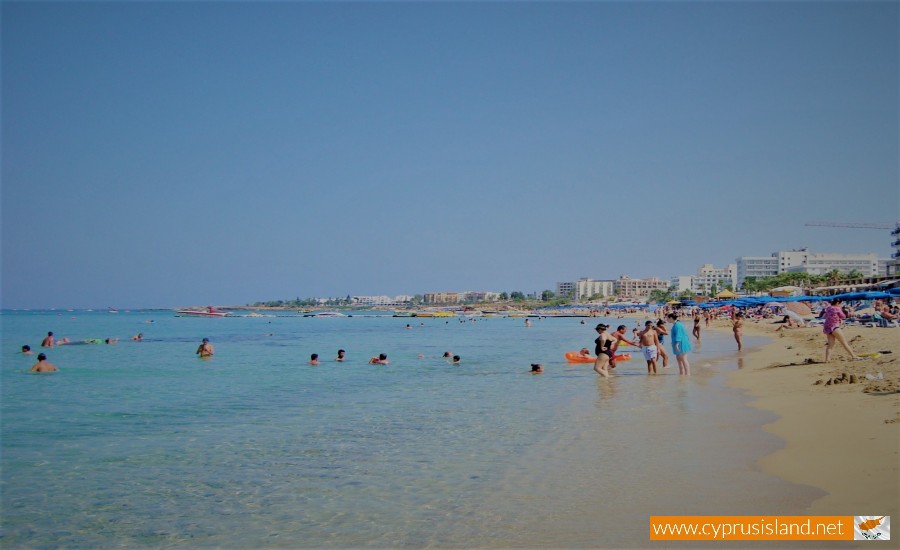 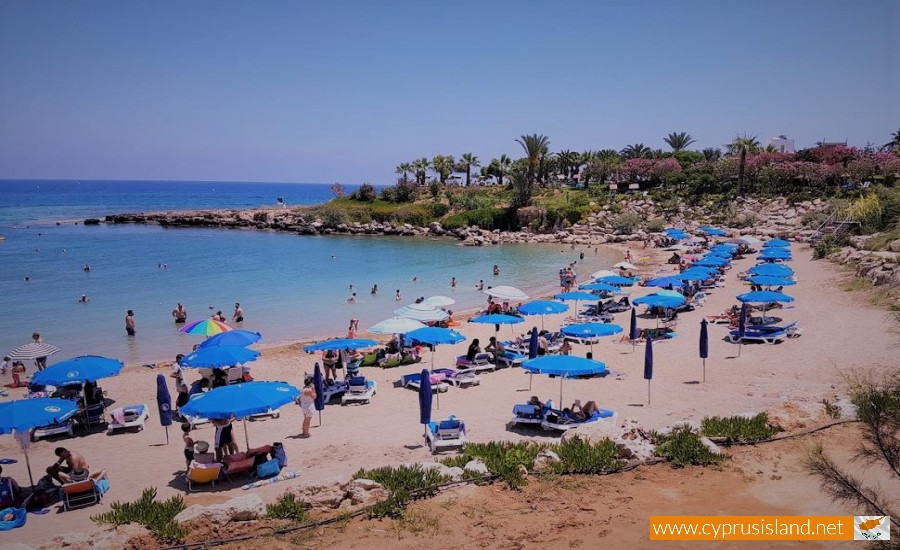 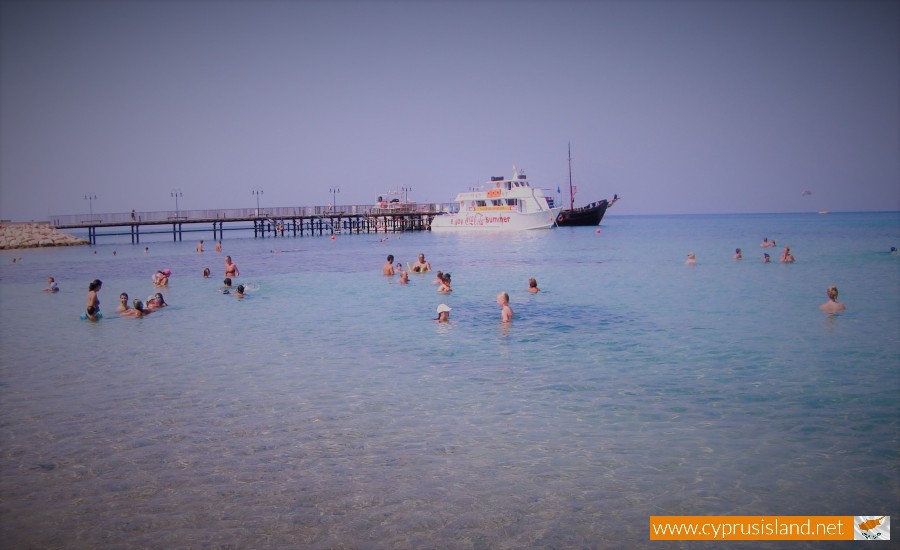 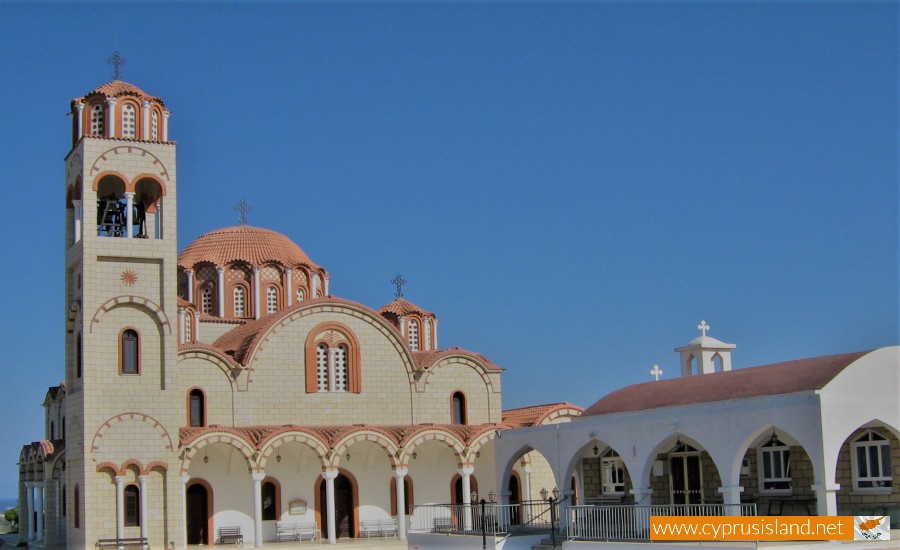 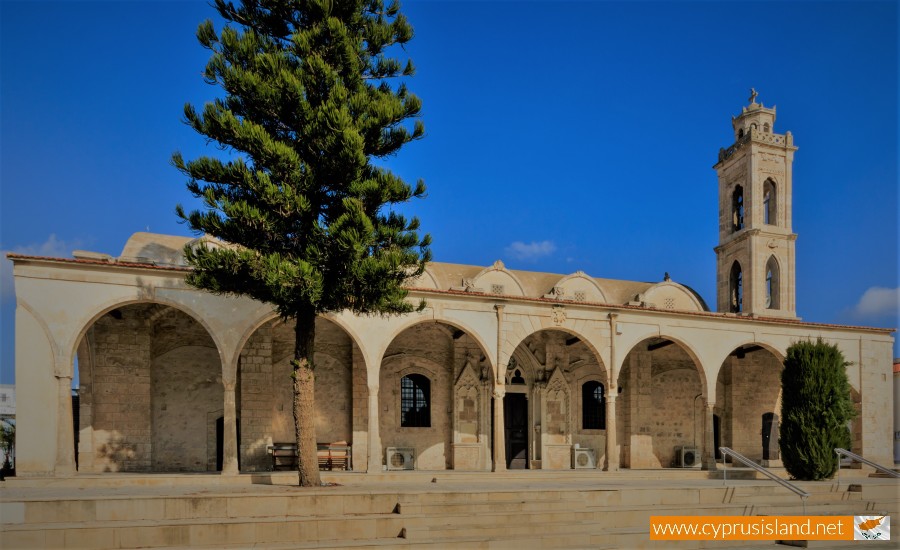