The church was built in 1919 in the area where the “Great Agros Monastery” was built. In 1894, the same year as the demolition of the monastery, the residents began the reconstruction of today’s church. The construction ended in 1909. It is a building with a crossed dome. It is a large enough church to accommodate up to 1500 believers.

On the outside, it is built with stones and rocks found in the area. The church has a length of 97 feet and a width of 48 feet. The dome height is 49 feet and the surrounding wall has a thickness of 4 ½ feet. The belfry, tall and located at the northeast corner of the church, has three large bells.

On the inside it is whitewashed but without any angiographies. The Altar remains the same, since it was saved during the monastery demolition. The iconostasi is wooden and engraved. It is surrounded by icons of saints painted by the well-known iconographer Solona Frangouli during 1930 until 1934. Indoors it is flat and quite spacious with the adding of the loft. The loft was built later in 1955.

The dedicated icon of the Virgin Mary exists and is very old since 1856. The icon was covered by a silver drawn cover. This was kept until 1987, when the Holly icon was uncovered. This icon was restored and is located in the chapel which was built in 1990 in order to remind the existence of the Great Agros monastery. Along with the old icon, there are also other saved objects such as a piece of the iconostasi, an icon of Christ, many other icons, some old copies of the bible and some other books.

The Virgin Mary Eleousa is celebrated on the 21st of November and the oncome is given to the church. There is a large festival and many believers go in order to worship the Holly icon of the Virgin Mary. 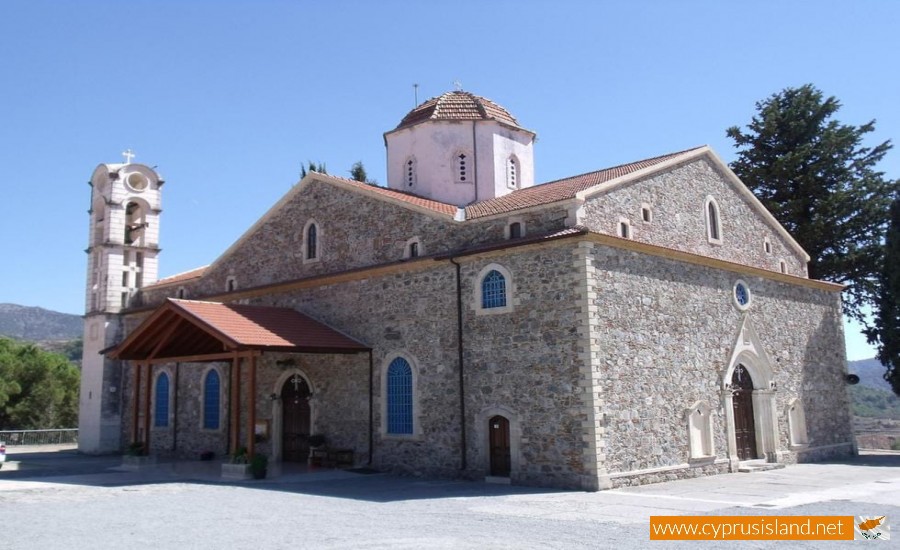 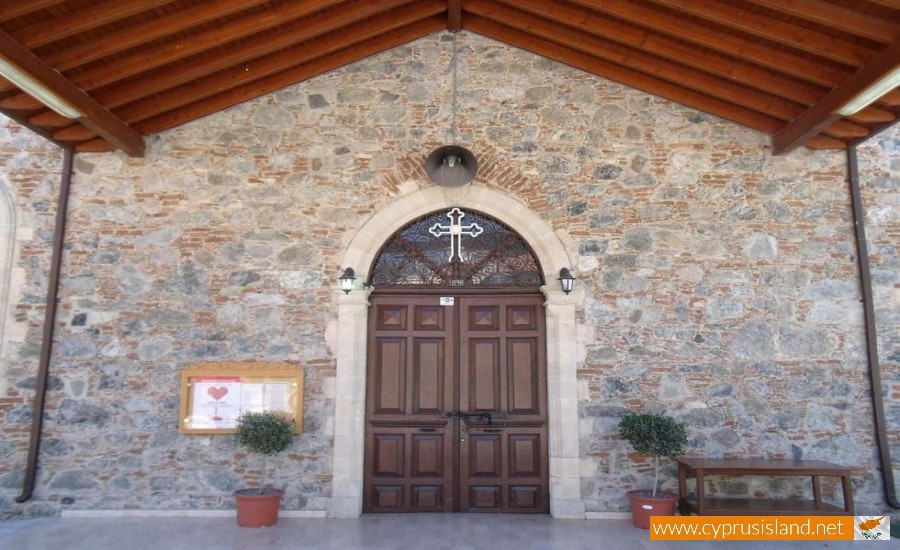