The Holly Cross Church is located in the village of Pedoulas in the Nicosia district.

It is the main church of the community. It is built on a plateau and it dominates the village with high proportions and its two bell towers. It belongs to the category or cross domes. The construction began in 1933 and was completed in 1935.

The wooden iconostasis is dated to the post-Byzantine era and there is a variety of difference icons from various eras and various styles. On a special wooden throne is the Palladium which contains a piece of the holly cross.

The wooden cross is silver plated from the 17th century, with scenes from the crucifixion and the other side is dated to the 19th century with Christ on it. According to tradition the holy cross was transferred from Istanbul, on the 1st of August.

The existing temple replaced the older wooden temple, which possibly had three rooms. The wooden iconostasis was saves from the old temple, as well as the holy utensils and many icons, including the crucifixion and Christ with the apostles that are on display at the Byzantine Museum of Pedoulas. 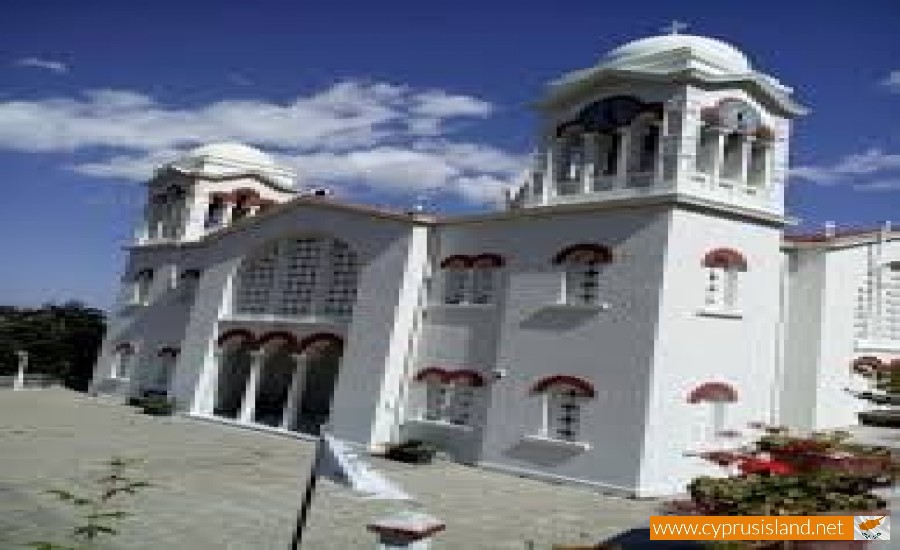 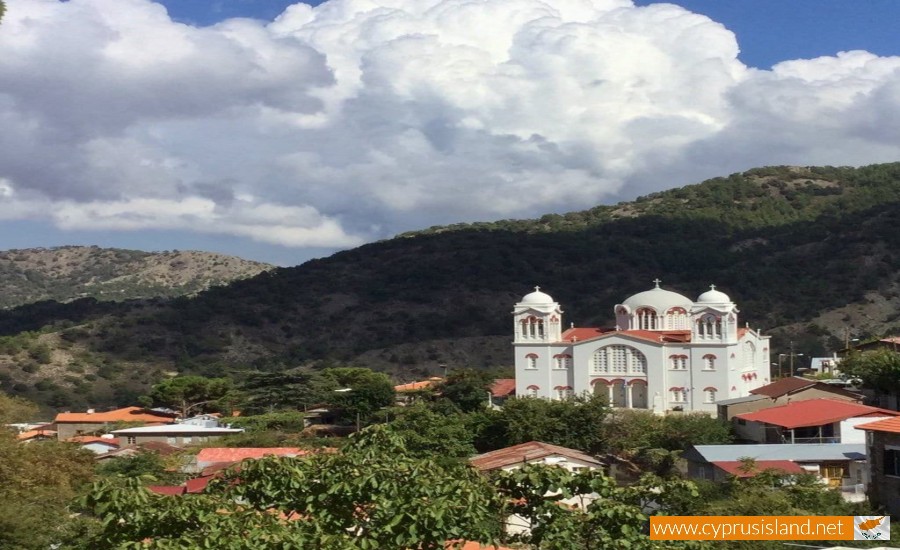 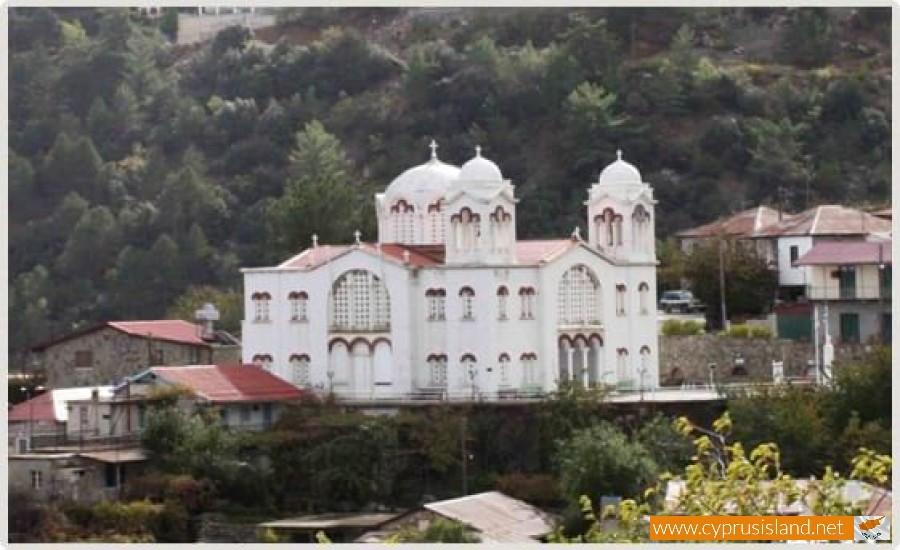