The art of weaving is mainly exercised by women but also by a few men called “Anyfades”. Earlier on each house in the village had its own argyle and was used for the creation of the weave along with wool, cotton, silk and flax.

Fythkiotiko is the most well-known type of Cypriot weaving. The name comes from the village of Fyti which seems to have played an important role in its development. The Fythkiotika are characterized by multicolored geometrical embossed or plumes, as they are called by the weavers which are formed into cotton material of natural color.

The ploumia usually have intense colors such as blue, red, green, orange and yellow. They are made during the embroidery with the use of thick colored threads which are placed by the embroiders between the yarn.

The fitiotiko woven were mainly made in the village of Fiti, which is where they also received their name from, as well as other neighboring village in the Paphos district. They are also used in the Karpasia peninsula, where they are placed on the bottom side of the “vratzi” under garments of the women, a characteristic of the local traditional costume. The designs which were very think were called “pefkota” because they were like a carpet.

Today the fitiotiko is made in a small scale in the Paphos district, mainly in the village of its origin. It is also made by a number of women which have been trained by the Service of Cypriot Crafting. 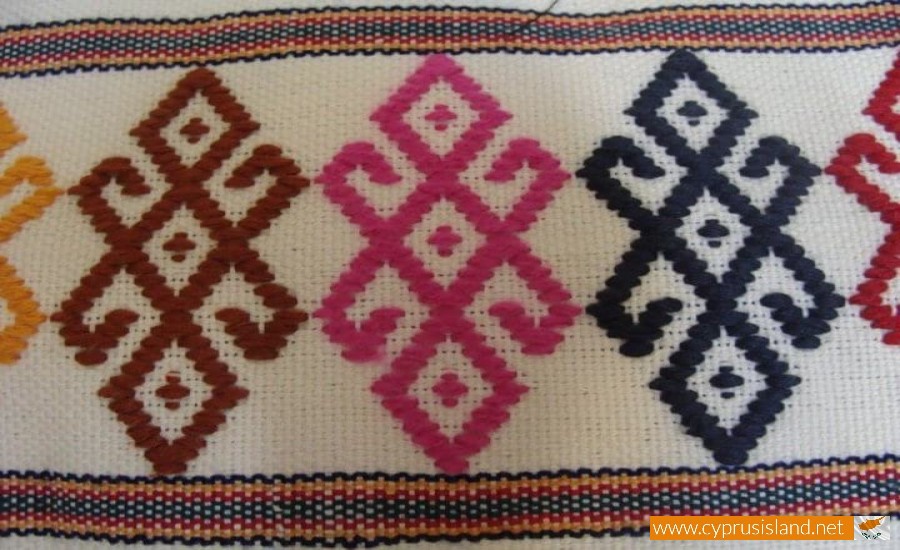 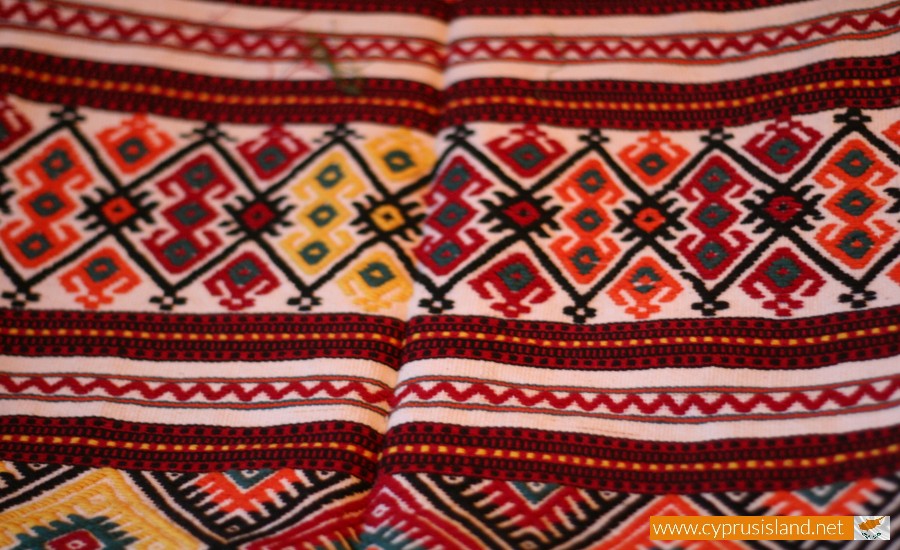 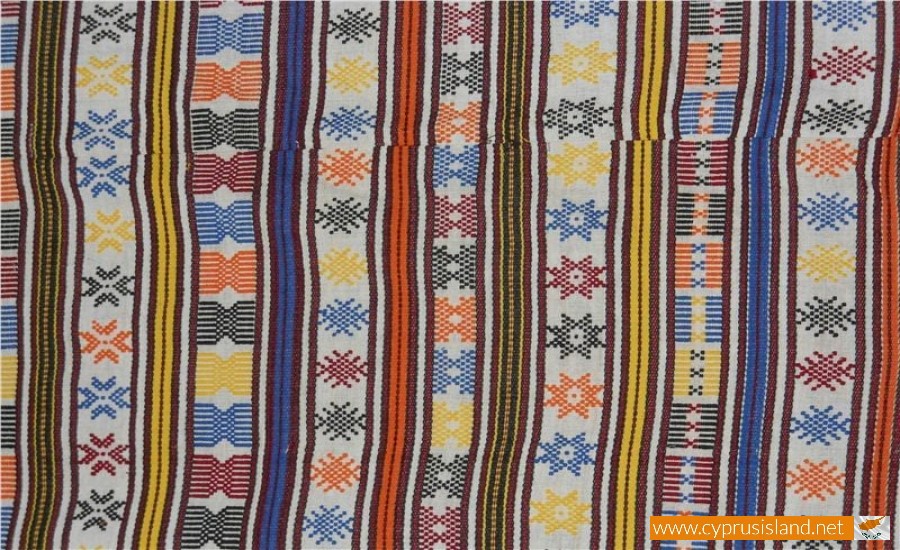