The white star wreck was a former Russian fishing boat which sunk on February 2007, near Yeroskipou beach while she was being transported to Limassol. This boat was originally known as Ivana Ivanova and was part of the Russian commercial fishing fleet in the Black sea.

The name White star was given to the boat after a Cypriot company bought it. During the last journey to Limassol where the boat was supposed to be completely scrapped the boat sank close to Yeroskipou beach. Therefore, divers gain a new diving attraction, the White star wreck diving site. Lying on a rocky bottom, the White star wreck can be found at 14 to 18 meters underwater. Divers can find black tail combers, sea breams, groupers as well as various other kinds of marine life.

This diving site has visibility between 10 to 30 meters and the waters temperature is between 16° and 27° C. Open water (OW) qualification required. 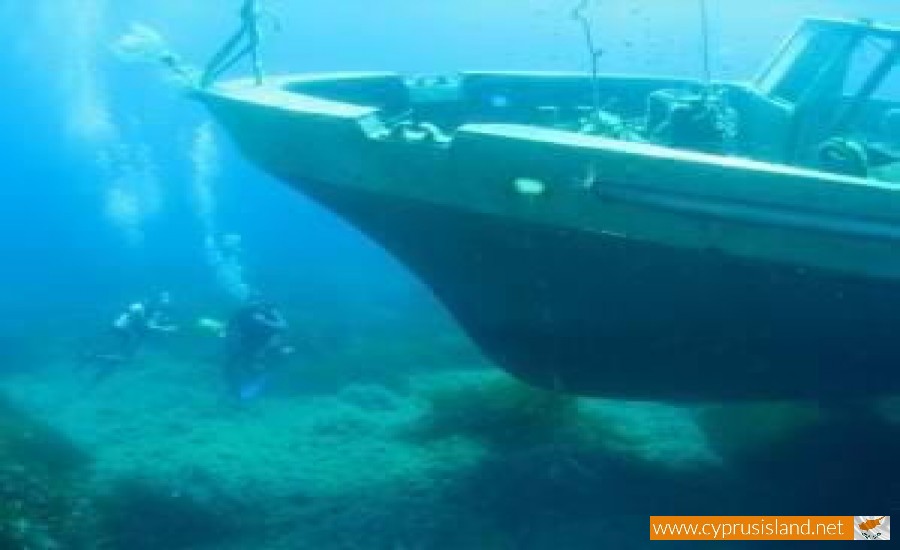