The Holly monastery of Trooditissis or just Trooditissa is a men’s Orthodox monastery in Cyprus which belongs to the Orthodox Church of Cyprus.

The Monastery of Trooditissa has an excellent position in Cyprus monasteries not only for its remarkable natural beauty, but also for its antiquity, its art richness with which it has developed in many occasions.

It is located in the community of Pano Platres of the Limassol district. It is built higher than all the other monasteries in the island, at an altitude of 1370 meters, at the tallest mountain peaks of Troodos, that is why it is named Trooditissa.

The monastery was founded during antiquity, originally as a cave in which the miracle icon of the Virgin Mary Trooditissis was found by later on by a shepherd. With the donations from various wealthy people the monastery we know today was built.

During the period of the icon fights, many monks fled the country and went to other countries where the emperor could not rule them. Tradition says that the monk who had the icon of Trooditissis with him fled to the monastery of Agiou Nikolaou in Limassol, during 762. The monk stayed at this monastery for about 25 years until 787. During that year the first icon fight stopped and so the monk decided to move back to the mountains to complete his lonely life. In order to complete this the Virgin Mary assisted him and presented herself to him in a vision, showing him where to the take the icon. The place that he would take it would be marked with a line of fire.

The monk left the monks at the monastery of Agiou Nikoalou and holding the icon he left towards the mysterious light that would guide him. After passing through fields, he went to the higher mountain areas and without difficulty he reached the line of fire which was near the cave of Trooditissis mentioned before. The monk lived in the cave through snow and storms dedicated to prayer and studying the Holly Letters. Many people who went passed the cave would stop to pray and pay their respects.

Later on the monk died and he was buried outside the cave, without being able to fulfil his wish to build a monastery in order to place the icon of the Virgin Mary in. The years passed and the icon was left alone in the cave.

During 990 a Shepard named Afamis was passing by the cave and he saw a light every nigh coming from the rocks in Troodos. He was sure that is wasn’t a normal light. He mentioned the mysterious light to other villagers and with the blessing of the religious priests he led a team to the area. When they arrived at the cave they saw that nobody lived there and there was no mark of any human being there. A candle was hanging from the rock and it was lit in front of the icon of the Virgin Mary. It was then decided that that would be the location that they would build the monastery.

Builders from the nearby villages were hired, and the foundations of the new monastery began even though they encountered many difficulties due to the morphology of the rocky area which made it difficult and expensive. The necessary water for the creation of clay was transferred in jugs from the nearby river east of the cave. However an invisible force stopped the construction as the jugs kept slipping off he workers’ shoulders and smashed on to the rocks below. No progress was made as the constructions which were done in the morning were destroyed by the night time.

One morning a jug of water was discovered to the west of the cave. It was obvious that an angel was sent to place that jus there and to show that there was a specific location where the monastery had to be built. The workers dug and found the source of water. That is where they would build the monastery so they began the construction. The project was not stopped and the walls did not collapse. As soon as the temple was built, the icon of the Virgin Mary Trooditissis was placed in it with a marvellous ceremony.

The temple was burnt by the Turks in 1585 and was rebuilt in 1585 by the priest Parthenio. It was burnt again in 1842 by a fire from a forgotten candle and was then rebuilt by the priest Meletio. The last temple is also the one which exists today.

It is worth mentioning that during the end of the 19th century about 1888, the High priest of Stavrovouni, Geron Dionysios who came from the Agio Oros also stayed at this monastery.

During the year 1939, the High priest of the monastery Iacovos died. Then the Metropolite of Paphos changed the operational system of the monastery and called the monks of the Stavrovouni and High Monk Damaskino to a meeting.

The last high monks of the last years according to the recent history of the monastery are the following:

Today the monastery belongs to the Metropolis of Paphos. The monastery continues to have the operational system it has and the monks continue to live their silent and peaceful life under the guidance of their elder. A member of this brotherhood is also the Episcope of Karpasia, Mr.Chrisforos who is also one of the two assistants of the Archbishop of Cyprus. Today the brotherhood has only 10 monks and the elder of the brotherhood is the Archimandrite Athanasios 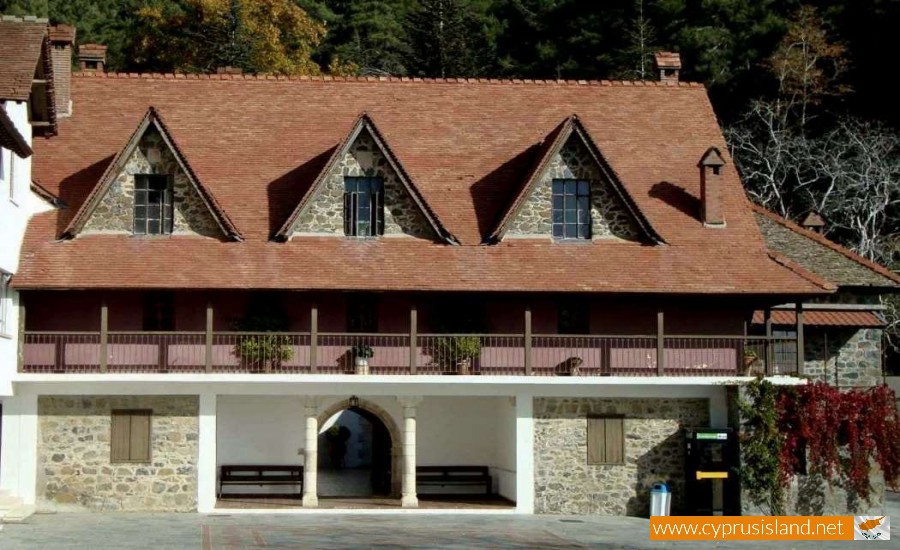 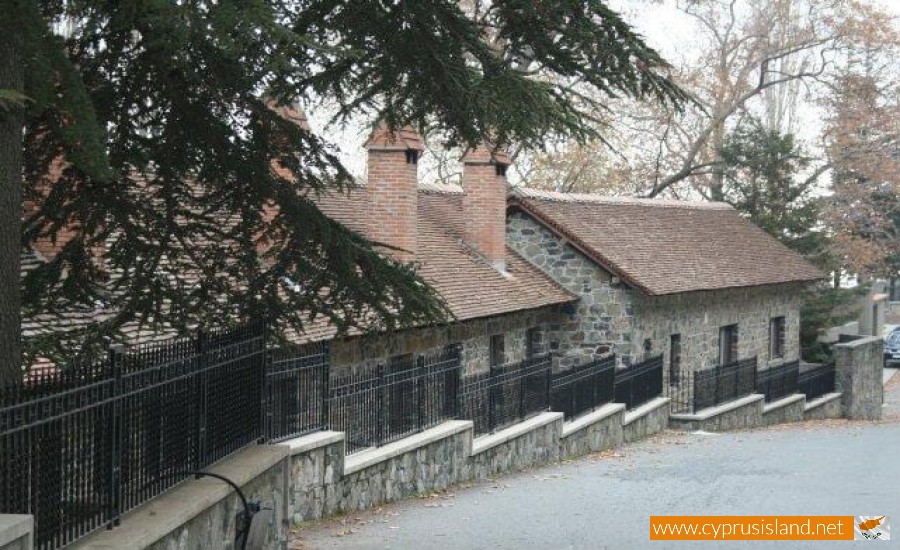 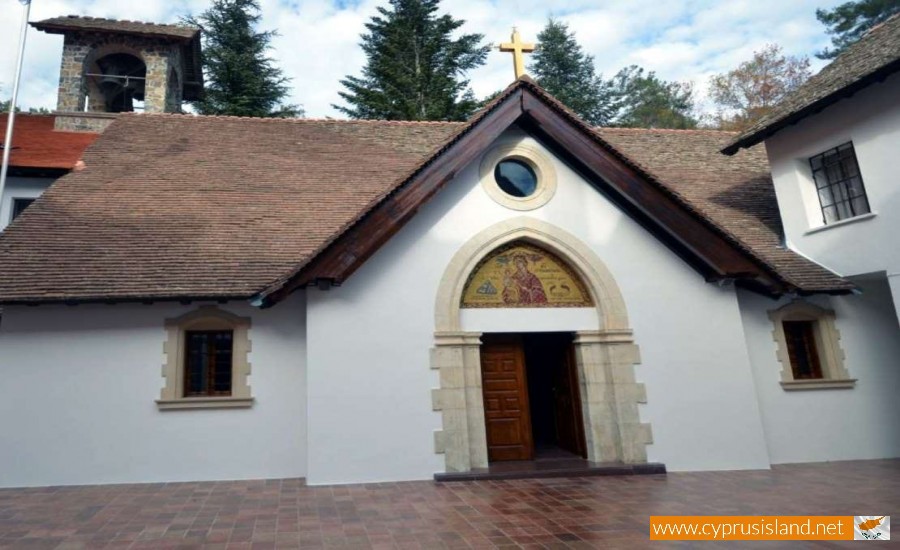