The Serrachis River is the third largest river in Cyprus, with a length of 55 kilometres. The river begins from the north side of Troodos, and pours into the Morphou Bay in the Nicosia district.

In its course, it connects with other smaller rivers, with the main ones being Merika River, Akaki River (37 kilometres). Peristerona River (35 kilometres) and a little before it pours into the sea with Ovgo River (32 kilometres). In the Katokopia village Serrachis is called Vounaroulias due to the vast amount of rocks in its riverbed.

There are four dams that have been constructed in order to collect the water from Serrachis River. The main dam is the Kalo Chorio Klirou Dam, which is the third largest in Cyprus. This dam has the capacity of 2 million cubic metres of water and has a height of 9 metres. There are three other dams of smaller capacity which were made in 1973 and one recent one which was built in 2007.

According to Christian tradition, the remains of the saints Varnava and Ilariona were found in the river bank of Serrachis River. It is said that the two saints had presented themselves to Leontios a citizen from Solous, and had shown him the place where their remains were. 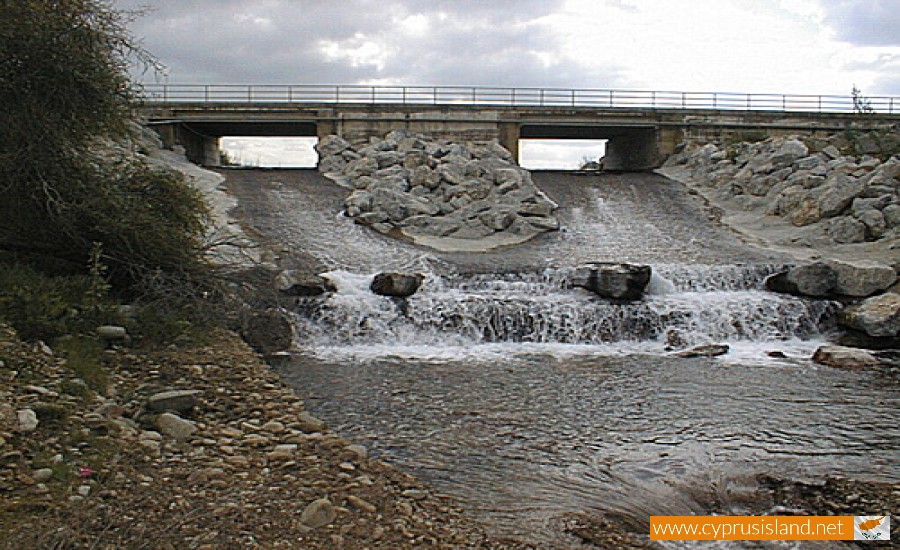 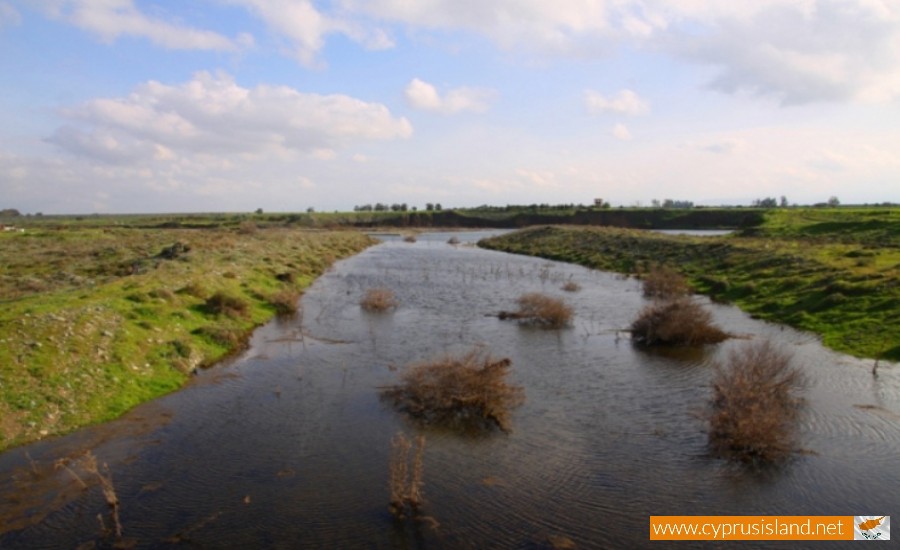