The Gefiri tou Roudia Bridge (Roudia Venetian Bridge) is located at a smaller river off the Xeros River, in an overgrown area in the Paphos Forest.The location is very isolated inside the forest, but relatively easy by car thorough the dirt road towards the Pera Vasa picnic site, towards the village Panagia.

There is a nature trail towards Vretsia (3 kilometres length and towards the south is the iconic monastery of Panayia tou Sinti. There is a nature trail that connects the three Venetian bridges of the Paphos forest (Tzelefos Bridge , Roudia , Elia Bridge) with a length of 11 kilometres. It is said that the three bridges were part of a road that was used by caravans of camels during the medieval period. The camels were used for the transportation of ores found in the mines, and were taken to the Paphos port where they were then exported abroad.

During the 50’s the bridge had nearly been destroyed by a powerful earthquake. Through the course of the British rule there was a possibility of demolishing it, in order to open up the farm road.

Finally the attempts had been abandoned, resulting in the restoration of the bridge during the 70’s.

The arch of the bridge has an opening of about 10 metres and a height of 60 metres. A nature trail begins from the bridge and ends at the Vretsia Village.

The vegetation in the area is rich in plain trees, pine trees and alder trees. 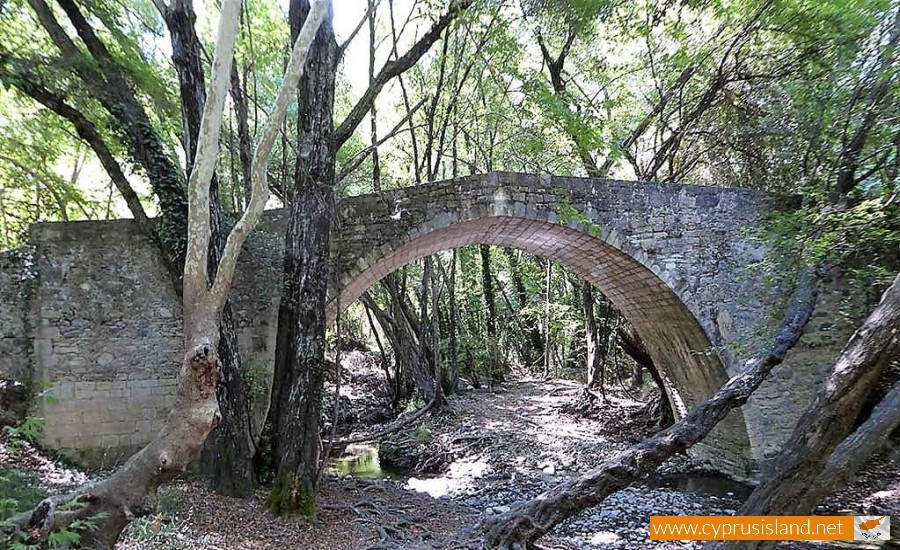 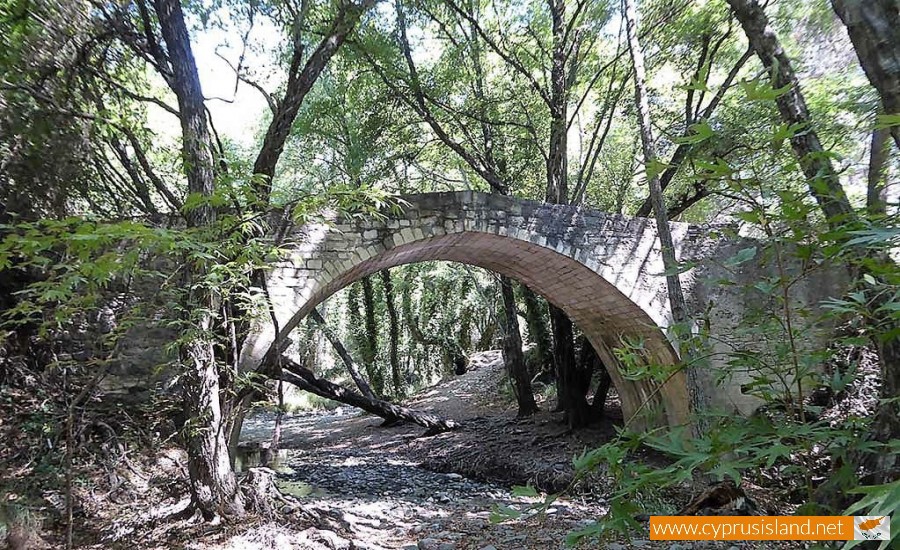 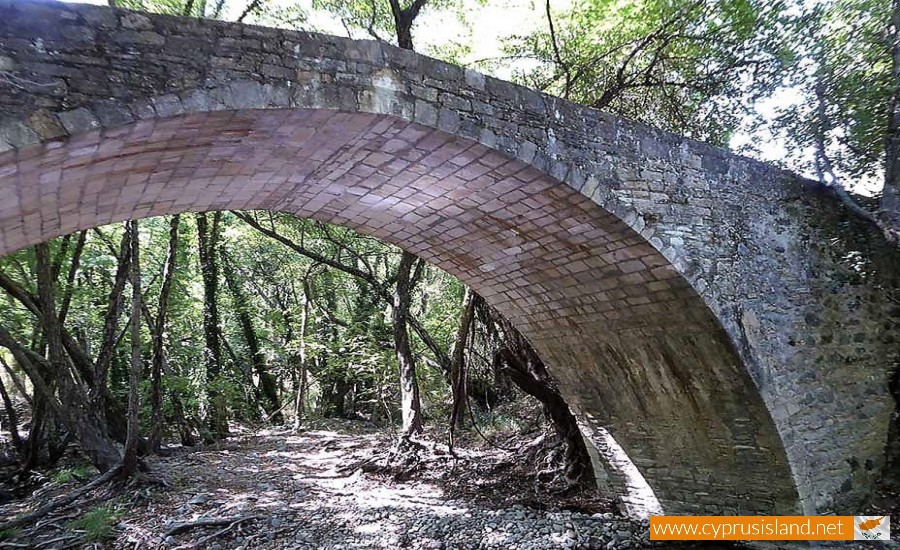