Tzelefos Bridge (Gefiri tou Tzelefou – Greek: γεφύρι του Τζιελεφού) is a Venetian bridge and is located at an altitude of about 440 meters within the deep forest of Paphos.

The bridge is situated 6 kilometres from the village of Agios Nikolaos and can be accessed by driving to it from either Paphos, Troodos, or Limassol. All three driving routes offer magnificent picturesque views which everyone will enjoy.

The Gefiri tou Tzelefou is the largest and biggest medieval stone bridge ever built in Cyprus and it was built over the river of Diarizos. In ancient times, the bridge was called “Vokaria” – Greek “Βόκαρος”. The current name of the bridge “Tzelefos” – Greek: κέλεφος, means weak or sick and comes from the word “shell” – Greek “κέλυφος” which is connected to a person or an incident during the construction of the bridge.

The ends of the arch are built of river stones and they are in an excellent condition as well as the peak of the bridge which is the most sensitive point. On the south side of the bridge a small cross on a stone can be found but it is barely visible. On both entrances of the bridge there is a waiting point which demonstrates that there was intense activity during the middle Ages, since it is also said that it was the main point where Paphos was connected to other districts.

The most important characteristic of the Gefiri tou Tzelefou Bridge is the great height above the river and the small width of the pavement where the rushing waters of the Varvaros River (Barbarian) could not block the bridge by uprooted trees and branches and destroy it. When the Varvaros River would gush by it made a loud noise which was heard in the surrounding villages. The villagers would hand baskets on the top of the river is order to collect the eels that were dragged by the water.

The Gefiri tou Tzelefou is considered as one of the most magical places to see across the whole island as it was built in an area with rich vegetation within the deep forest. The Dam of Arminou is also another site that is located right next to the end of the river. 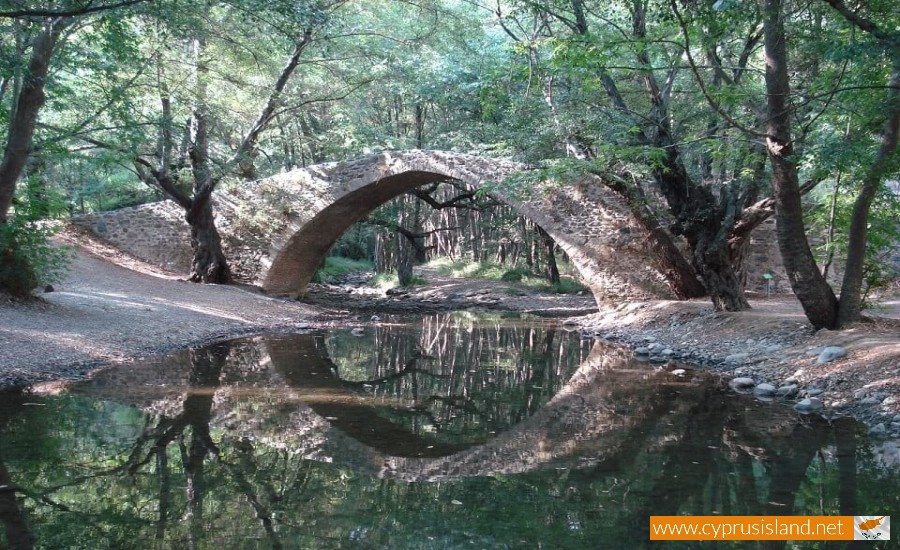 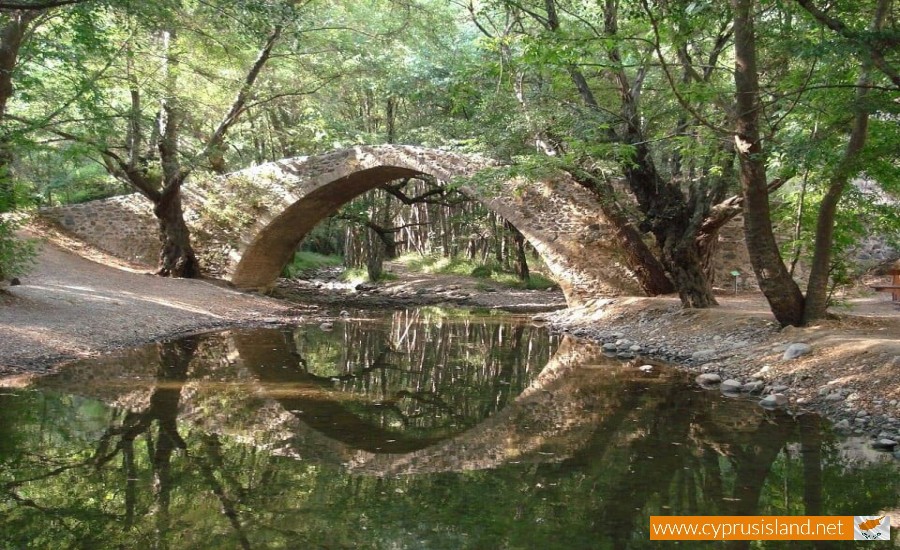 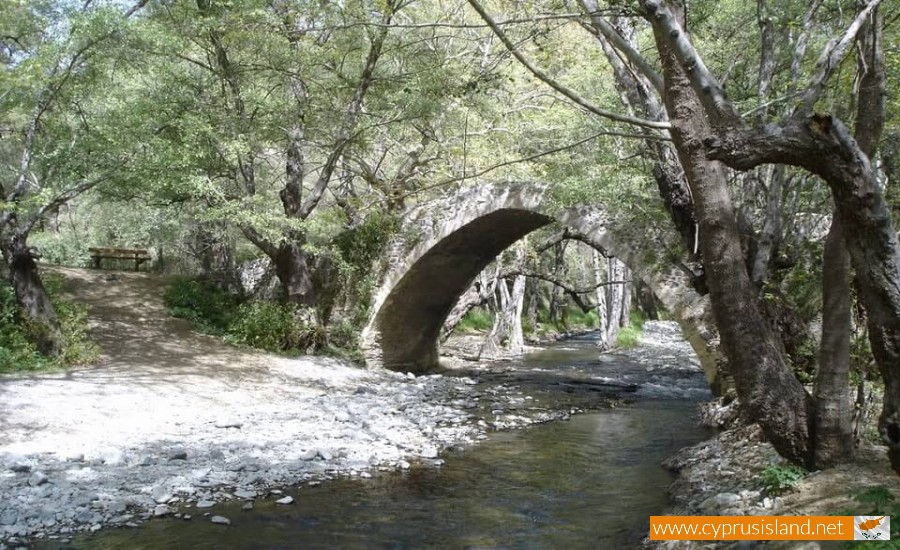 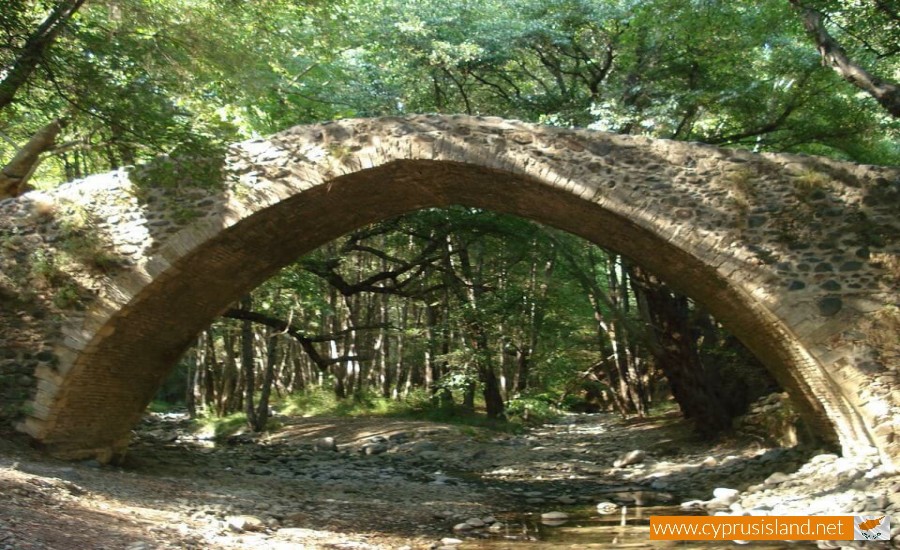 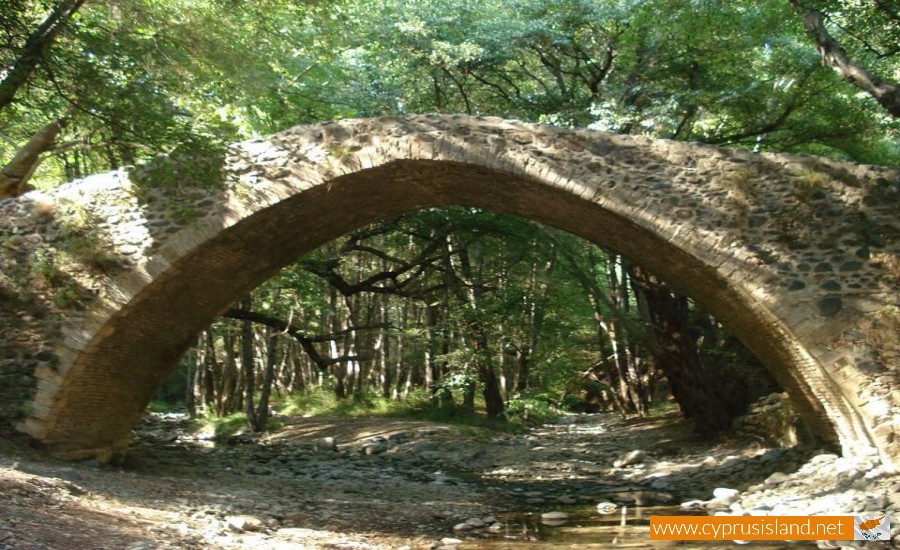 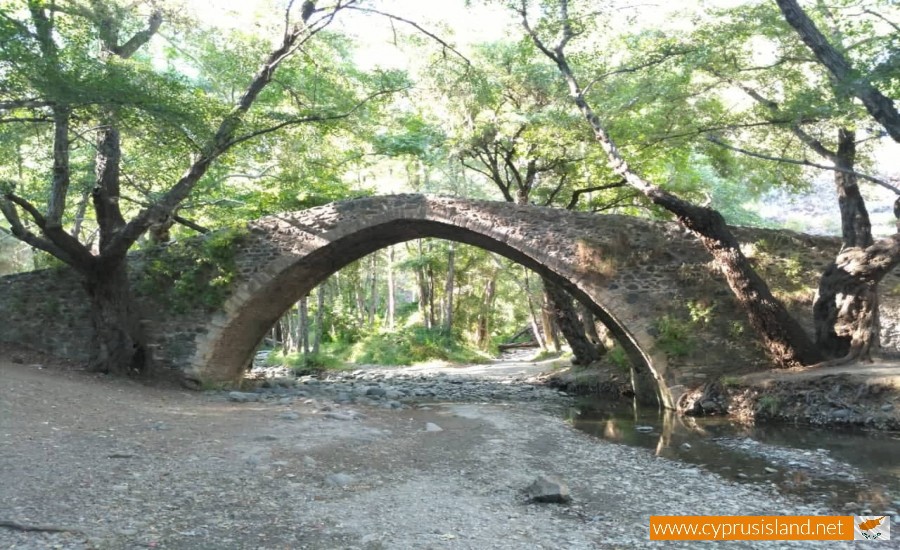 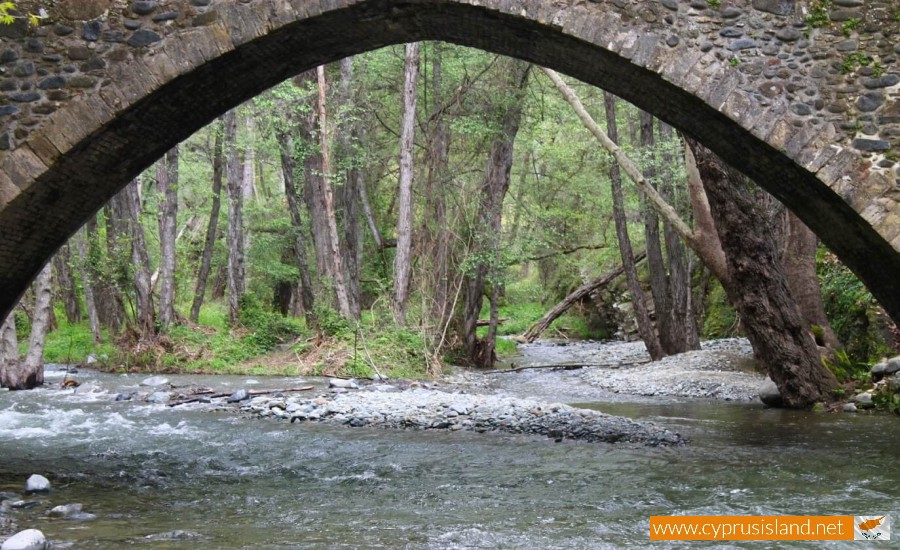 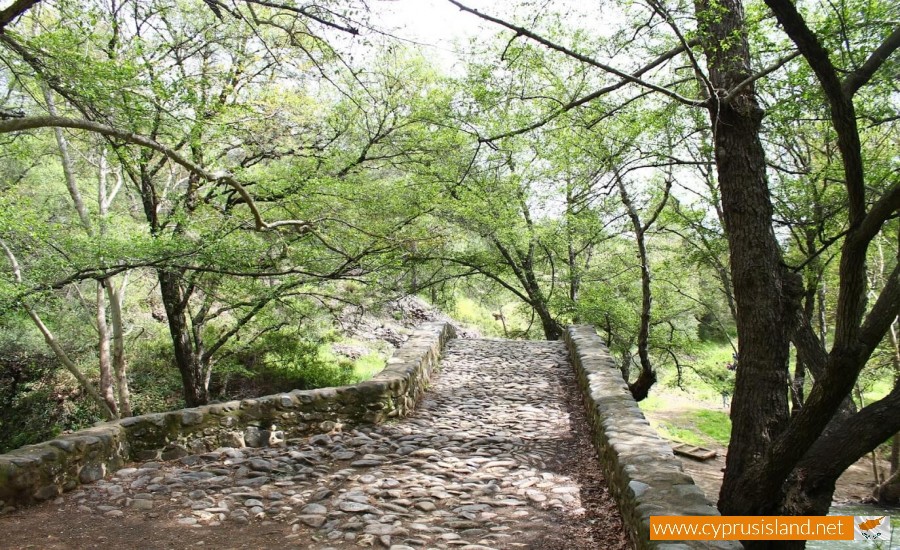 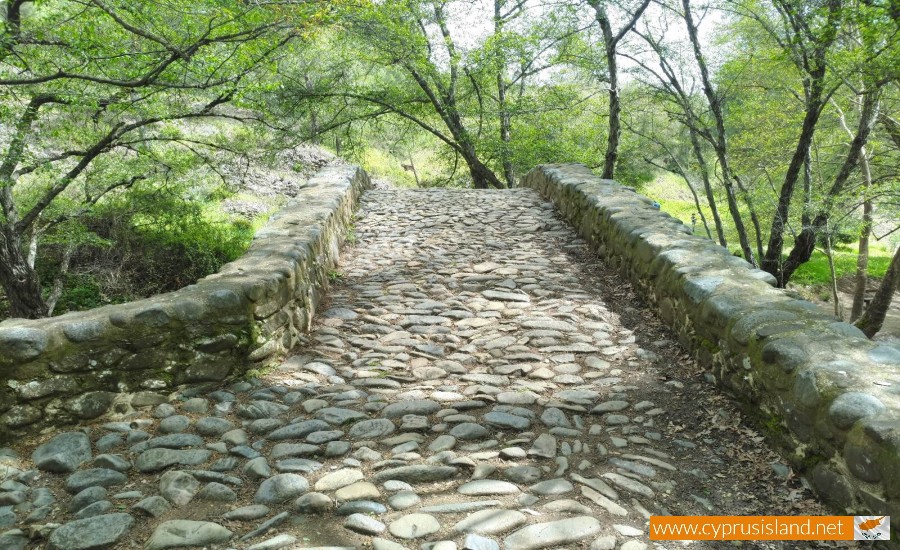 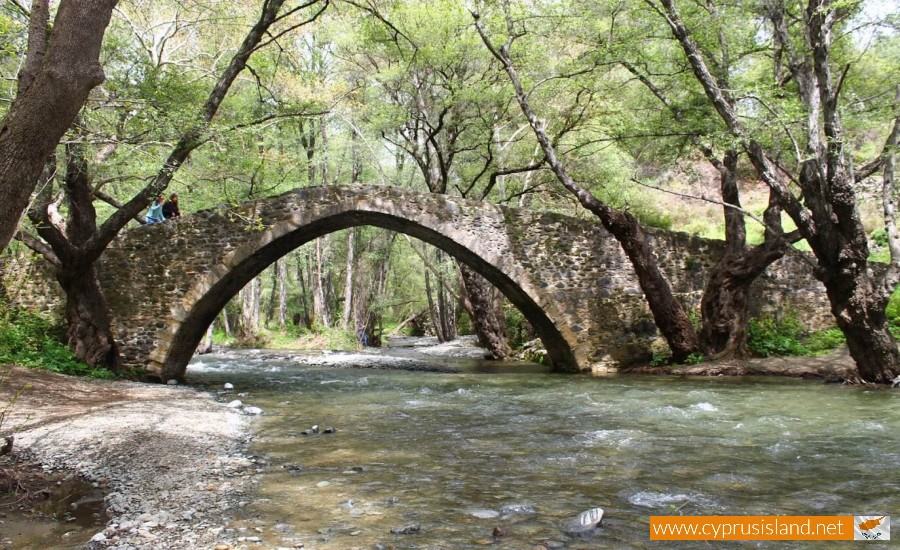 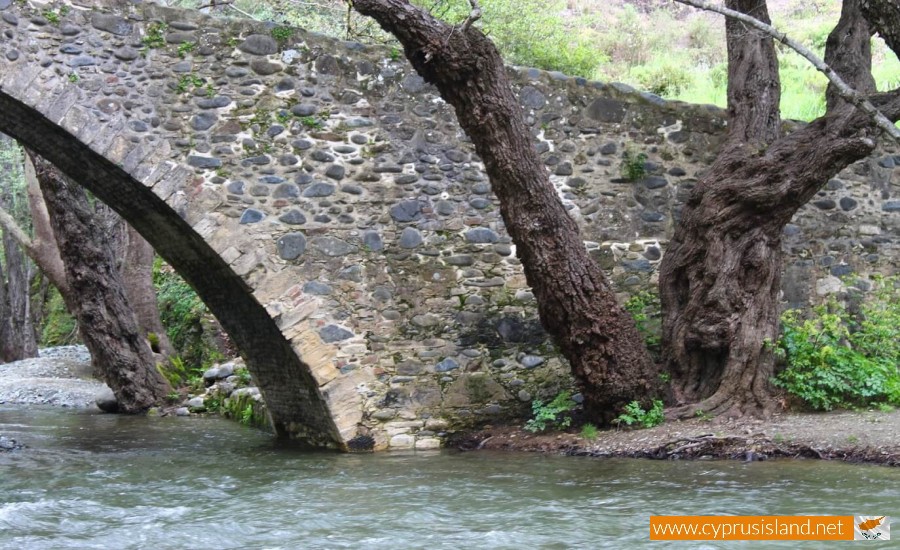 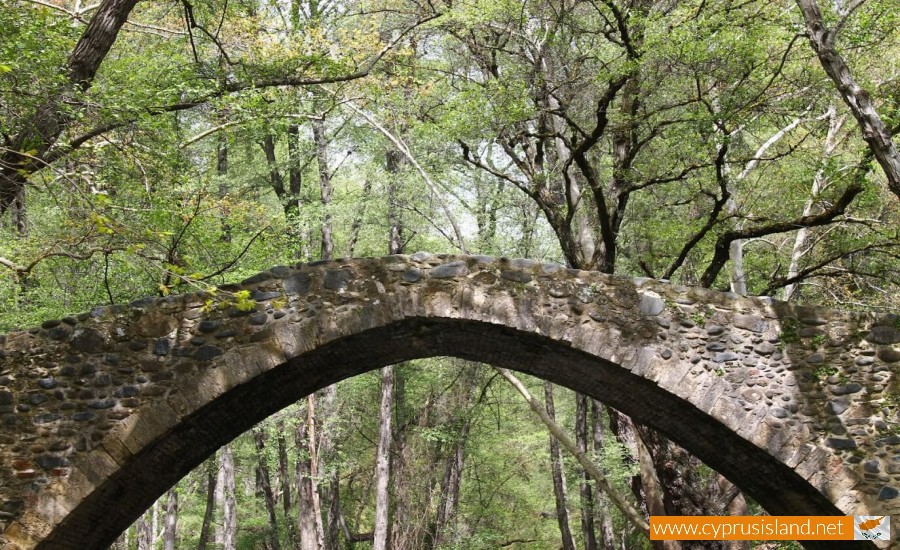