The Leventis Municipal Museum of Nicosia

The Leventis Municipal Museum of Nicosia is housed in a complex of three traditional buildings on Ippokratous street, within the old town not far from Freedom square in Nicosia. It is a historical museum of Nicosia, in which the history of the town is unfolded from prehistoric years until today.

The museum was founded in 1984, by the municipality of Nicosia and the G. Leventis Foundation with the initiative of mayor Lellos Dimitriades. It opened its doors to the public for the first time in 1989 and two years later in 1991 it was awarded as the “European Museum of the Year”. In 2006 it received the “House of Educational Programmes” and in 2010 after it was completely renovated it doubled its areas with the addition of the “Konstantinos Leventis”wing.

The items that are presented in the permanent exhibition areas offer the visitor a trip through the history of Nicosia, starting from the formation of the island with its emergence from the sea 1,800,000 years ago, the creation of the first settlements around 3900 B.C, until the most recent years to modern Nicosia, the last divided capital in Europe.

The permanent exhibition at the museum records the history and the development of Nicosia and Cyprus in general through everyday items and its structured as follows :  room for the geological formation of the area and ancient Nicosia which mainly presents fossils( 5- 1,8 million years) and ancient findings (3900 B.C-325 A.D) in the area of Nicosia , the rooms for Byzantine and Medieval period (325-1489) that include a unique collection of glazed vessels 13th-16th century, the rooms of the Venetian period (1489-1571) in which a valuable collection of maps is on display , the Ottoman period room (1571-1878) with old books of foreign travellers , an excellent collection of jewellery , embroidery and other rare items , and finally the room of British governance (1878-1960) in which the social development of the town and the administrative changes until the independence are presented. There is also a short reference to the more recent years from 1960, until today.

The museum has three periodic exhibitions. The exhibitions that are accommodated in the museum are the ones that the museum itself organises or ones that are organised by other museums and foundations in Cyprus as well as abroad, in relevant subjects.

The museum also organises educational programs, tours and other events.
The museum has a shop which sells publications, copies of the exhibits and other souvenir items. The money is used in order to enrich the museum’s collection.

Guidance maps in Greek, English, German, French and Italian and provided for free. All the information that accompany the museum exhibitions are presented in English and Greek. 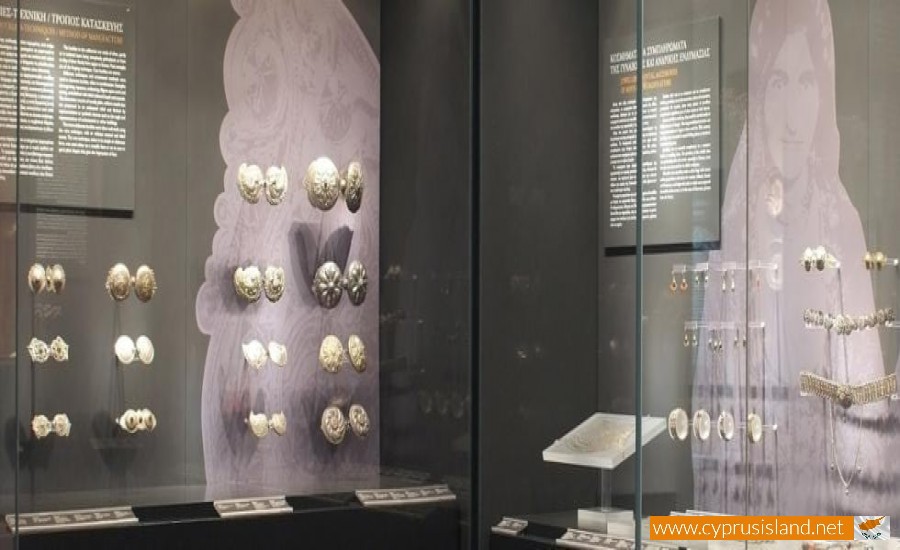 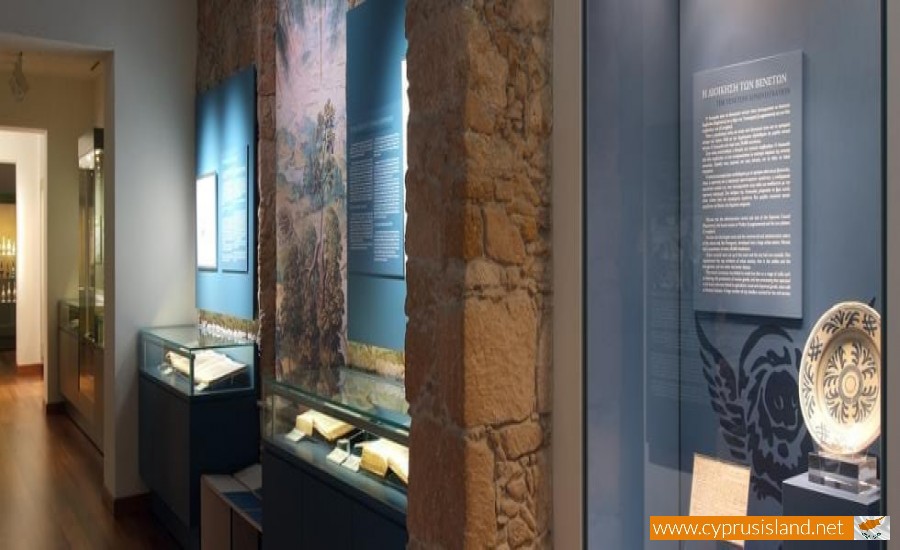 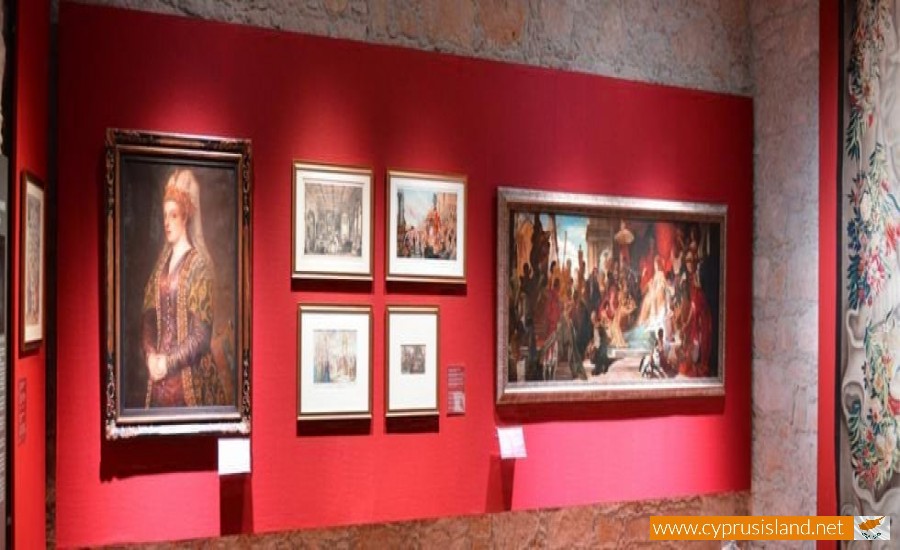 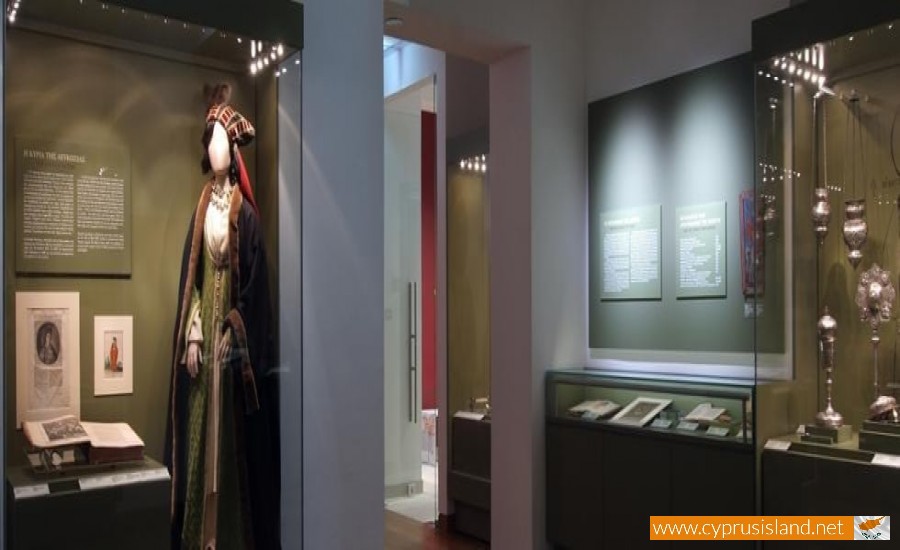 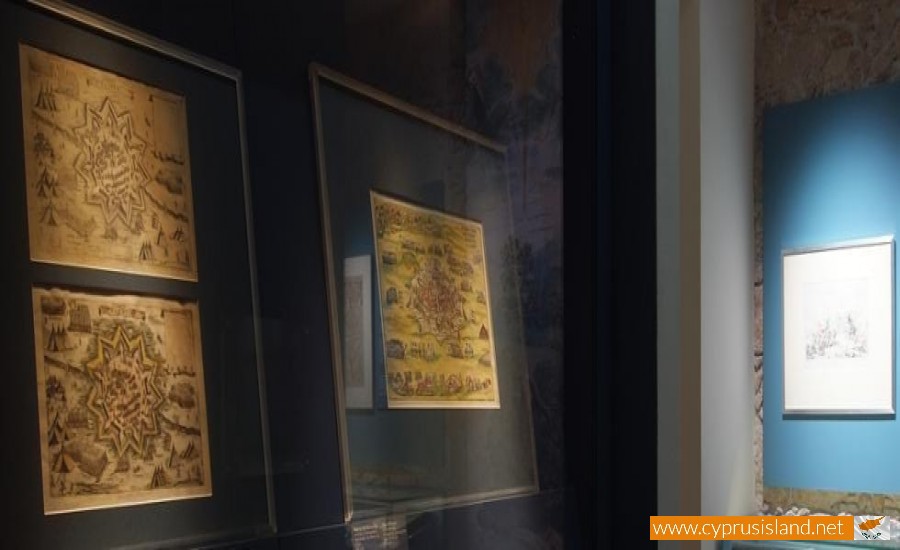