As we all know, many conquerors have passed through Cyprus over the years. These conquerors include the Romans who ran Cyprus from 30 B.C until the 4th century A.D. Kritou Terra was also affected by the Roman Empire which left visible traces on our community, mainly in the area of Agia Irene and Agiou Evseviou.

Stories from our ancestors talked about the existence of the settlement, the church of Agia Irene, and the ancient carved tombs in the area, the underground aqueduct which was connected with the water source of Agios Evsevios and generally about the obvious existence of ancient tombs in the area. All these areas have been maintained until today with the exception of the church which is only determined by the remains.

This unknown side of the community came to light by the recent uncover of a statue of a small child in the area of Agios Evsevios or Agios Evresios. This statue was given to the Department of Antiquities and it was diagnosed as being from the Roman era, revealing the unknown history of the area. At this point there are traces carved in the rock which prove the existence of a Roman campsite next to the source.

To the East of the camp, at a distance of about 100 metres, there was an observatory which has been maintained until today (called tsouroullos), from which the surrounding area until the Polis Chrysochous Bay can be seen. It is possible that two other smaller observatories existed to the northeast and northwest of the camp.

To the north side there are three large rocks placed on each other which show that they were placed by man and not nature, while the river shows signs from processed rock which again prove that they were placed by man. It is possible that there was a nature trail from the river, which lead to the observatory as this pathway is closer and easily accessible. This pathway may have also acted as an exit point in the case of enemy attacks.

The existence of these settlements continued until the 19thh century A.D and were abandoned after natural disasters, forcing the residents to move more south where the community is located today. It must be mentioned that the last resident in the area stayed there until 1967. 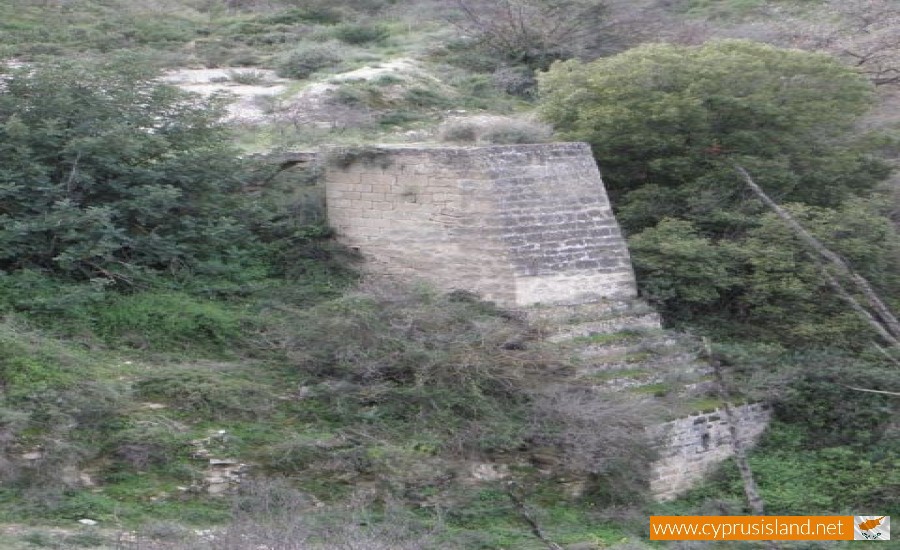 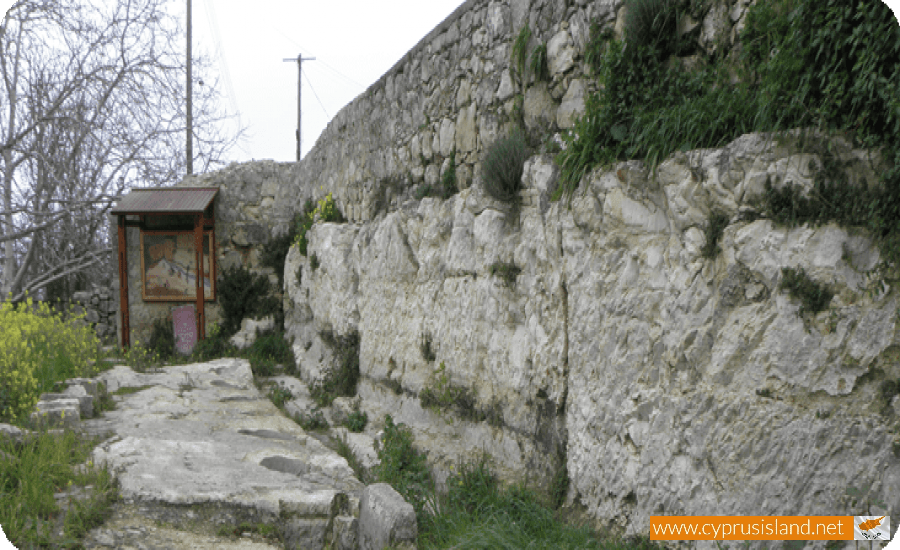