The sea caves can be found at the seafront of Paphos, in the Peyia village. The area where the sea caves are located can be described as a unique place of excellent beauty, geological and biological interest.

The area is called kantarkastoi and is characterised by the existence of coastal formations, caves, stone lodges and engulfment. These formations are priceless as it takes thousands of years in order for them to be created. In particular, the corrosive action of the sea has managed to penetrate between the rocks with the passing of time and has eaten the rocks creating this great mosaic.

Along the length of the bay, some tall rocky seashores have been created which even reach 20 metres height at some points, small and large caves which suck the sea water as well as small scattered islets. The feeling the visitor in the area gets is awe, towards the magnificent power of the sea. The role of nature as an artist/sculptor has created wonderful sculptures on the rocks. For those interested in photography, there is great material to print.

Earlier on at the caves, when there was no human presence or interference, the seals (monachus monachus ) found refuge there , although they have now abandoned the area. For this reason one of the caves is possibly known as “Spilios tis Fokenas” which means Seal cave.

The location which was recently only known to the residents of the surrounding area, has met a development in construction over the last 10 years. North of the caves some big holiday houses have been built. The access to the cave can be done either by the beach, from Coral bay, by either going straight and following the road towards Saint George in Peyia, or from the Paphos-Saint George road  with a diversion before the port. A visitor can follow the path and wall along the coastline.

Lastly, the entrance to the caves can only be done by sea, either swimming or by boat. 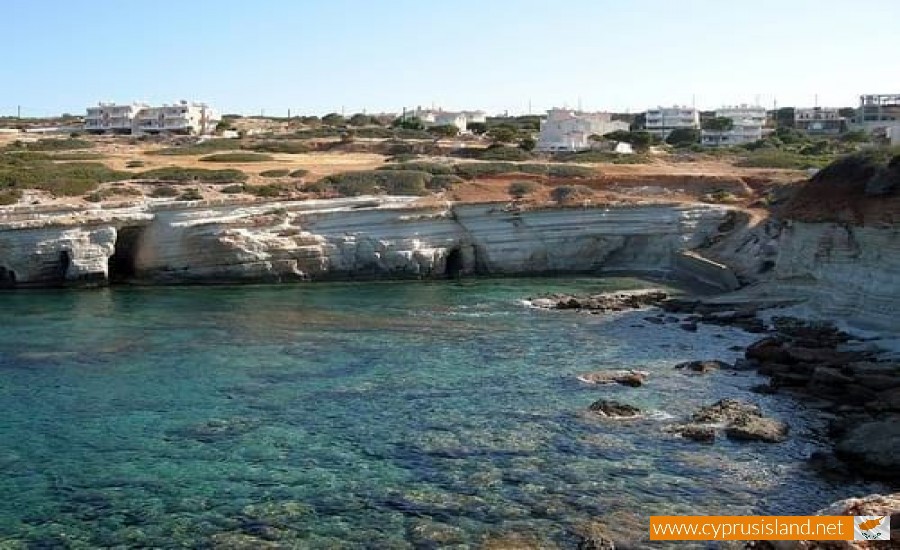 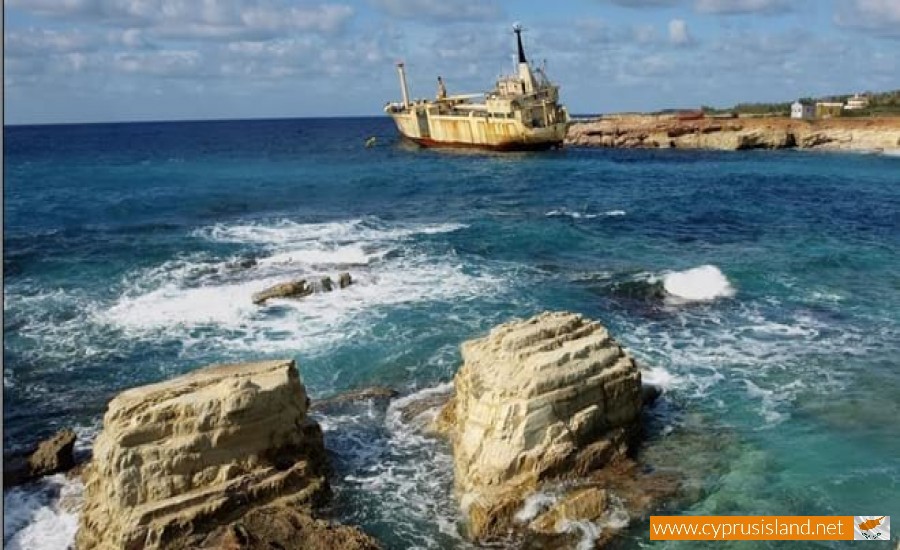 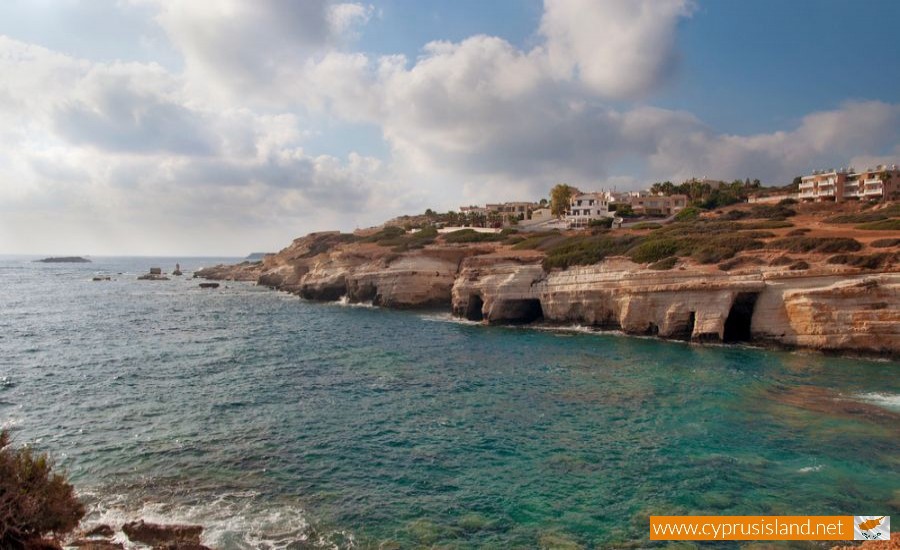