The Agios Antonios Church is located in the village of Kedares in the Paphos district.

The original church was built in Kato Chorio, next to a river. With time, it had worn out and the continuous floods that ravaged the village, contributed to the destruction of the foundations. The only thing that has remained in the same position, is the green perennial terebinth tree that is watered from the holy water.

A few years later, a monk that lived in a feud near Kidasi, had made a vow to build a church. It wasn’t logical to build it in Kidasi as it was a Turkish village, so that is why he built it near Kato Chorio in order to dedicate it to Agios Mamas. Until he found a nice and great icon of Agiou Mama to place in the church, the residents placed the icon of Agios Antonios that they had saved from the older church. This icon never left from its place, and the church was dedicated to Agios Antoniou that exists today. It was built in 1600 and is under the protection of the Church Museum of Paphos. It is made up of one arch with a pitched tiled roof made of stone slabs.

There were another two churched in the village that have been destroyed. One of the churches was Agios Dimitrios near the Alonia area, and the other was Agia Anastasia next to the church of Timios Prodromos. 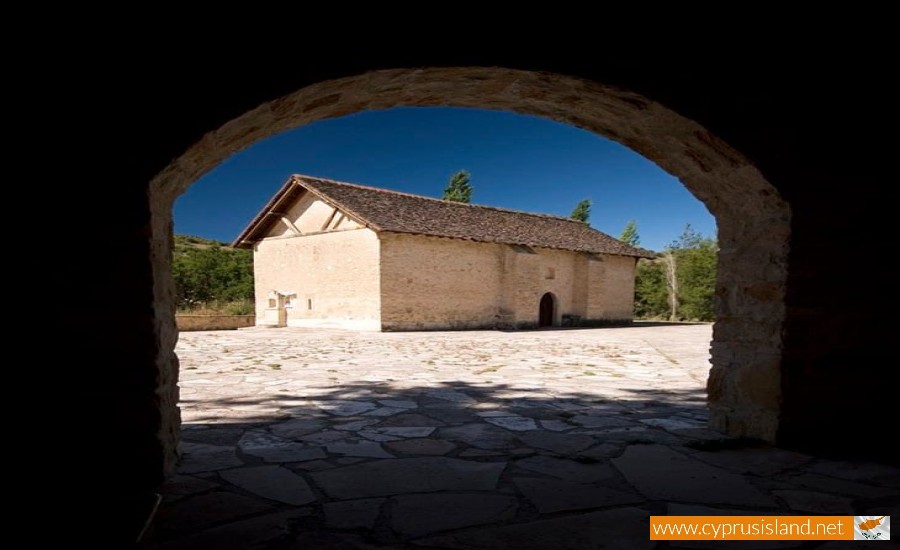