In the village of Vyzakia, in the Nicosia district there is a very old church which is dedicated to Archangel Michael.

Previously it was the only church of the community. It was built in the 16th century near an olive grove. The church was previously part of the Panagia of Araka and monks lived there. Today it belongs to the Holly Metropolis of Morphou which rents it to the community of Vyzakia.

The church was renovated by the department of antiquities. There were restoration done on the roof, the exterior, the doors and the yard. This small church has a spint in the left and semi-circular arch to the east. It has also got a wooden roof. Inside it are iconographies of the 16th century of the south and west part of it.

The main iconographies which are the project of a traditional artist are the following. To the south the Evangelism of the Virgin Mary , the resurrection of Lazaros  , the birth of Christ , the entrance and the baptism of Christ. To the bottom part are the apostles Petros and Pavlos , Saint George on a horse  , Agios Mamas on a lion and Saint Dimitrios. To the top part is the Crucifixion, while to the south are the washbasin, the secret dinner, the betrayal and the death. To the south of the west door are saints Konstantinos and Eleni.

The tall eucalyptus tree which stands in front of the church creates a magical image, which attracts the attention of every traveller. Tradition says that during the time of the churches’ construction there was an illness of the plague. During the transportation of the icon of Archangelos Michael, the donkey holding it stopped and would not move further. This was considered to be of God’s will and that is where the church was built.

- Archangelos Michael was an angel of the Old Testament. He was a protector of the Church of Christ. He is usually shown as a Roman soldier holding a spear or a sword hitting a dragon.

- This chapel operates twice a year: On the 6th of September when the miracle which Archangel Michael did is celebrated and on the 8th of November which is the celebration of the Asomatoi. 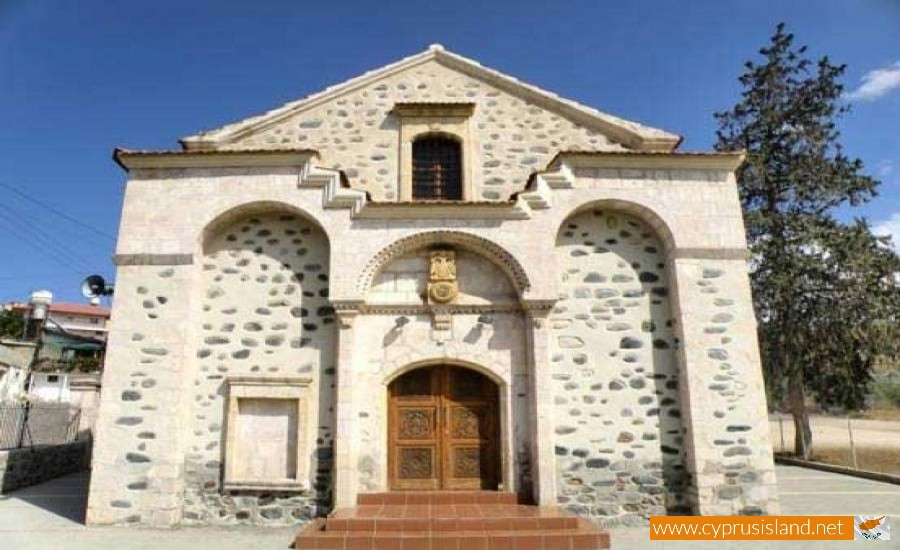