Kouris Dam is the largest man-made dam in Cyprus .The dam has an area of 3.6 square kilometres and is located 15 kilometres from Limassol near the village Ypsonas.

Apart from the waters of the Kouris River  it is also enriched by the waters of Diarizos River  through the pipe as well as Limnati, Kriou and the Arminou Dam. The village Alassa sunk in the waters of the dam but the residents were located at a new location right beside the dam.

The dam overflew for the first time in 2004, which was 15 years after its operation and later on in 2012 after the great water drought in 2008 where nearly all the dams in Cyprus had dried up.

The water of the dam are used for the irrigation of the Limassol district, the water supply of Limassol , while in periods of droughts it is transferred via pipes to other towns of Cyprus.

During overflows there are celebrations with fireworks. The dam is embellished with fish, such as carp, roach and bass.

In November 2008, visitors had reported that they had seen a crocodile in the lake waters however this could not be verified. 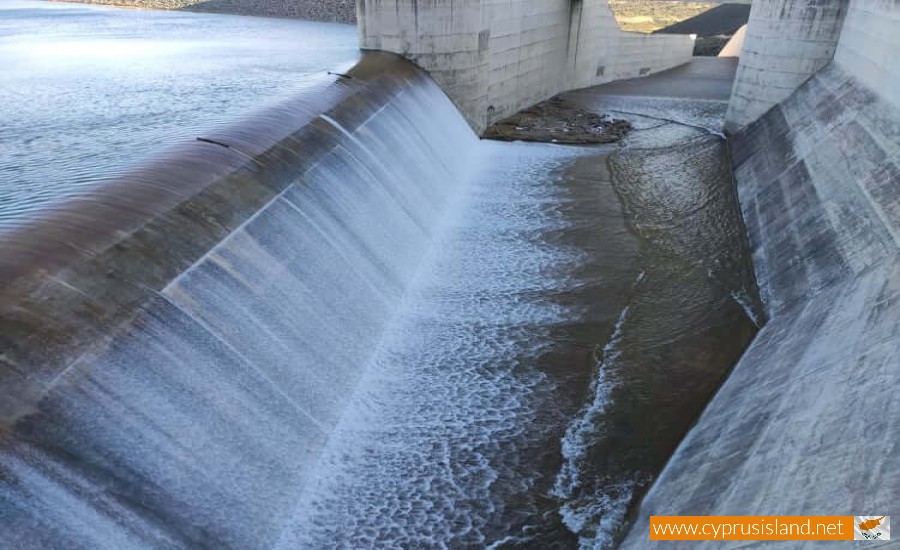 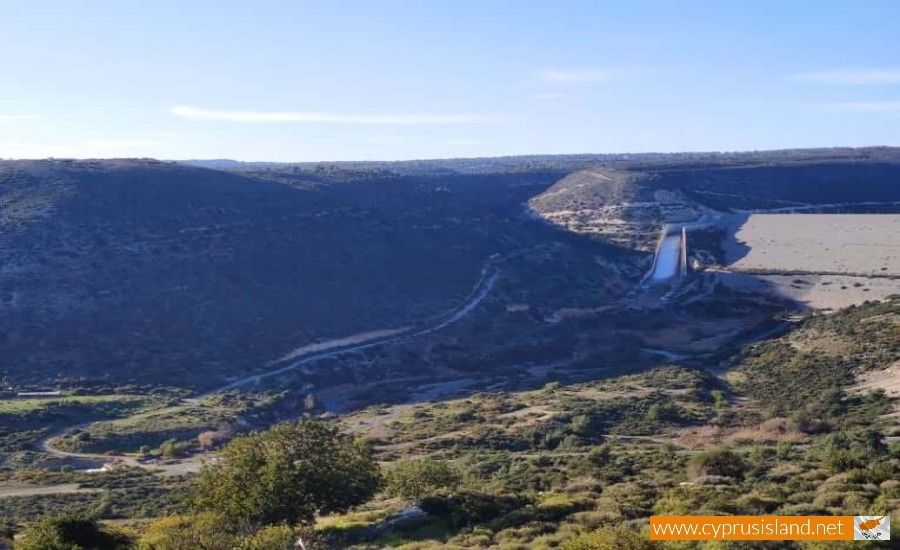 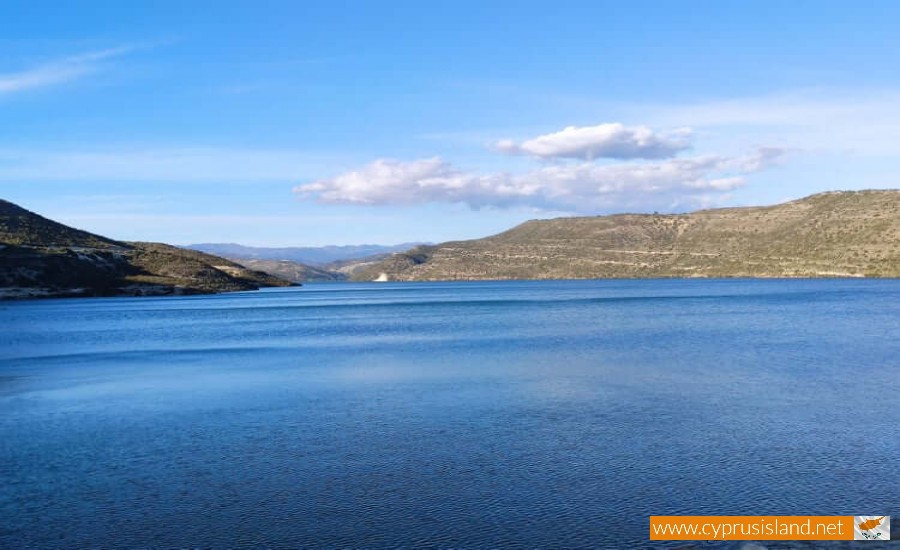 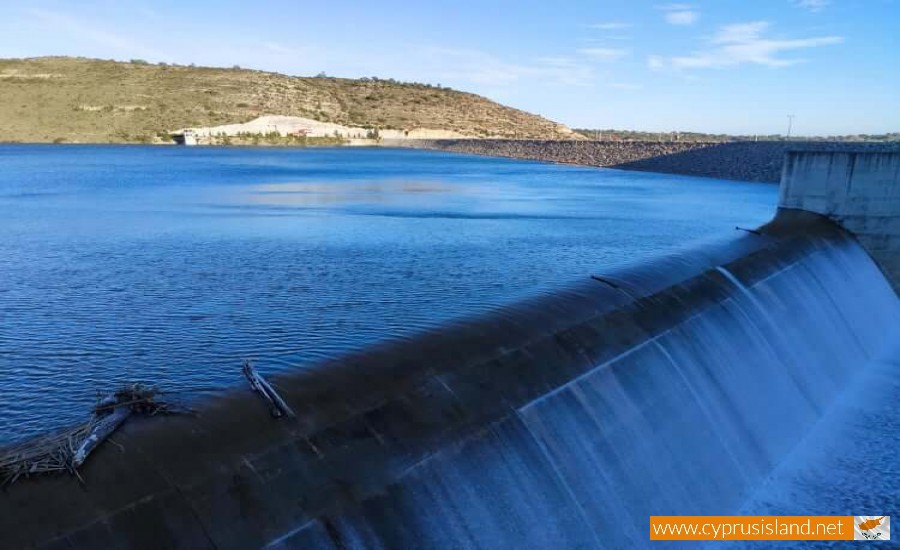 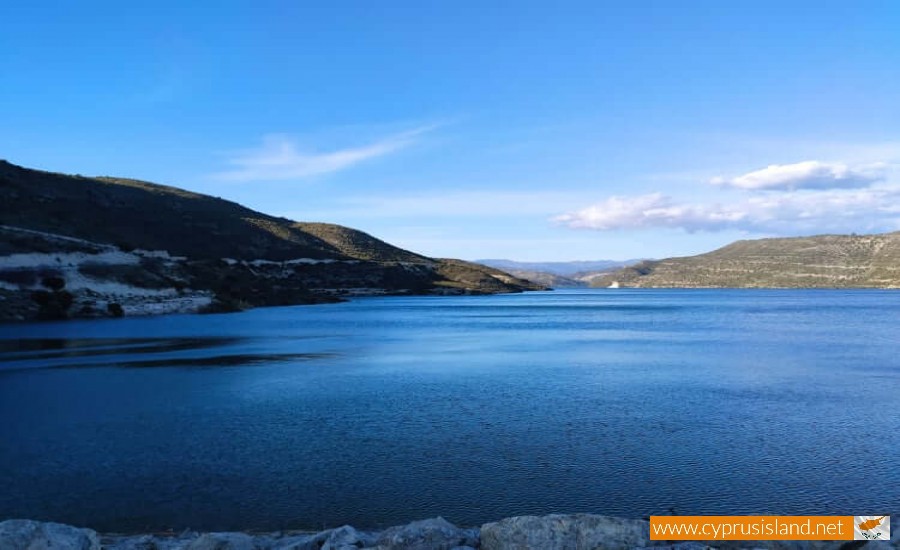