The Sia Mine - Red Lake is located on a small hill about 1 kilometre west of the Sia village, on the road which leads from Sia to the community of Mathiati in the Nicosia district.

The research and exploitation of the mine began during the period 1936-1943. The mining originally began with gold and silver which did not however have any results. In 1949 the mining activity moved to another company which dealt with the exploitation of pyrite and copper.

Today the area of excavation is a large basin which has filled with water. Even though the lake is a specimen of the destruction of nature from mankind, a magnificent image has been created. The reflection of the sun on the lake in combination with the remainder of the mines in the water create red and yellow colours creating an impressive location for visitors.

It is worth mentioning that the researches and the exploitation of the copper deposits of Sia had already began from antiquity and in particular from the Cypro Archaic until the Hellenistic period. 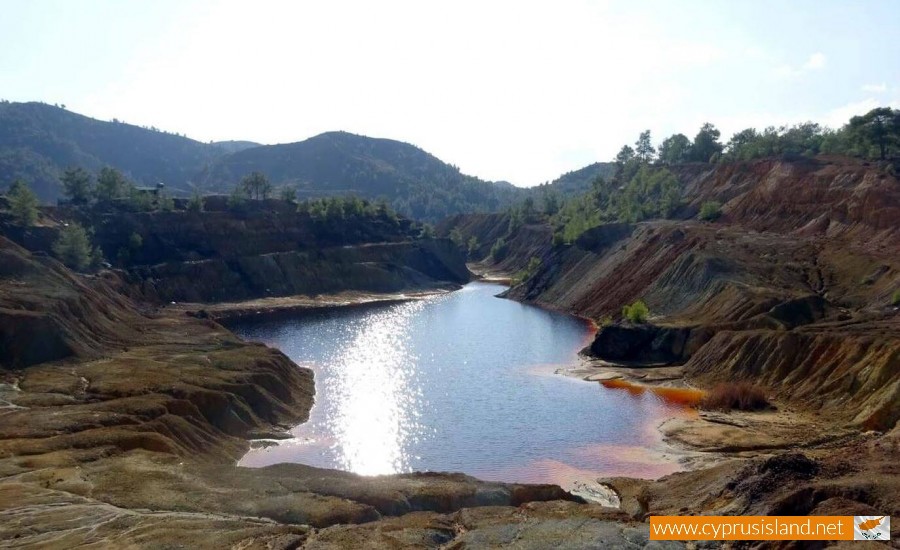 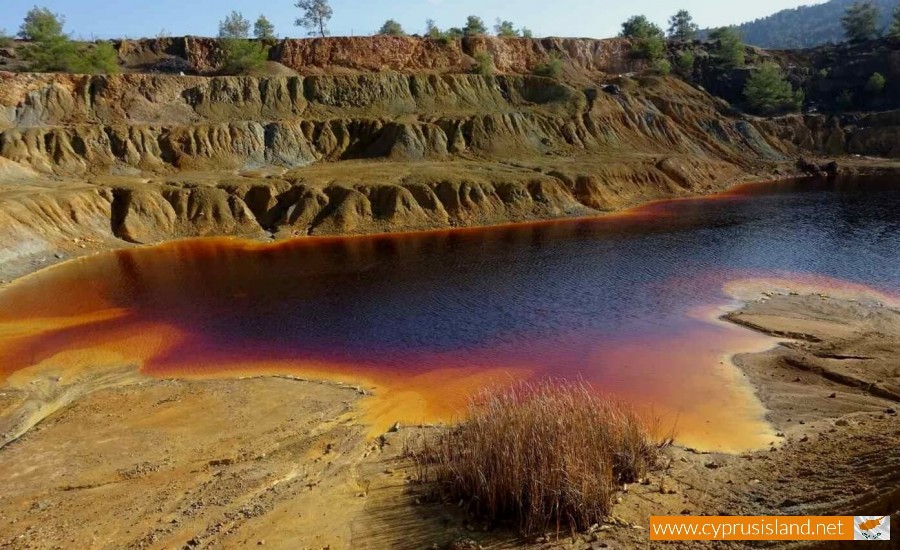 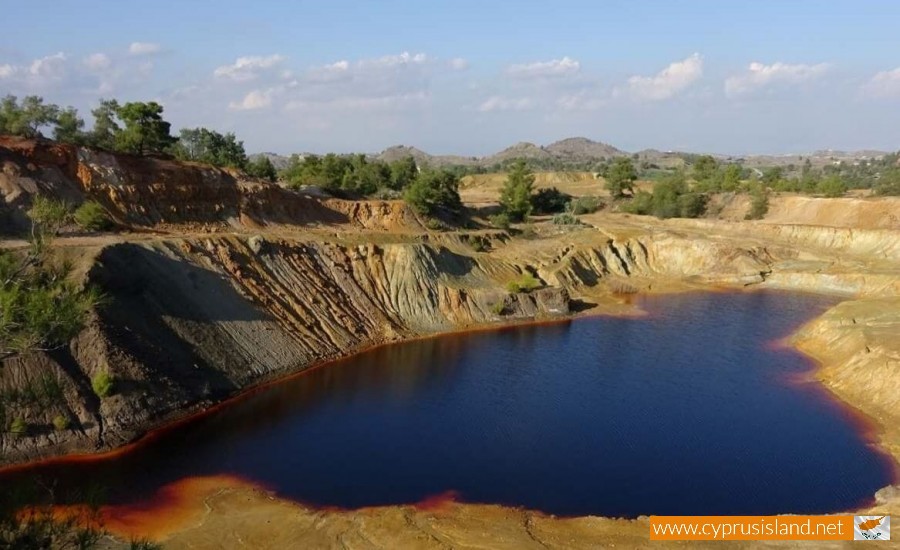 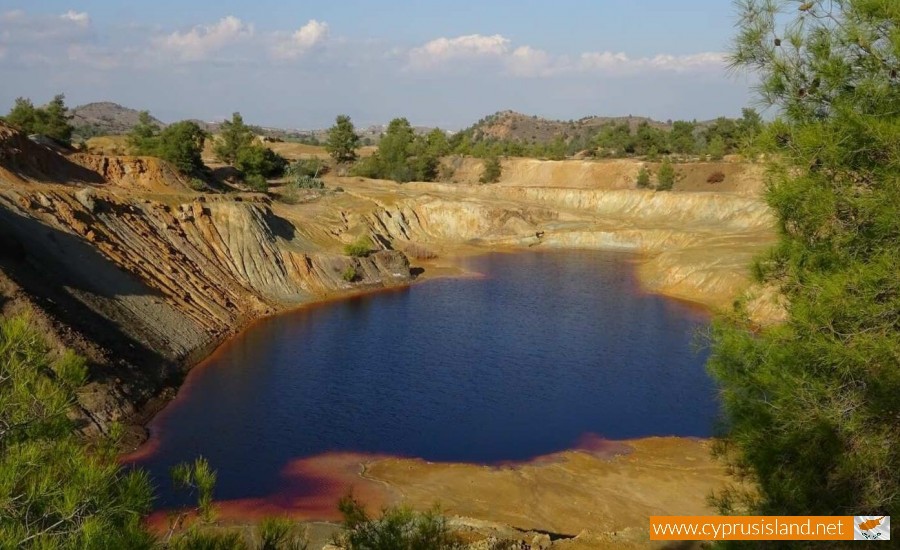 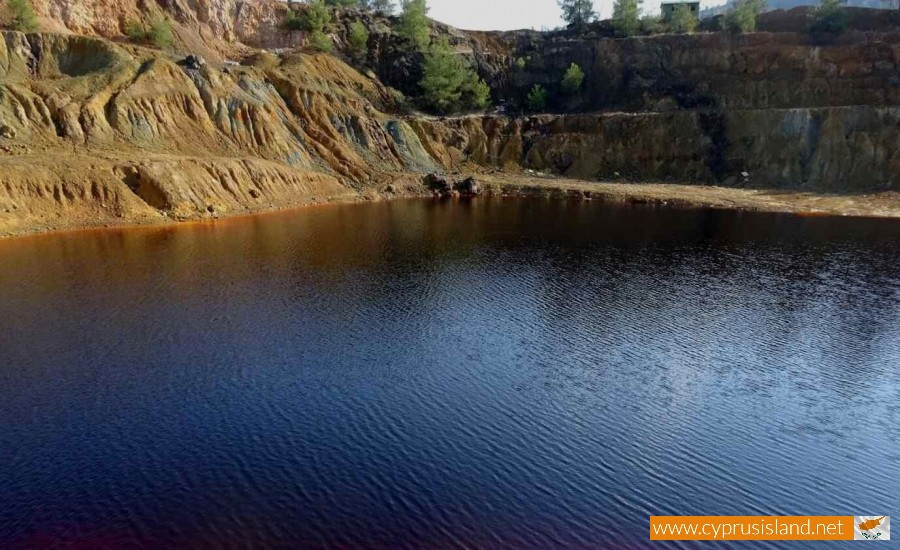 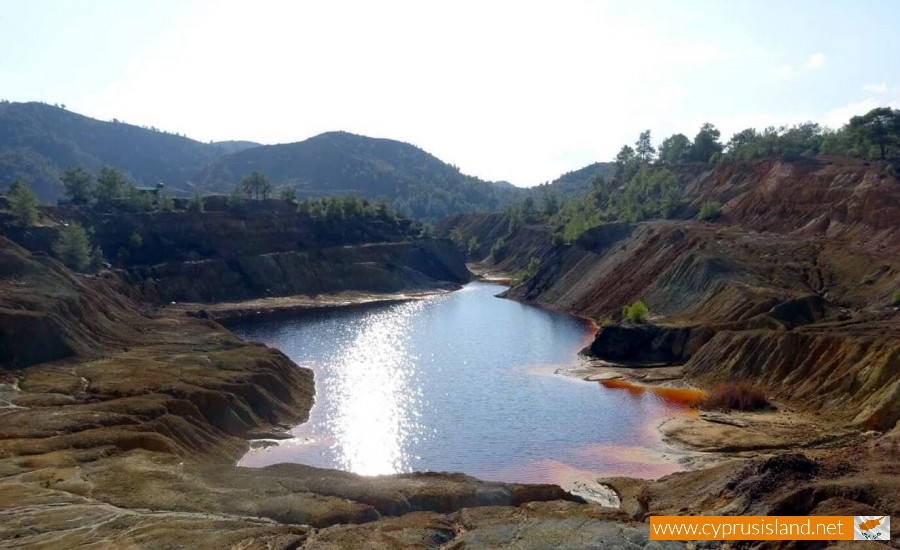 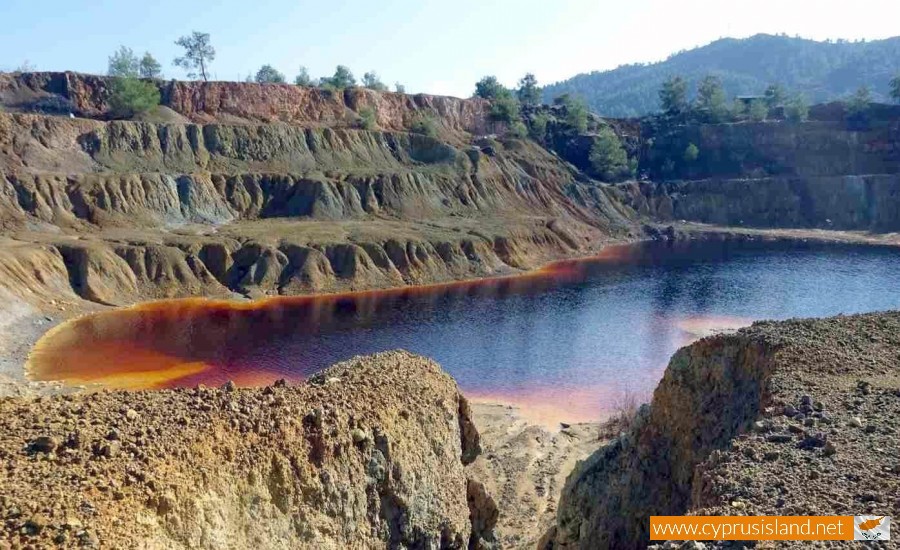