The Monastery of Panagia Chrysogialiotissa is located about 10 minutes passed the town of Polis Chrysochous in the village of Gialia in the Paphos district.

From the village of Gialia it is another 15-20 minute  drive under the cool shade of the pine trees to get to the monastery and it is situated in a beautiful location.

The monastery was founded during the first half of the 10th century A.D by the king of Georgia David the third Kouropalati and was under the protection of all the kingdoms of Georgia, creating a dynamic development centre of Georgian civilisation in Cyprus. It was a very rich monastery that operated a great copying manuscript workshop.

The monastery belongs to the trycocho temple with a dome. It is unique in Cyprus, but it is commonly seen in Georgia, in the area of Northeast Turkey from which David the third Kouropalatis was from. The interior of the temple has some decorations that have been saved such as the baptism of Jesus on the south arch, the Epitaph to the north, the 12 Prelates at the holy sanctuary. All the murals belong to the art stream of the Komninon Era (12th century).

The chapel of Agios Georgios was founded to the north side of the monastery during the 11th century. There is a display of the hours rid saint and an accompanying inscription. To the west of the chapel is a two storey bell tower.

The next construction phase began during the ruling of Tamar (12-13th century). Another chapel was built, another gate, as well as a water tank with clay pipes. During the end of the 13th century the south side was reconstructed with a great gate and four piers , on which there are Georgian inscriptions dated to the 13th and 14th century.

To the northeast of the monastery is the two storey cemetery temple of Agios Nikolaos, in which the monk ossuaries were placed in. The monastery was supplied with water from a mill that was located near the river bank that flows through Gialia.

The monastery had suffered many disasters from powerful earthquakes. It was eventually abandoned in 1571 after the island’s occupation by the Ottomans. Excavations brought to light glazed pottery, various metallic items (cross, bronze censer etc.) as well as gold and silver Byzantine and Luzonian coins. Today the monastery is in a good condition and can be visited due to an impressive protective construction that covers its buildings. 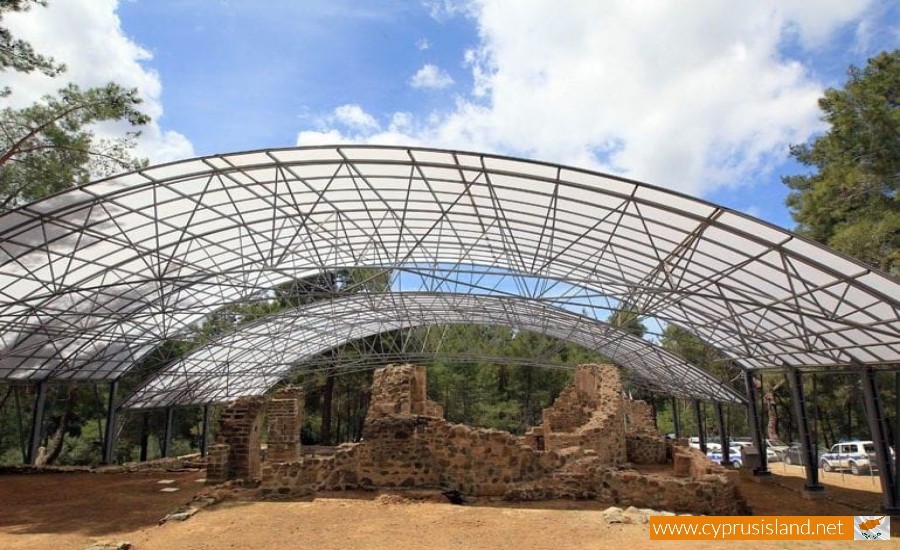 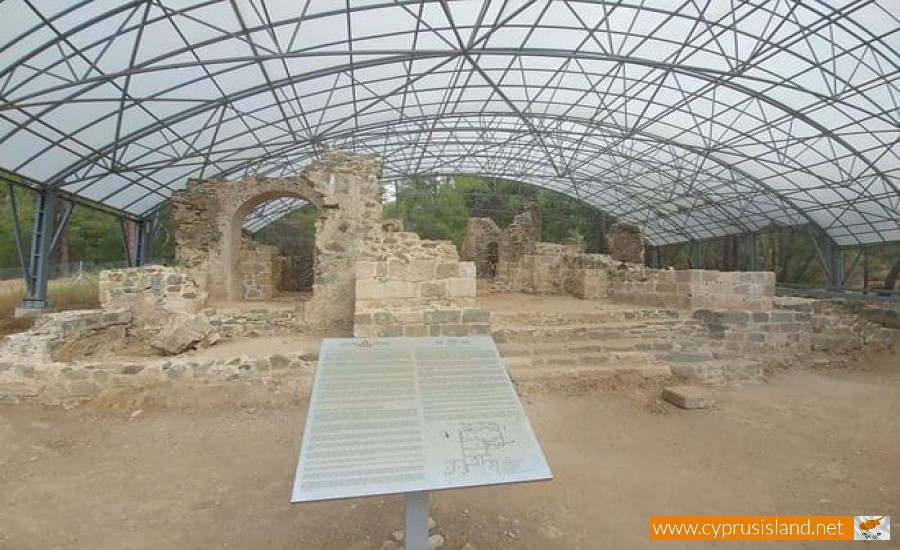 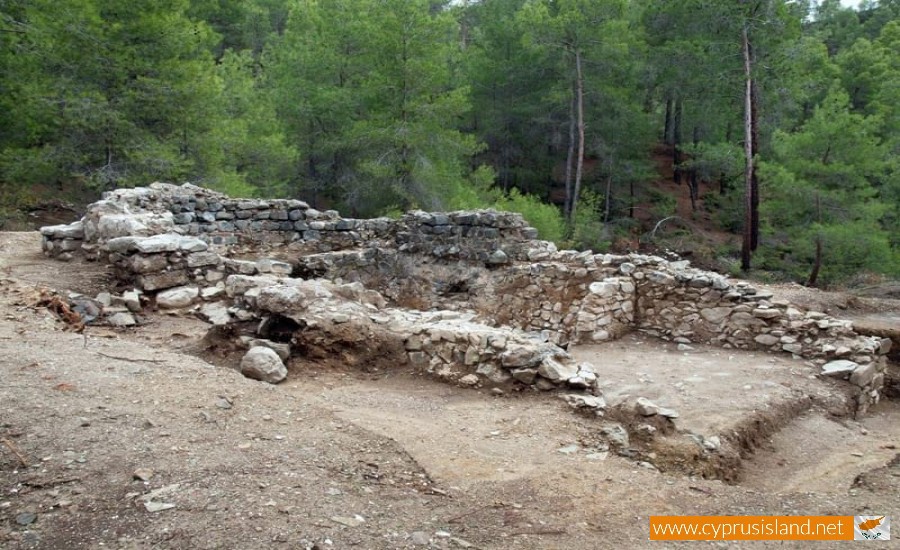 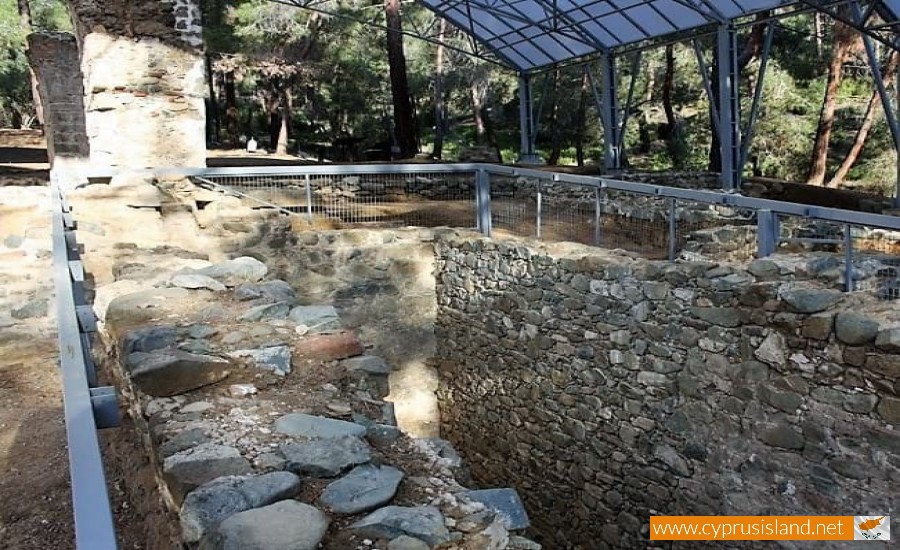 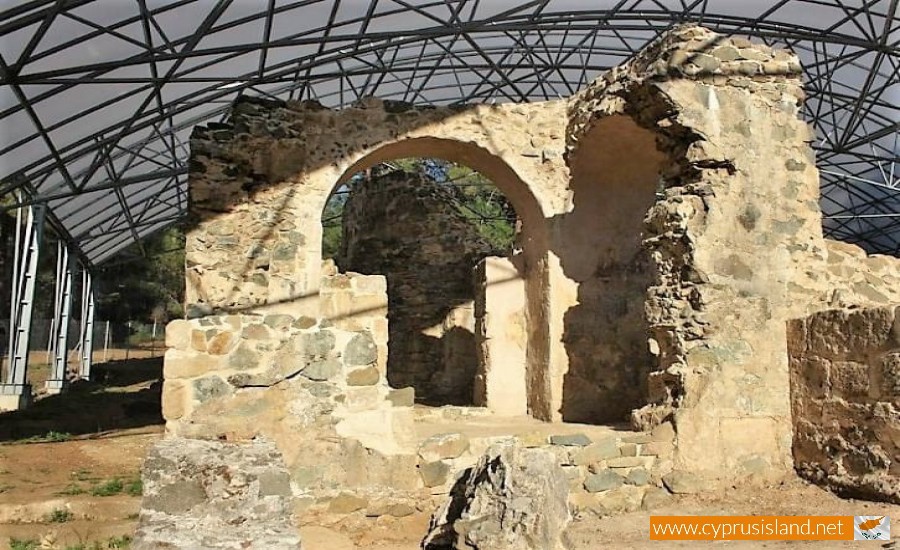