The Larnaca Medieval Museum is found in the Larnaca Castle which is located in Larnaca district at the south side of the coastal front of the historical core of the town. It is a construction made by the Ottomans during 1625 A.D, as the relevant inscription above the entrance states.

The castle was originally built during the end of the 14th century by the Louzininan king of Cyprus Jacob’ (1382-1398). It has been a part of the defence project which was made in order to patrol and protect the southeast side of the island which stretched from the Pyla bay until Cape Acrotiri in Limassol.

The original structure of the castle is not known. Some parts of the medieval architecture have been added to the Ottoman building and are visible from the south and east part of the castle.

During the ruling of the Venetians, the castle was strengthened , during the upgrading of the port’s role, not only due to the salt export but also the export of other items to and from the neighbouring Syria and Palestine coasts and of course the West. Towards the end of the ruling of the Venetians and near the Otttoman attack (1570) the Venetians chose to defend the axis of Ammochostos-Nicosia-Kerynia, leaving the castle of Larnaca. It is also mentioned that the Ottomans disembarked near the castle and chose the port of Larnaca as a base for their fleet.

The castle was reconstructed during 1625 by the Ottomans, after being abandoned. It was outfitted with weapons and a small guard of janissaries. From the mid-18th century, the castle demounted tragically and its role was to salute passing ships.

From the beginning of the British rule the castle was used as a police station and a prison until the mid-20th century. The west room of the ground floor was used by the British for the executions of the convicts. From 1948 it operated as the Larnaca District Museum until 1969 when it was inaugurated to today’s District Museum.

The ground floor which is dated from the Turkish occupation is a small museum with three rooms. In room I there are antiquities dated to the old Christian period. There are also relevant photographs of byzantine and after byzantine monuments in Cyprus.

In the main room II there are photographs relevant with the byzantine art of Cyprus.

In room III there are representative specimens of byzantine, medieval and Islamic bottled ceramics, metal utensils, guns, helmets and swords. The display is combined with rich photographic material relevant with the byzantine and medieval fortresses as well as the medieval architecture on the island. The east part of room III has been adapted relevantly to loft furniture.

In the interior courtyard of the castle there is a display of canons, some of which are dated to the medieval period. The courtyard is also used as a cultural events area. 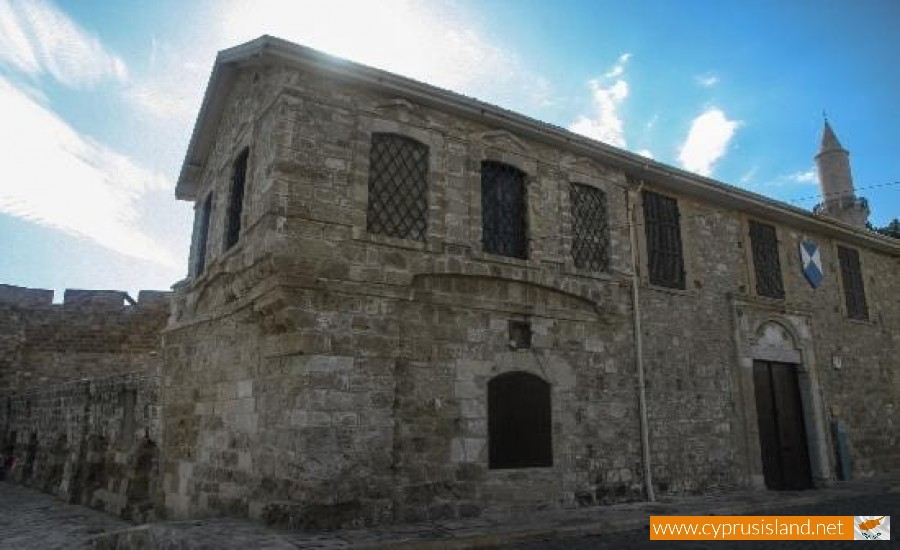 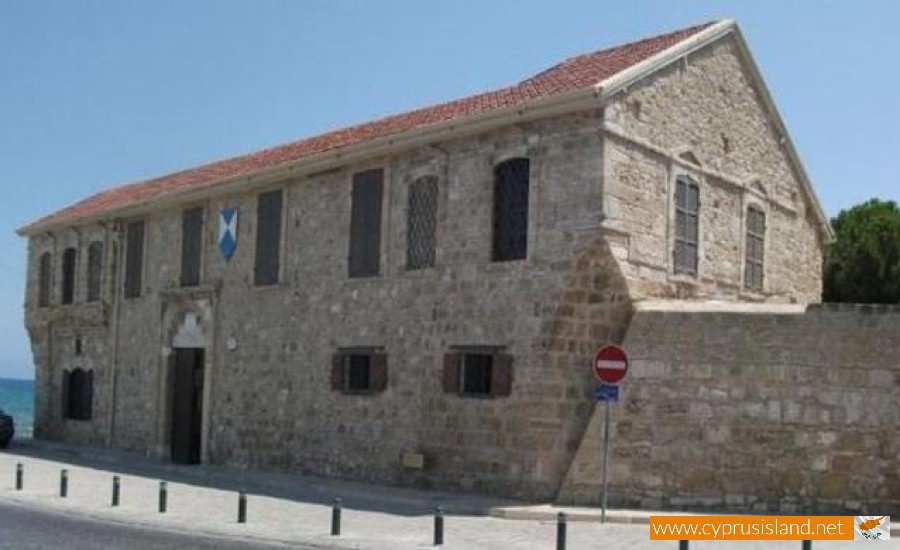 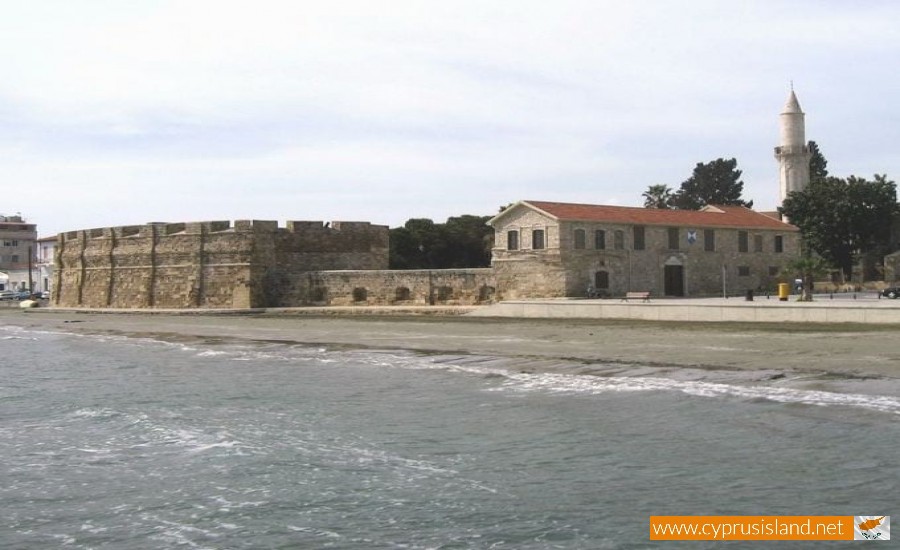 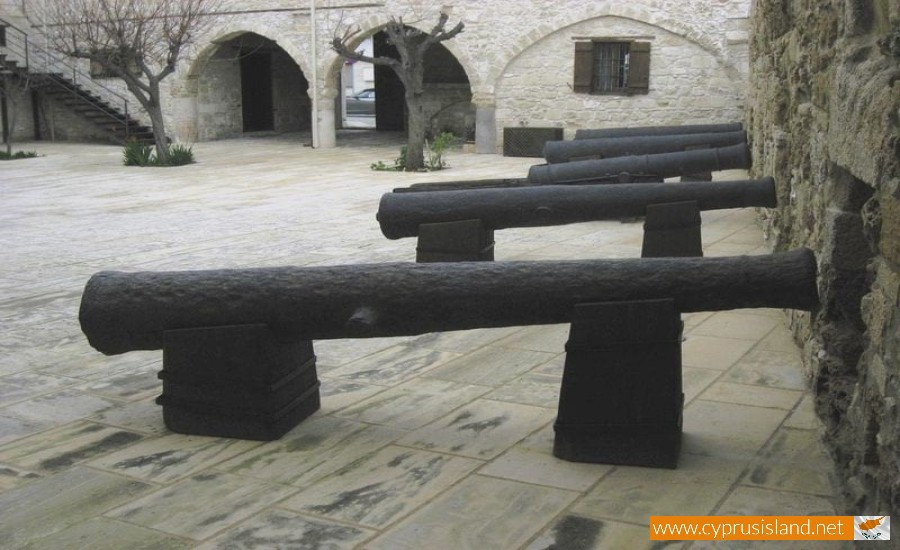 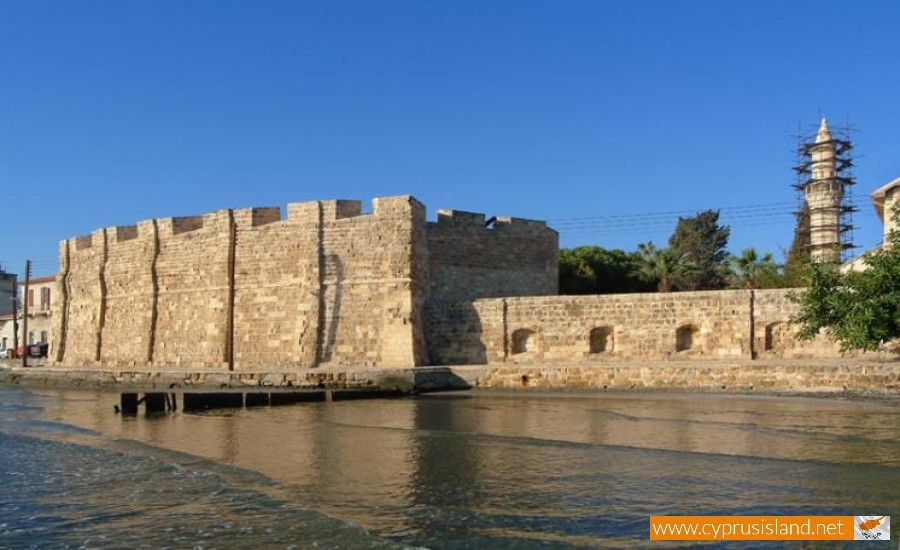